The news we all are waiting for… The 2019 F1 schedule has been released. The season will begin on March 17th with the Australian Grand Prix and finish on December 1 with the Abu Dhabi Grand Prix. This year will also mark an outstanding achievement in the history of the sport. On April 14th, at the Chinese Grand Prix, we will celebrate the 1000th Grand Prix since its inception in 1950. 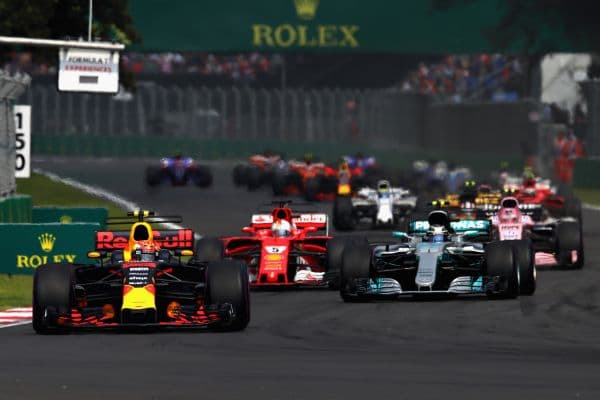 Chase Carey, Chairman and CEO at Formula 1 said: “It gives me great pleasure to announce that the draft of the 2019 FIA Formula 1 World Championship calendar is made up of 21 races, as it was this year. In addition, we are honoured the promoters of the long-standing Japanese Grand Prix have agreed to a new long-term deal that will ensure our loyal and knowledgeable Japanese fans will be able to enjoy Formula 1 for more years to come. I am also delighted to confirm that with the very valuable help of Mercedes-Benz, the German automobile clubs ADAC and AvD and the German Minister for Transportation and Digital Infrastructure, we have reached an agreement with the Municipality of Hockenheim and the promoter Hockenheim-Ring GmbH which will allow to once more race at this iconic circuit also in 2019. This demonstrates how all stakeholders within Formula 1 are working together to ensure the long-term future of the sport and its fans.” 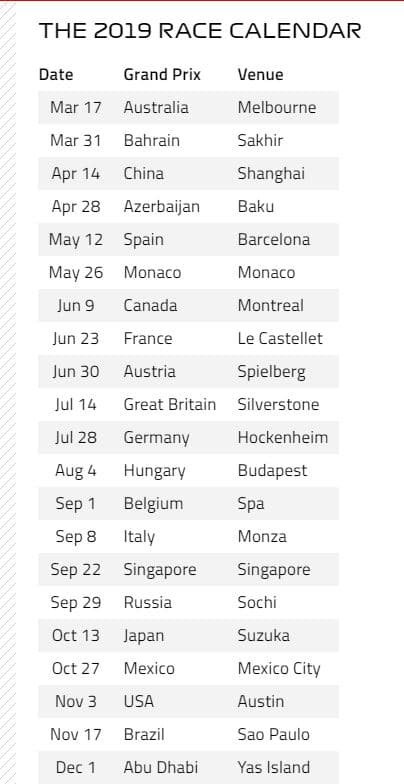 Lewis and the others

Lewis Hamilton is considered to be the star this season too. The British driver is the ultimate favourite to win the title. At Novibet you can find him at odds 7/10. You can combine your bet with Mercedes for Constructors Championship Winner (offered at odds 1/2 @Novibet) and you can have a powerful duo at your betslip. And you can watch the rest of the action with no worries at all. Unless you think you can guess the rest of the drivers who will be at top-3. Do you think Sebastian Vettel(2/13) could be the one? Or perhaps Valtteri Bottas (2/5)? Unless you’d like to spice things up and pick Pierre Gasly. As an underdog, he is offered at odds 5/2. Not bad don’t you think? The decision, of course, is yours. But don’t before you place your bet, make sure that you have read our guide.