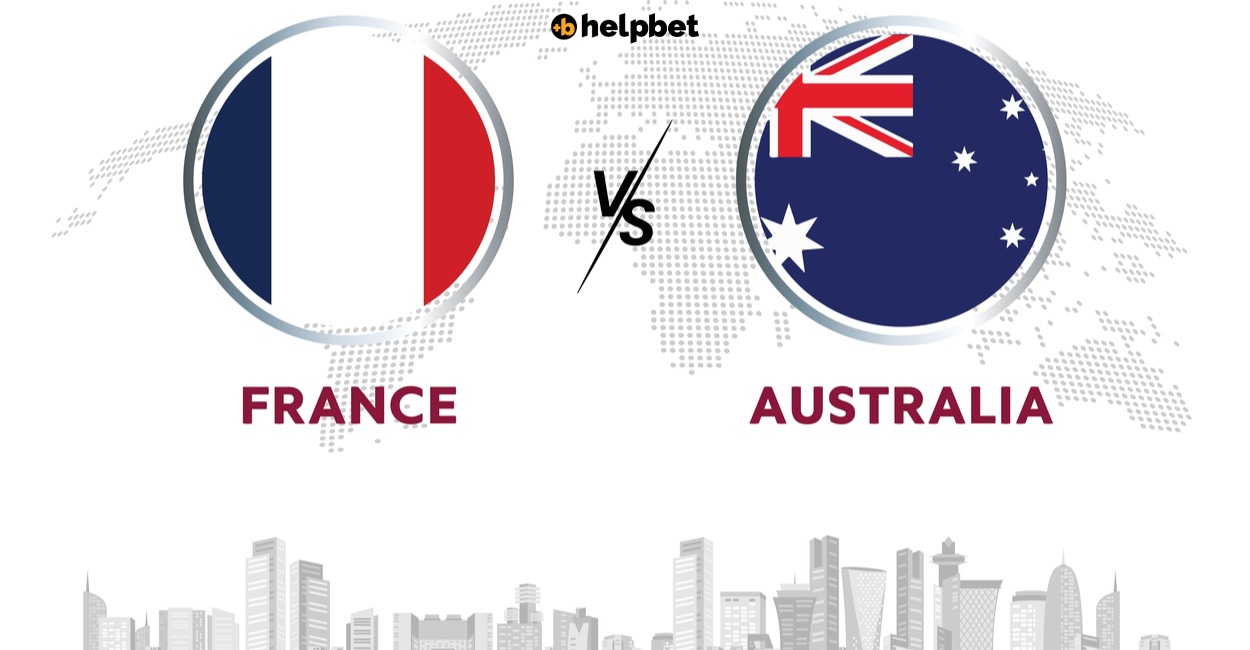 The reigning World Champions begin this World Cup campaign against a team that has suffered three straight group-stage exits. This France vs Australia match is a contest between two injury-plagued teams.

Don’t forget that you can wager on France vs Australia risk-free, with a free bet offer.

France went all the way four years ago, in Russia, winning the World Cup for a second time. But things haven’t been going Didier Deschamps’ way, despite him having to manage one of the most impressive rosters in international football. The French underperformed in Euro 2020, while their performance was abysmal during the 2022-23 Nations League.

Off-the-field problems were enough by themselves, but now there is an array of injuries that puzzle Deschamps. The country’s top two midfielders, Kante and Pogba, are out of the tournament, as is the Ballon d’Or winner, Karim Benzema and Leipzig striker Christopher Nkunku. Raphael Varane will miss this France vs Australia match as well.

The two attacking absences are easily replaceable for France, as the roster consists of players like Kylian Mbappe, Olivier Giroud, Antoine Griezmann, and Ousmane Dembele.

France isn’t the only team to deal with injury issues. Just two days before the France vs Australia match, Martin Boyle had to withdraw from the team. Australia had to fight till the end to be in Qatar, as the Socceroos qualified from a penalty shootout against Peru, where goalkeeper Andrew Redmayne was the team’s hero.

Anything but an easy win would spell disaster for France. I expect them to win by two goals or more.