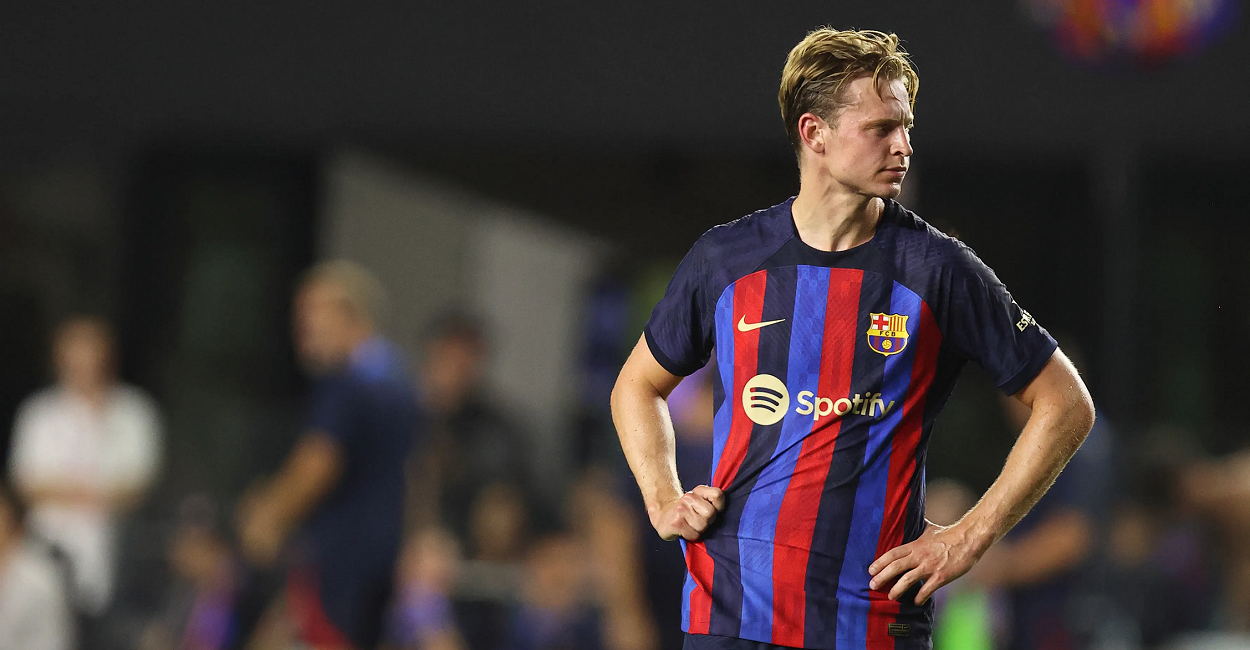 The Frenkie de Jong transfer rumours began even before Erik ten Hag officially joined Manchester United. The Dutch playmaker was (and still is) the Red Devils’ primary target this summer and they haven’t yet given up on signing him. Barcelona have rejected every offer thus far, but now the main suitors are two, as Chelsea have joined the hunt.

Frenkie wants to stay at Barcelona. This is a fact. And the club’s coach, Xavi, wants to build his midfield around him, as de Jong is probably one of the few players that actually remind him of himself at a younger age. The same is true for Barcelona’s president Joan Laporta, who said, “Frenkie’s our player, and we want him to stay at Barcelona.”

The problem is that the team’s finances necessitate the sale of a couple of hefty contracts, such as de Jong’s. The club asked him to take a wage cut, which he refused. So his sale has been promoted as the only solution to this issue all summer. For a long time, United had been the frontrunners. De Jong and ten Hag know each other from their time together at Ajax and the money didn’t seem to be an issue for the English club. But every offer they have made has been short of Barcelona’s minimum demands.

Chelsea joined the race for the Dutchman recently and their initial offer was better than anything United have put on the table. Sources say that Barcelona are seriously considering accepting the offer of €70 million plus Marcos Alonso.

It is expected that United will try to match that offer.

Manchester United was on top of the odds list up until a few days ago, but right now going to Chelsea is thought to be the most probable outcome, followed by his staying at Barcelona. Check all odds on energybet.