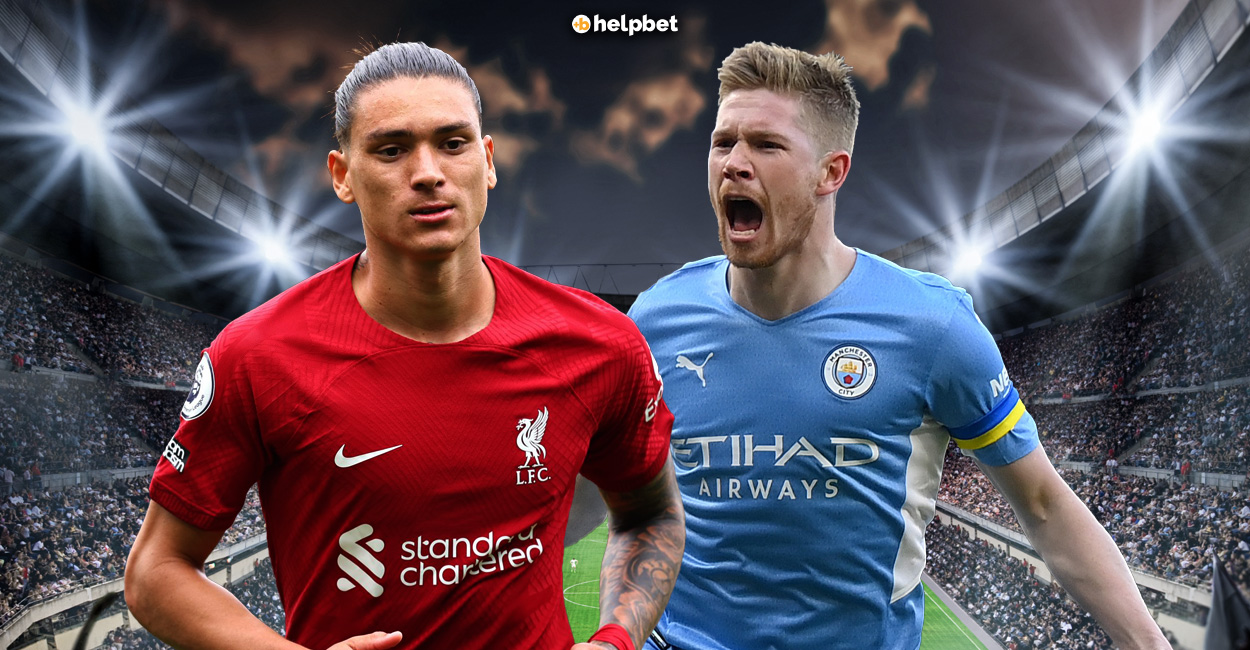 There is a notion that the enemy of my enemy is my friend. This was the case for Liverpool and Manchester City fans for decades. But suddenly this became the ultimate football clash in England (and maybe Europe). Liverpool vs Manchester City was the first fixture to be circled in the season’s calendar when the Premier League schedule was announced. Even though it no longer feels like a title decider, it remains one of the most important football games of the weekend.

Liverpool and Manchester City have dominated the Premier League for the past 5 years. They were playing in a league of their own and they were the absolute favourites to win the title this time around as well. Now they are facing each other, but this Liverpool vs Manchester City match seems different. The Citizens are unbeaten, with 23 points, while Liverpool only have 10 and are struggling to stay close to the top of the Premier League standings.

Now City’s odds to win the Premier League title are at 1.25, despite sitting one point behind Arsenal. As for Liverpool, they are no longer second favourites. The Reds are fifth on the list, valued at 31.00.

Liverpool and Manchester City faced each other in the Community Shield. This is the Citizens’ only defeat so far this season. Liverpool fans were ecstatic about the potential of their team. They were dreaming of winning the league with ease and people online were arguing (without trolling) that Darwin Nunez will score more goals than Erling Haaland.

Since then, City have scored 44 goals in 13 matches (Haaland and Foden are responsible for 27 of those). They are the most impressive team in Europe, as Liverpool are disappointing.

If someone only takes a look to what they both did in the Champions League this past week, they might get the wrong idea, as Liverpool beat Rangers 7-1 in Glasgow, while City drew their match in Copenhagen, playing with 10 men for most of the game.