Not so “Special One” anymore 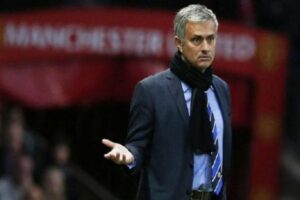 When Jose Mourinho stepped on Manchester said that he would be United’s head coach for 15 years. He lasted less than three. Today he was sacked after the club’s stuttering run of form led to their worst-ever start to a Premier League season. It was Mourinho’s relationship with key members of his playing squad or the swagger and charisma which made him one of the hottest properties in world football has finally gone? No one can really tell but one thing is for certain. Mourinho leaves United in sixth place in the table. And now they have to face the future for the rest of this season. Michael Carrick will look after affairs before the club appoints an external candidate.

The shortlist and the odds

Who would it be the one to replace the “Special One”? Is Zinedine Zidan the right man to replace Jose Mourinho? Τhe Frenchman had overseen three consecutive Champions League triumphs by the time he left Madrid. Fans believe that he could have the type of influence that Klopp has over Liverpool or he could produce the style of football Pep Guardiola has in Manchester City. Bookies, on the other hand, gives a 9/2 for Zidane.  Chelsea’s former manager Antonio Conte is also on the shortlist with odds 20/1. Not so appropriate choice in terms of game style experts say. Another candidate with an attacking style of football, the one that United fans like so much is Leonardo Jardim. The Portuguese guided Monaco to their first Ligue 1 title in nearly two decades in 2016-17. The odds for Jardim to replace his compatriot are also 20/1.

Two other “hot” names for United bench are Arsene Wenger (odds 25/1) and Massimiliano Allegri (odds 33/1). Wenger was thought to head to Munich and replace Niko Kovac. It seems very difficult to go to Old Trafford, but can you imagine the fun of it? Allegri has won Serie A with AC Milan and looks capable of presiding over a Ferguson-like spell of dominance with Juventus. Also unlikely, but then again you never know. the shortlist is filled with former United players such as Laurent Blanc (7/4), Ole Gunnar Solskjaer (4/1) or Ryan Giggs (33/1). At this point, no one can really tell or predict the successor of Jose Mourinho. One thing is for certain. United just needed the change.