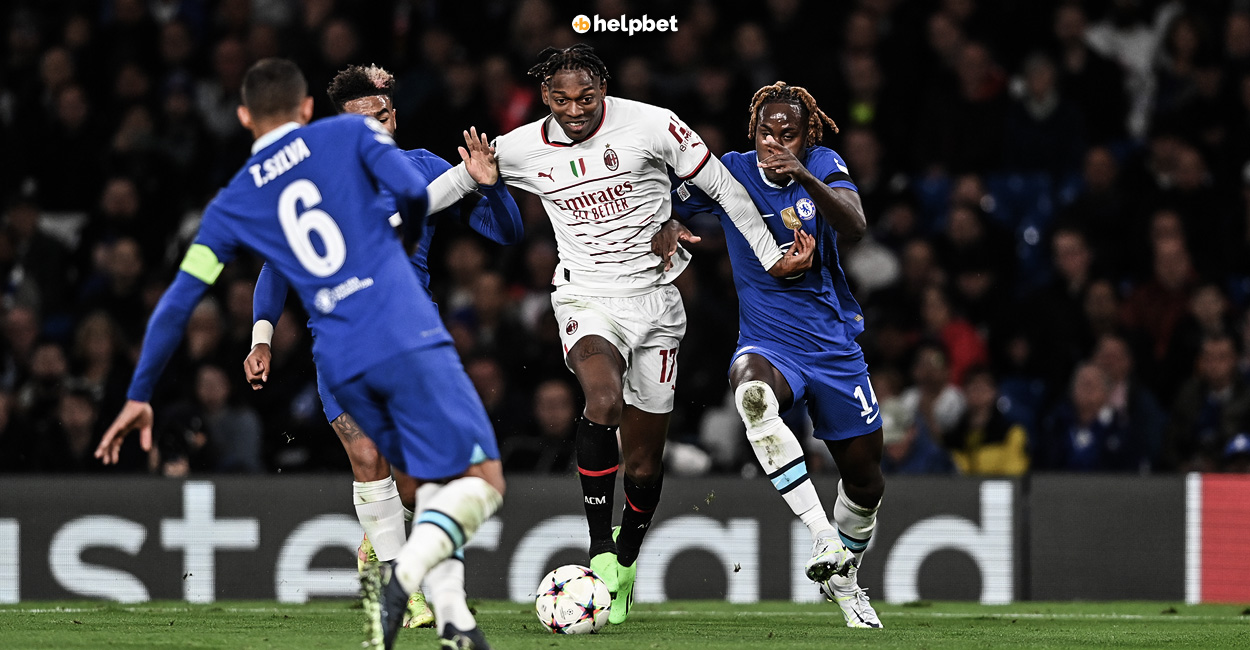 A week after their meeting in London, Milan and Chelsea face each other again. The Milan vs Chelsea game in San Siro is crucial for what is to come for both clubs, in a Group E that is wide open for predictions. Last Wednesday, Chelsea recorded a comfortable win, but will it feel the same in Northern Italy? Helpbet.com brings you the odds, all the team news, and everything you need to know about the biggest match in Tuesday’s schedule. This is Milan vs Chelsea.

After three games, all four Group E teams dream of moving on to the Champions League 2022-23 knockout stage. Salzburg are top of the group, with 5 points, Chelsea and Milan have 4 apiece (Chelsa have the upper hand in case of a tie, at least for now), and Dinamo Zagreb trail with 3 points (thanks to that 1-0 win over Chelsea).

Chelsea had a mediocre start to the season, to say the least. They have a quality roster but something was wrong. After Graham Potter took over, the teams got a confidence boost and probably that is what it was missing. Two wins in the Premier League (an easy one against Wolves and a toughie at Crystal Palace) and the 3-0 against Milan in the Champions League brought smiles to the fans’ faces.

A second win over Milan will practically mean qualification for the Blues, while a draw isn’t necessarily the end of the world, as Chelsea keeps the upper hand when it comes to tie-breaking situations.

N’Golo Kante remains doubtful, while Wesley Fofana is definitely out, after injuring his knee.

But it is unfair to talk about Chelsea’s injury issues. AC Milan might be cursed. The injury list features the likes of Maignan, Florenzi, Messias, Kjaer, Calabria, Saelemakers, Ibrahimovic, and De Ketelaere. At least Theo Hernandez returned against Juventus and will start at left-back on Tuesday.

Injury-plagued Milan managed a comfortable 2-0 victory versus Juventus, which was more than just 3 points on the table. It was a true morale injection.

Visiting Chelsea are the favourites to win against a Milan team that shall miss more than a couple of key players. Chelsea’s win is valued at 2.35, while Milan are offered at 3.10. The draw is valued at 3.40.