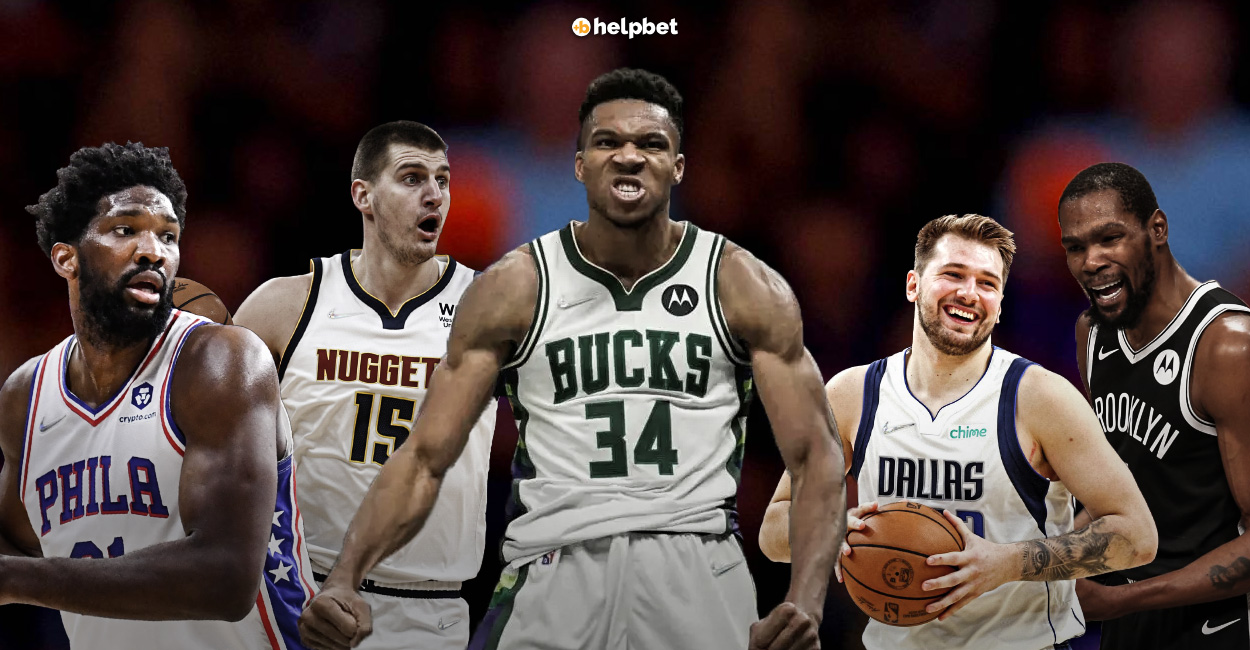 The NBA MVP award has become somewhat of a European thing in the last few years. James Harden of two trades ago was the last American to claim the honour in 2018. From then on, Giannis Antetokounmpo won two in a row, followed by back-to-back awards won by Nikola Jokic. Four out the five NBA MVP favourites are international players.

The 2022-23 NBA season is set to start, so here are the (super early) NBA MVP odds. Helpbet brings you the favourites and makes a case for each one of them.

The Phoenix Suns, the Sacramento Kings, and the Atlanta Hawks must feel pretty bad for passing on Luka Doncic in the 2018 draft. From the moment he joined the NBA, the Slovenian kid showed he is something different. The youngest ever Euroleague MVP, the man who led Slovenia to a Eurobasket Championship. If he manages to create a good pick-n-roll duo with Christian Wood and his Mavericks finish in the top 3 of the ultra-competitive Western Conference, then Luka will be a no-brainer as an MVP candidate.

Twice now has Embiid finished second in NBA MVP voting. The Sixers big man is one of the two most outstanding centers in the league (we will visit the second one pretty soon), and if he remains healthy (which is a big if for Embiid) he can truly dominate the league. The fact that he finished second in voting two times in a row is a strong indicator. As long as the Embiid-Harden experiment works in Philly, Embiid will be among the candidates for the award.

The Greek Freak is the most dominant force in the NBA. So dominant that resembles players of times thought to have gone by for good. He is as unstoppable as Chamberlain and Shaquille O’Neal. Many believe when could have won at least one of the past two NBA MVP awards and he didn’t because of voter fatigue.

Speaking of voter fatigue, Nikola Jokic has to put on a statistical marvel of a season to overcome this factor. Nobody has won three in a row since Larry Bird in the mid-80’s. Michael Jordan never won three in a row.

We don’t know for sure where KD will be playing this season. So how can you evaluate his chances of being the best of the best? That being said, he is the most complete scorer in the NBA right now.

How to bet on the NBA MVP