Who will be the next James Bond? What odds say 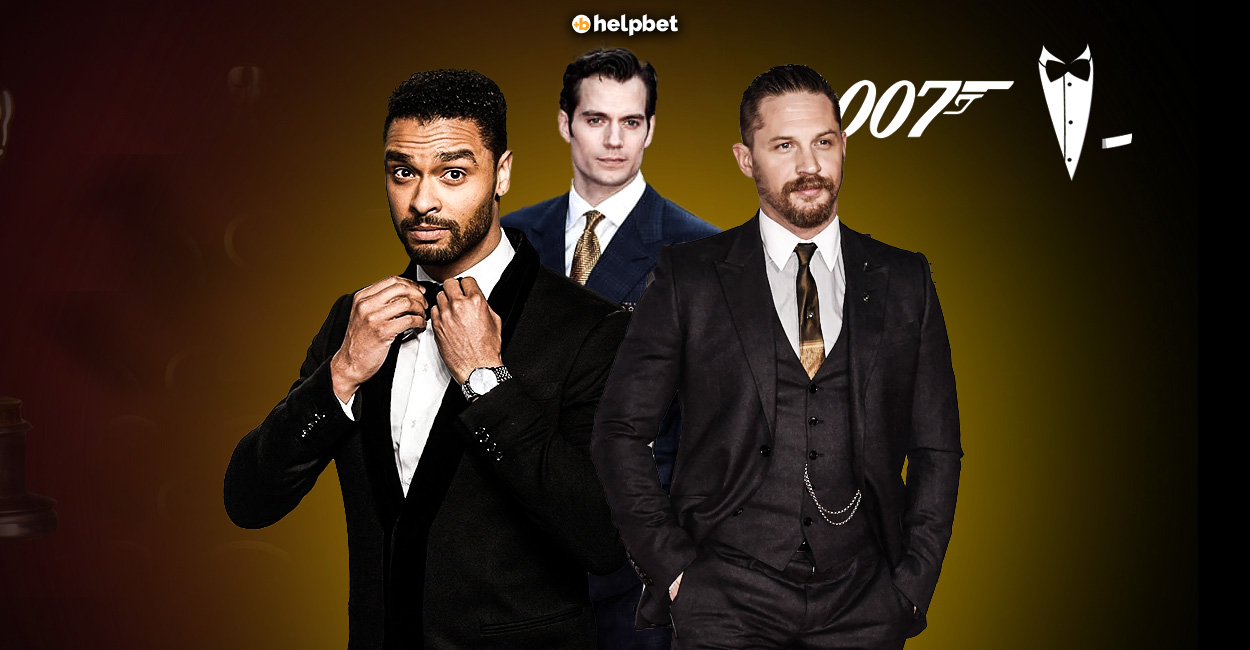 Who will be the next James Bond? Speculation started ever since it was announced that No Time to Die would be Daniel Craig’s last appearance as the legendary MI6 agent. We are probably still two years away from answering the question, but it is never too early to imagine the next incarnation of such a beloved movie character.

James Bond was loved by the masses ever since he was first introduced by writer Ian Fleming, back in 1953. In 1962, Sir Sean Connery portrayed 007 for the first time on the big screen and the story reached a cult-like status. And all that for a secret agent who took his name from an ornithologist, as James Bond was a true hero for Fleming, who was an avid bird watcher.

But who’s the next James Bond going to be? EON’s choices, so far, have been hit-or-miss. Sean Connery was legendary. George Lazenby was a flop. Roger Moore was loved as Bond at the time, but both his films and his acting seem cheesy now. Timothy Dalton was a great actor, but probably not the best choice for the role. Pierce Brosnan revitalised the franchise in the 1990s. And Daniel Craig has been the most polarising Bond ever. Some love him, some absolutely hate him. It’s easy to see why it is so difficult to pick the next James Bond.

There has been speculation about many Hollywood stars. But recently producer Michael G. Wilson ruled out a few of them, even if he did it indirectly. He said that EON is looking for an actor (preferably British) in his 30s. Remember, Bond’s already a veteran. He’s had some experience. He’s a person who has been through the wars, so to speak. He’s probably been in the SAS or something. He isn’t some kid out of high school that you can bring in and start off. That’s why it works for a 30-something.”

Does that mean that Tom Hardy (45), Cillian Murphy (46) and Idris Elba (50) are absolutely eliminated? We don’t know. We only know what odds have to say.

Let’s see what the favourites for the next James Bond are, according to bookmakers.

Bridgerton’s star Regé-Jean Page is the number 1 candidate for the role, according to the odds lists. The 34-year-old London native only played in the first season of the series, before moving on to bigger movie roles. In 2021 we won the NAACP Image Award for Outstanding Actor in a Drama Series. If chosen, he will be the first black man to portray Bond. And, boy, does he look good in a suit…

Henry Cavill is widely known as the latest Superman. But the 39-year-old actor from Jersey has already played a British hero, Sherlock Holmes, in the Netflix film Enola Holmes. His most Bond-like role, a casting call many would say, was 2015’s The Man from U.N.C.L.E. where he played an English secret agent during the Cold War. And he was selling it!

Tom Holland was a revelation as Spiderman. He was so good, that many viewers thought he is a New Yorker. But he is from London and he made his name as the title character in Billy Elliot the Musical, at London’s Victoria Palace Theatre. He is 28 years old, so maybe a little young (and he looks even younger), but he will be 30 before the next James Bond movie is shot.

Yet another Londoner on the list. It seems like there is no role Tom Hardy cannot play. He was Mad Max, we was Bane in the Dark Knight Rises, he was Venom, and he was amazing in Inception, The Revenant, and Dunkirk. He is also a pretty good martial artist, as he attended Roger Gracie’s Brazilian jiu-jitsu school and won gold at the 2022 UMAC Brazilian Jiu-Jitsu Open Championships. He might be slightly older, at 45, but in his case, age is certainly just a number.

Idris Elba is one of the hottest names in Hollywood. Born in (where else?) London to African parents, Elba worked in nightclubs as a DJ before beginning to audition for small TV roles. Thirty years later, he is one of the best-paid actors in the world, having played the title characters in Luther and Mandela: Long Walk to Freedom. If chosen for the role, he will be the oldest actor to debut as James Bond. The oldest so far was Roger Moore, who was 46 when started his 007 career in 1973.

At last a non-Londoner! Jack Lowden is actually Scottish (although he was born in England in 1990). He rose to fame in 2016 through the BBC miniseries War & Peace. His biggest roles to date are the portrayal of Morrissey in the biopic England is Mine and that of Lord Darnley in Mary Queen of Scots.

Welsh actor Taron Egerton played the poor man’s James Bond in the Kingsman series of films. He has often stated that he would be honoured to play 007. He’s got the action aspect, but for many, he is way too baby-face to stun a woman with his suit and smoothness.