Who will be the next NBA Champions? Odds and favourites 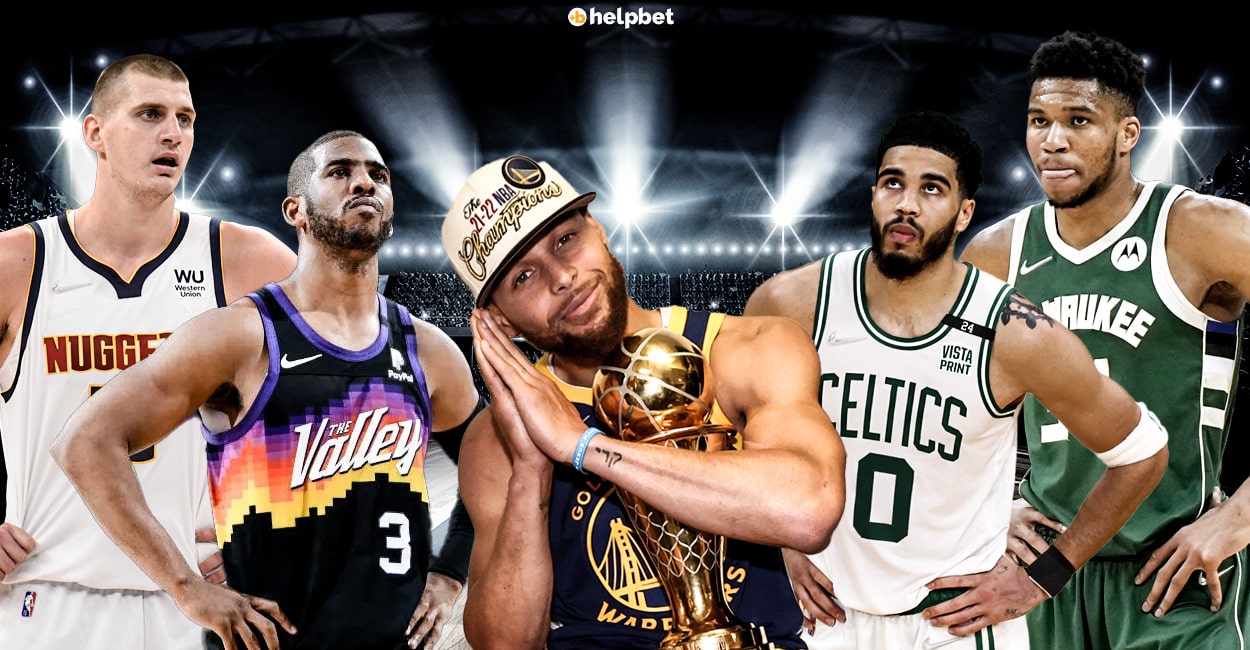 The Golden State Warriors won their 4th NBA Championship in 8 years. The fourth of the Steph Curry, Klay Thompson, and Draymond Green era. The 2022-23 NBA season is about to start. After an 82-match marathon, plus the playoffs, the next NBA Champions, the team to lift the Larry O’Brien trophy, will be crowned next June. But who will be the next NBA Champions? Here are the odds, according to the NBA bookmakers.

One of the deepest teams in the league, our generation’s dynasty. Steph Curry, Klay Thompson, and Draymond Green are not alone. There are Andrew Wiggins, Jordan Poole, Kevon Looney, Jonathan Kuminga, Donte DiVincenzo, Andre Iguodala, James Wiseman, JaMychal Green. Yes, there was this incident, with Drey punching Poole during the pre-season, but the problem between them looks like it is already resolved. It is of no surprise that the Dubs are top of the odds in the Western Conference.

Last season’s finalists, the Boston Celtics, have a pretty solid young core of Jason Tatum, Jaylen Brown, and Marcus Smart. It is yet unknown how they will work under interim head coach Joe Mazzulla after Ime Udoka was suspended for the entire 2022-23 season. The Eastern Conference is loaded and for many the true favourites to win the Eastern Conference Finals (and maybe the Favourites to be the next NBA Champions) are the Bucks. Speaking of which…

Giannis Antetokounmpo and his gang. The Bucks have the most dominant player in the league, but last year it became evident that in order for them to be successful, the whole Big-3 needs to be healthy. Giannis needs his lieutenants, Khris Middleton and Jrue Holiday. The problem with Milwaukee is that the team does not have the depth of other contenders.

Health is the issue with the Clippers, as well. The duo of Kawhi Leonard and Paul George is second to none in the NBA. But they have to stay healthy in order to compete and help the Clippers break the curse of them being nothing more than the Lakers’ poor neighbours. They have assembled strong teams in the past, but never reached the NBA Finals.

There is no team that has a more talented Big-3 than the Nets. Kevin Durant, Kyrie Irving, and Ben Simmons form a triangle that could be any coach’s dream. But at the same time, no team has such a time bomb ready to explode. Brooklyn’s stars have only caused problems, they hand and un-hand transfer requests, and they seem like they hate Steve Nash’s guts. A coach they asked the team to sign.

Two years ago, the Suns touched the Championship, before Giannis “stole” it under their nose. Chris Paul is not getting any younger, but he still forms one of the league’s backlines, along with Devin Booker. Unfortunately for the Suns, some important role players have left and there is not much spacing and defence. And now Jay Crowder also wants to leave. At the same time, Deandre Ayton is also lukewarm about remaining a Sun for the foreseeable future.

The pairing of James Harden and Joel Embiid could be the best thing to ever happen in the NBA, or just another flop. If the first happens, then the Sixers have a legitimate chance of becoming the next NBA Champions. What the team needs, is some more spacing and perimeter defence.

Everyone knows about Heat culture. We are talking about a team where everyone plays for their teammates. You always know when you are watching a Spoelstra team play. And Miami has some significant players, such as Bam Adebayo, Kyle Lowry, Tyler Herro, and of course Jimmy Bulter, with his new impressive hairstyle.

If Jamal Murray and Michael Porter Jr. are healthy, then the Nuggets can be a dark horse to win it all, behind 2-time MVP Nikola Jokic.