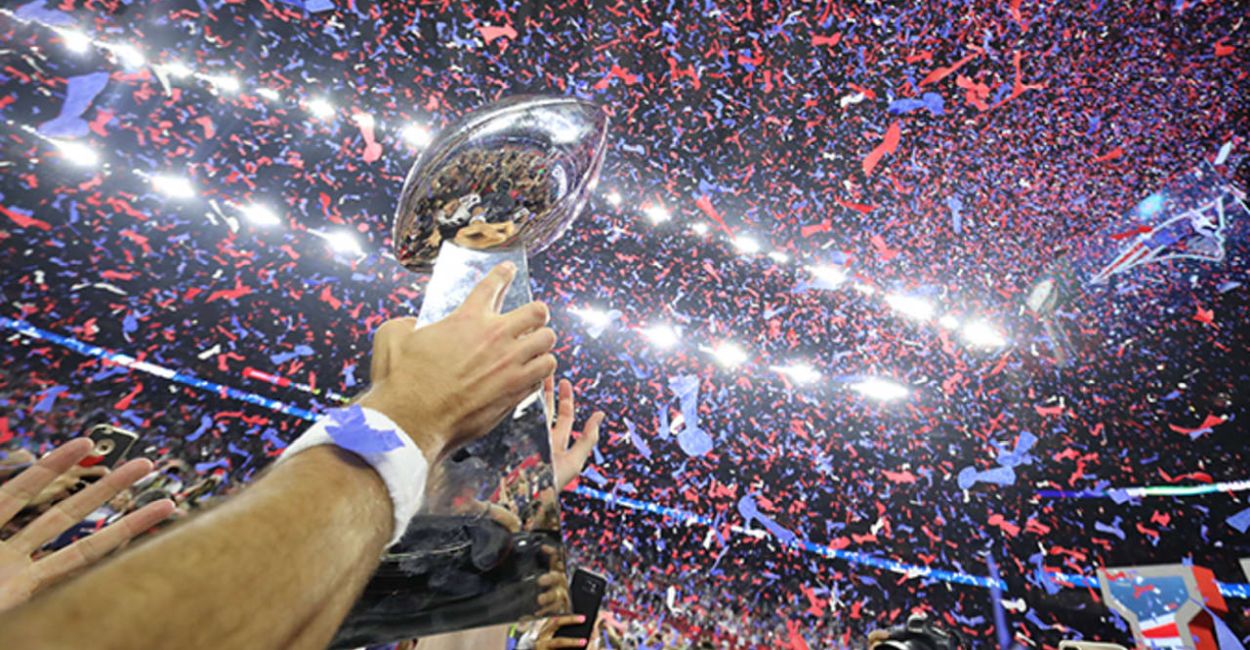 Seven months, to the day, after the Rams won their first Super Bowl since relocating to Los Angeles, the NFL is coming back. The most American of sports is rapidly gaining ground worldwide and millions of fans are waiting for the beginning of the NFL 2022 season. In American football, there is never such thing as a clear frontrunner to win the title. Helpbet brings you the favourites to lift the Vince Lombardi Trophy, on February 12, in Glendale, Arizona.

🎁 Get the best NFL odds and your NFL bonus 🎁

The 2022 NFL season is scheduled to begin with the Kickoff Game on September 12. Super Bowl LVI champions Los Angeles Rams will play the Buffalo Bills. Each of the league’s 32 teams will play 17 games, with one bye week for each team.

The league will also stage a game in Germany for the first time. Seattle will play Tampa Bay at Munich’s Allianz Arena on November 13. The International Series will also return to Mexico on November 21, with San Francisco facing Arizona at Estadio Azteca.

Josh Allen was nearly perfect last season. The 26-year-old quarterback Would have won the regular season MVP award if it weren’t for another Aaron Rodgers marvel of a season. He’s young, he’s mobile, and he’s got a rocket attached to his arm. There is a reason the Bills are the favourite to win their first-ever Super Bowl and the first title for the city of Buffalo since 1965. But it’s not just an amazing young QB that steals the show. The Buffalo defence ranked No. 1 in more than a few stats.

Tom Brady’s retirement lasted 40 days. The 45-year-old quarterback is returning for one last dance, and while we expect Tampa’s explosive offence to take a step back, they will remain top-10 in production. Can a team win with a 45-year-old QB calling the plays? Well, he’s not your average mid-40s guy. He is the GOAT and we are glad to have him for another go.

Aaron Rodgers has won 4 MVP trophies, he’s among the best to have ever played the game, but has only won one ring. He seriously thought of leaving Green Bay, as his contract expired in the summer. But he returned. His love for the team played a part, although the 150.8 million dollars of his new contract certainly helped. His legacy depends on how his team will perform in the postseason. It’s there where GB typically chokes, despite having a 4-time MVP at QB and two top rushers, in Aaron Jones and AJ Dillon.

A few months ago, Kansas City held an 18-point lead in the AFC Championship game, before falling short to Cincinnati. In the offseason, the team parted ways with Tyreke Hill, one of Patrick Maholmes’ favourite targets. How will the Chiefs adjust to that? And is their defense good enough to support their flamboyant offence?

The Week 18 loss to Las Vegas meant the Chargers’ season ended abruptly. But the team has talent. We all know that. An offence led by Justin Herbert, and a defence led by Joey Bosa. What more to say? If they get some help from the supporting cast, then LA can make some noise.

The Champions are offered as the sixth most likely team to win it all once again. Their defence is scary. Aaron Donald dominates up front and Jalen Ramsey controls the secondary.

Whether he’s ready or not, second-year QB Trey Lance takes the keys to the offence. There will be points where his inexperience will show, but the supporting cast is magnificent. George Kittle is the best tight end in the game, while the defensive unit is also great, led by Nick Bosa.