World Cup 2022: Bold (and not so bold) predictions 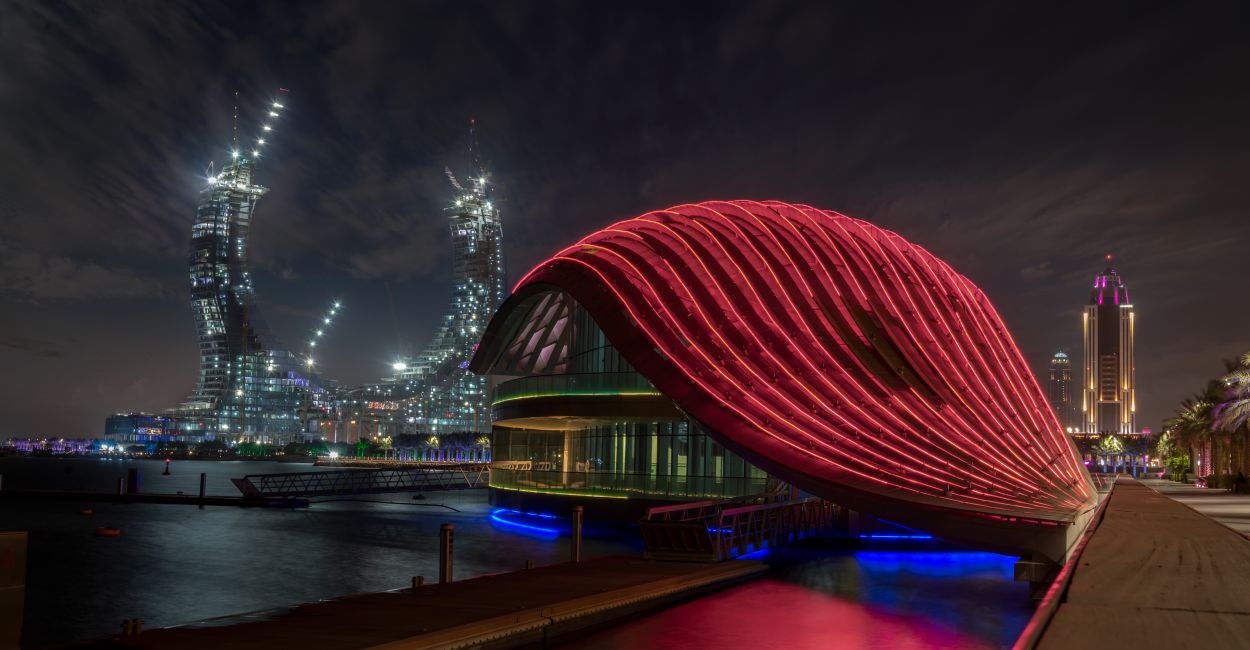 If it were any other year, the World Cup would have already been behind us. That is not the case with Qatar 2022. The tournament won’t start until November 20, but it’s never too early for betting predictions, in our attempt to find value in betting. Even if we still don’t know the full team lineup, as three tickets are yet to be punched.

There isn’t really any Group of Death scenario here. There are teams with tougher and easier routes, but a group full of contenders is always a beautiful sight. Group E is probably the most intriguing, as it is the only one containing multiple World Cup winners (Germany and Spain). It doesn’t matter. The World Cup is the World Cup. There will be upsets and there will be drama either way.

Let’s see the groups, one by one, and let us try to decipher the draw to make the best World Cup 2022 predictions, a full seven months prior to the start of the tournament.

In 21 tournaments up until Qatar 2022, only one host has failed to make it to the knockout phase, that being South Africa in 2010. On paper, Qatar seems destined to join the club. The tiny nation’s national team has never qualified for the World Cup up until playing host and on paper, the Netherlands, Ecuador, and African Champions Senegal all look at least one level above. It won’t be a stroll in the park though. Qatar has built a more than respectable squad during the past few years. Would they have qualified were there not for FIFA giving them the hosting rights? Probably not, but they are not to be disregarded. The Dutch, the Ecuadorians, and the Senegalese, all have to be extra careful, as the one to lose points to Qatar will probably be eliminated fast. Stranger things have happened, but it is true that if everything goes according to plan, the Netherlands and Senegal will continue to the second stage of Qatar 2022.

Netherlands – Senegal (21/11): The group’s opening match will be a great one. The Netherlands feature a young and upcoming squad. With young stars like Frenkie de Jong, Steven Bergwijn, Teun Koopmeiners, Denzel Dumfries, and Matthijs de Ligt, paired with Memphis Depay, Gini Wijnaldum and skipper Virgil van Dijk, the Dutch are up for something big. They have to start strong, but it won’t be easy, as they will have to face a loaded Senegal team, featuring Sadio Mane, Edouard Mendy, and Kalidou Koulibaly.

Netherlands and Senegal to qualify, Qatar to win 3rd place. 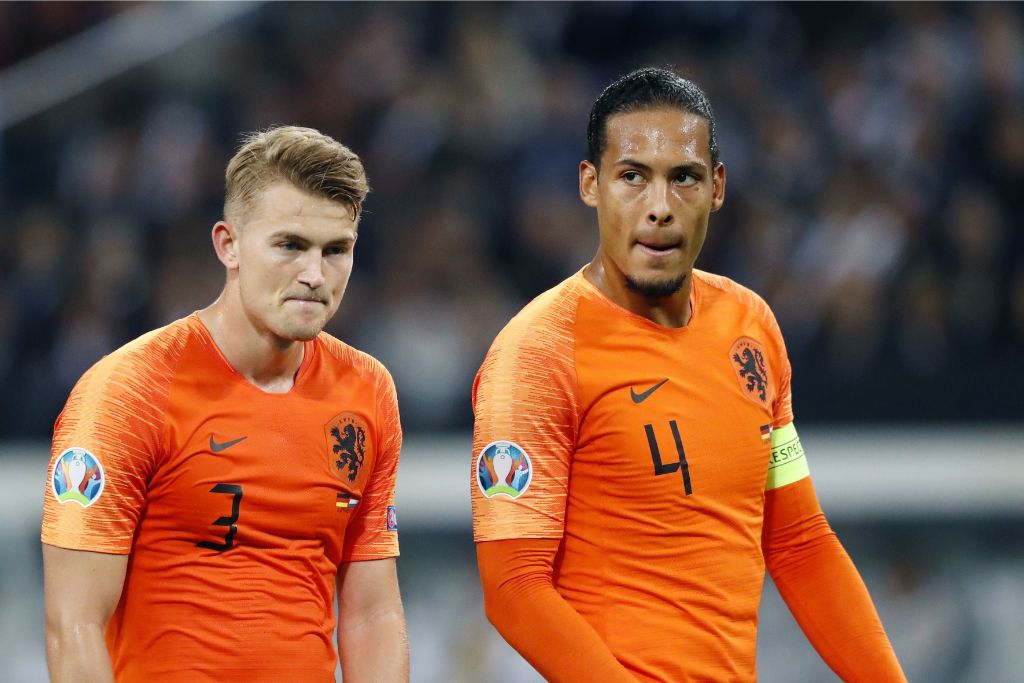 Iran couldn’t have asked for a tougher draw. England is deep and talented. They reached the semifinals of the 2018 World Cup, in Russia, and the Euro 2020 final. The roster remains young but more mature than last summer. Winning it all is the absolute goal for the English, and the worst-case scenario cannot be lower than reaching the semis once again. England will most likely win the group. And then anything goes. The USA are not in their best form, but they do have plenty of talent, from the European top leagues. And then you have Iran, which cruised through the Asian qualifiers, losing just one game. As for the fourth team, we won’t know until June which of the three, Scotland, Wales, and Ukraine, will make it there. If it is Wales that qualifies, it will be amazing to see Gareth Bale (we’re talking Wales’ Bale, not Madrid’s Bale) against England.

England – USA (25/11): If Wales manages to qualify, then probably the match to watch will be different. For now, England vs the USA is the big match in the group. You know, people will dig up stories from that one American win in 1950. But to be honest, there is a quality difference between the two, as (apart maybe for Pulisic and Reyna) no American player would be a regular in a loaded England squad.

Harry Kane to score 3+ goals in the group stage 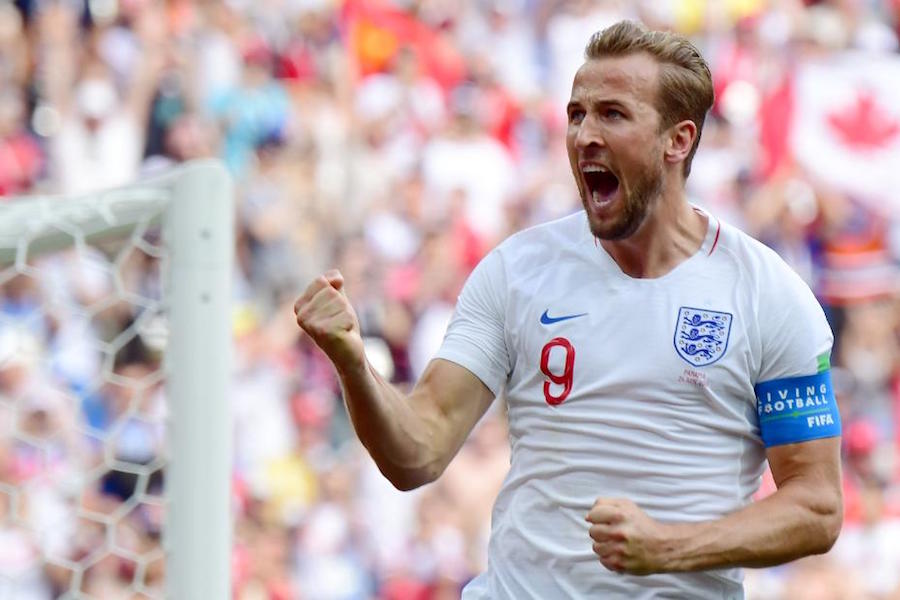 Argentina, Saudi Arabia, Mexico, Poland
This will most likely be Lionel Messi’s last World Cup trip. Winning it all for Argentina has always been his white whale, but unfortunately, the narrative is far from that. What everyone is focusing on is the Argentine’s struggles with PSG. To be fair, recently he’s been way better, but not Messi-better. Don’t discount Argentina. Messi will give it all during this last dance and his entourage will try to make him proud. This is the ideal group for Argentina to qualify easily without sweating too much.

Mexico – Poland (22/11): Argentina is the clear-cut favourite. Saudi Arabia is destined to finish with 0 points. So qualification is a two-horse race. Mexico and Poland will meet in Doha, on Matchday 1. Mexico’s coach, Tata Martino (who led Argentina to two consecutive Copa America finals, losing on penalties to Chile on both occasions), is under a lot of pressure to succeed. If his players manage to limit Lewandowski’s touches, then Mexico can pull it off.

France, TBD (Peru, Australia, or UAE), Denmark, Tunisia
France is one of the heavy favourites to win the title seven days before Christmas. No team has won two straight since Pele’s Brazil, so things won’t be easy for Didier Deschamps’ men. They have an embarrassment of riches in their squad, including Kylian Mbappe, N’Golo Kante, Paul Pogba, and Antoine Griezmann. The reigning World Champions will get out of their group, but they have to remain focused to avoid yet another shocking exit, like last year’s defeat to Switzerland in the Euros. But then, what? Will Denmark follow them to the next round? If Peru manages to qualify, it shouldn’t be underestimated, but we all saw what the Danes are capable of.

France – Denmark (26/11): Mbappe’s France vs. Erikssen’s Denmark. The Danish legend will return to the big stage after last year’s cardiac arrest and the whole Denmark run will be emotional. Nothing more emotional than playing against the Champions of the World in Qatar 2022. 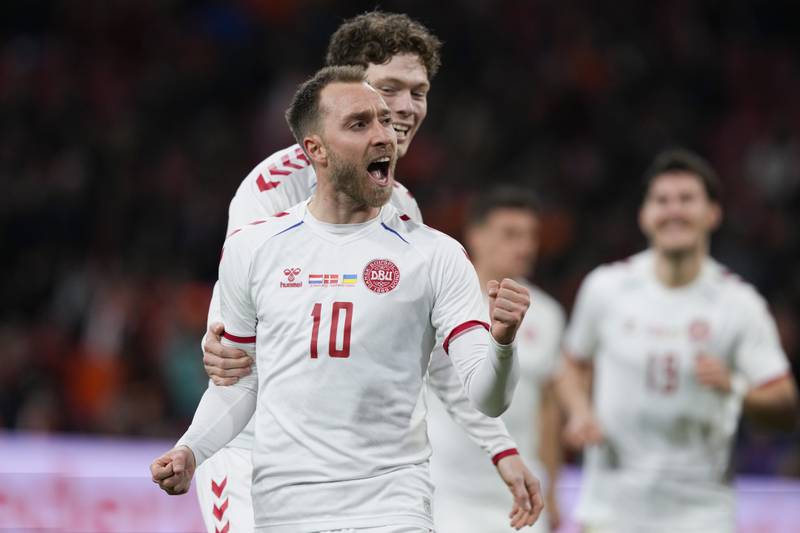 Spain, TBD (Costa Rica or New Zealand), Germany, Japan
Germany and Spain have seen better days, but they both have young and upcoming squads. They will most likely go through to the next round, but winning first will be crucial, in order to avoid Belgium in the Round of 16. Both of them have a lot to prove after an embarrassing World Cup 2018 (especially for Germany when they exited in the group stage as titleholders). Japan and Costa Rica are to be respected, but they have to overachieve in order to get through.

Spain – Germany (27/11): This is the big one in the group stage. Two legendary football nations face each other. If they get six points from the other two games, this will be the match to decide who gets first place.

Belgium, Canada, Morocco, Croatia
Two Golden Generations are on their decline. Belgium’s De Bruyne, Hazard, Lukaku, and Courtois, Croatia’s Modric and Perisic. Belgium finished third in 2018’s World Cup, and Croatia reached the final. This time it will be way harder to emulate this success, being two of the oldest teams in Qatar. They both are the favourites to qualify, but there is another Golden Generation lurking. An amazing Canada team will feature stars like Alphonso Davies, Jonathan David, and Cyle Larin.

Croatia – Canada (27/11): The winner of this tie will most likely follow Belgium to the next round. One of the oldest squads will face probably the youngest one, in a class of freshness against experience.

Brazil, Serbia, Switzerland, Cameroon
We might not have a Group of Death, but this is the closest we get to one. Brazil will most likely win the group, but after that, the second qualifying spot is anyone’s to take. Brazil has featured in every single World Cup ever played, and only in 1966 did they fail to emerge from their first-round group. Cameroon is unlucky to have been drawn into this group, as it has an interesting team, but it lacks talent in comparison to the two Europeans.

Serbia – Switzerland (2/12): This could be the game to decide who follows Brazil, as it will be played in the last matchday of the groups. The whole thing will be tense, as Switzerland’s star men, Xhaka and Shaqiri (both of Albanian-Kosovan heritage), were charged by FIFA at Russia 2018, after celebrating the win against Serbia with an Albanian nationalist symbol.

Portugal, Ghana, Uruguay, South Korea
Group H is something like the Expendables franchise. A bunch of ageing action stars reunite for one last time. Cristiano Ronaldo, Edinson Cavani, and Luis Suarez, will feature in their last World Cup (likely). Korea and Ghana are tough opponents and don’t be surprised if Portugal or Uruguay return home early. Especially Korea is a well-oiled machine, with some star power added by Spurs star Son Heung-min.

Portugal – Uruguay (28/11): Four years ago the two teams met in Russia, with Uruguay emerging victorious, as Cavani scored twice. Korea will expect a draw here, to win qualification or even the whole group. 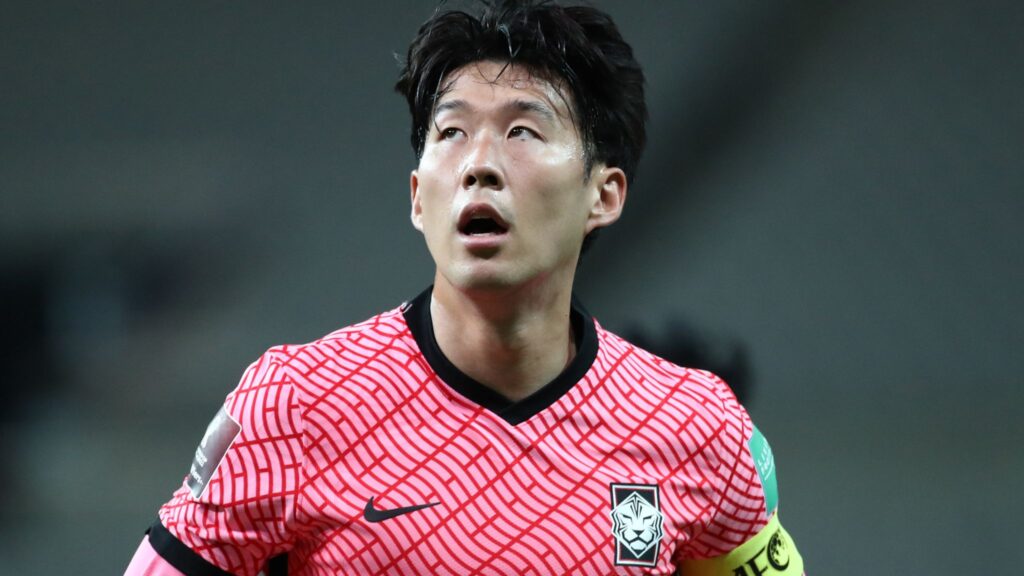 Brazil and France are the favourites according to bookmakers. But they’re not alone. Don’t disregard the likes of England, Germany, Spain, or Argentina. This is our super early bold prediction for Qatar 2022: Argentina wins it all, behind a Lionel Messi masterpiece of a tournament, enough to support a Last Dance-like documentary series. Oh, and someone else scores the winning goal. Someone like Tagliafico, or something. If this all happens, we expect it to go viral, okay? 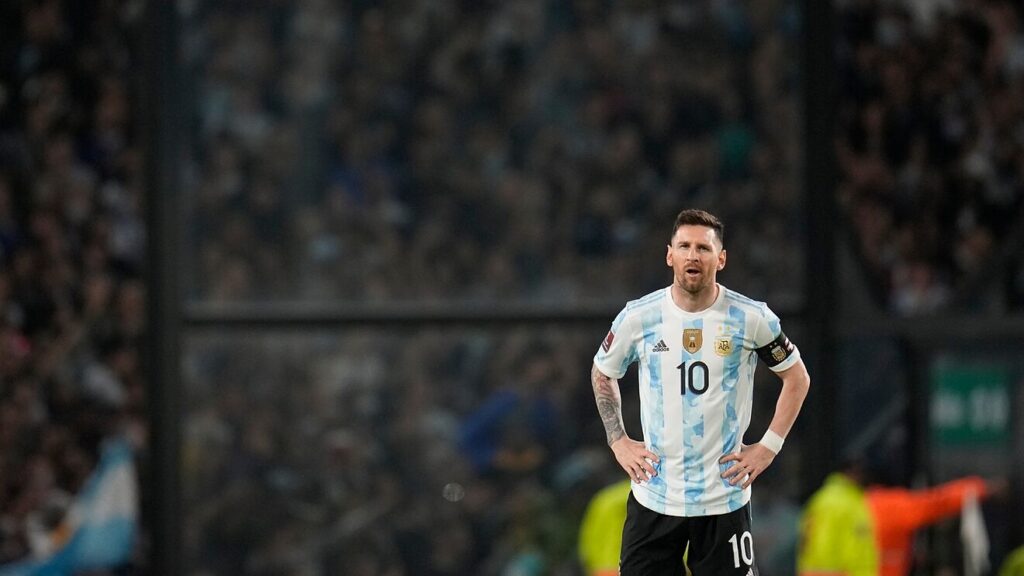 Who will win Golden Boot in Qatar?

Kylian Mbappe is the safest bet here. He’s probably the best player in the world right now and he scores when he wants. If France reaches the semifinals, he will win the Golden Boot.

Who will miss the World Cup

Some of the biggest names in world football will feature in the World Cup. But there are those superstars who will watch it from home. Who do yopu reckon to be the greatest footballer to miss Qatar 2022?