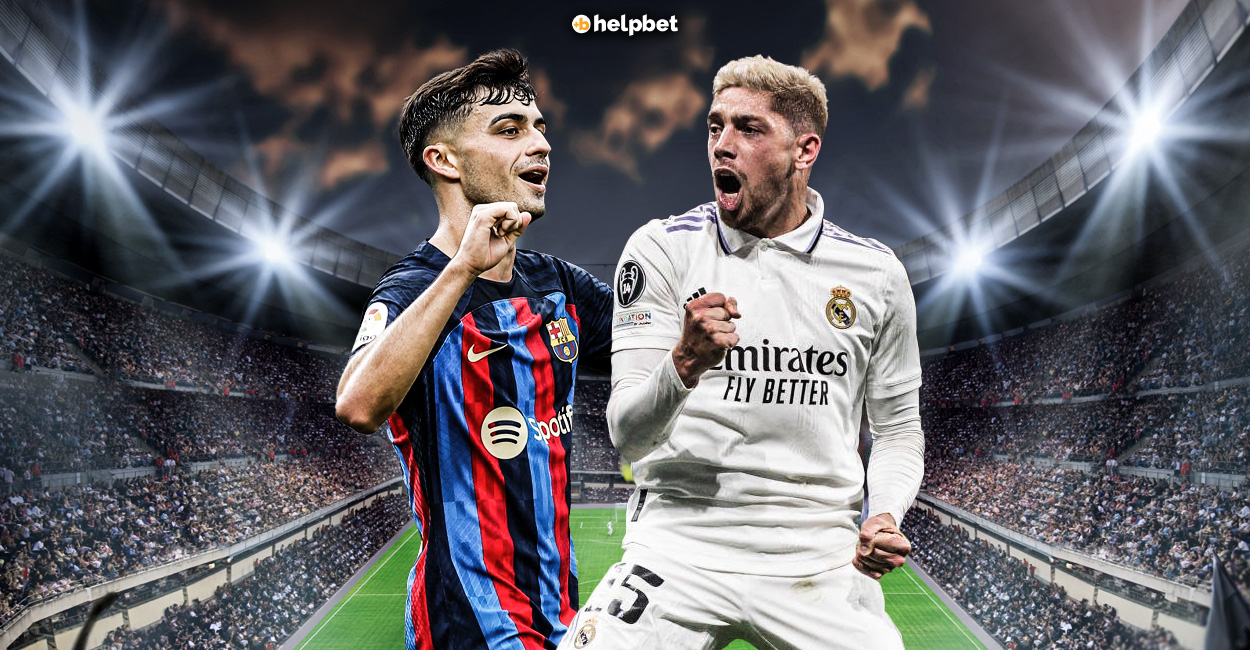 Real Madrid vs Barcelona might not be the most heated derby in Europe. It doesn’t carry the fierce rivalry of an Old Firm, or a Milwall vs West Ham. After all, Madrid and Barcelona are separated by 506 kilometres of highway. Still, “El Clasico” is probably the most anticipated match each year and is watched by hundreds of millions of people around the world. That will be the numbers this time around as well, as the Real Madrid vs Barcelona game, the first Clasico of the season, is set to be played this Sunday. You can claim your free bet for the Clasico, by joining BetAndYou.

We’re talking about the two most successful clubs in European competitions this century. And they happen to be bitter rivals, in a clash that has geopolitical aspects engraved within it.

Going into the derby, both teams are undefeated domestically and they share the top spot of the La Liga table with 22 points from 8 matches.

Xavi’s Barcelona are slight favourites to win the title in May, as they are offered at 1.95 by the top online bookmakers, while Real Madrid are at 2.00.

Real Madrid continue in the fine form that they finished last season, when they won the Champions League (yet again). They are 16 official matches unbeaten and they haven’t lost at the Santiago Bernabeu since April 12. But even that loss to Chelsea felt like a victory, as they got the qualification to the Champions League semi-finals. The last “real” loss they experienced on their home ground has last March, when Barcelona beat them 4-0.

Real Madrid seem to be on top form going into the Clasico (despite that draw against Shakhtar in the Champions League) and Carlo Ancelotti is happy to have Karim Benzema back in action. The only question is whether Thibaut Courtois will be ready. The Belgian goalkeeper suffers from a back injury and is doubtful whether he will be available for the big match. Ton be fair, in his absence, Andriy Lunin has been splendid.

Barcelona, on the other hand, have their fair share of injuries. Memphis Depay, Jules Kounde, Hector Bellerin, Andreas Christensen, and Franck Kessie are definitely out, while Ronald Araujo is fighting to be ready for the game.

The Blaugrana were absolutely amazing at the beginning of the season, but after the international break they look a bit off. They struggled to beat Mallorca and Celta Vigo for the league, and they lost to an inferior Inter team in the Champions League, before struggling to get a 3-3 draw on home soil.

But, to be fair, both clubs are far larger than that. Less than a decade ago they were the two richest clubs on the planet, while they still have global fanbases that don’t care about Spanish politics. They just to see their teams beat their rivals.

The odds set is pretty balanced for the Real Madrid vs Barcelona clash, this Sunday. Madrid are offered at 2.30 and Barcelona at 2.95, with the draw set at 3.60.