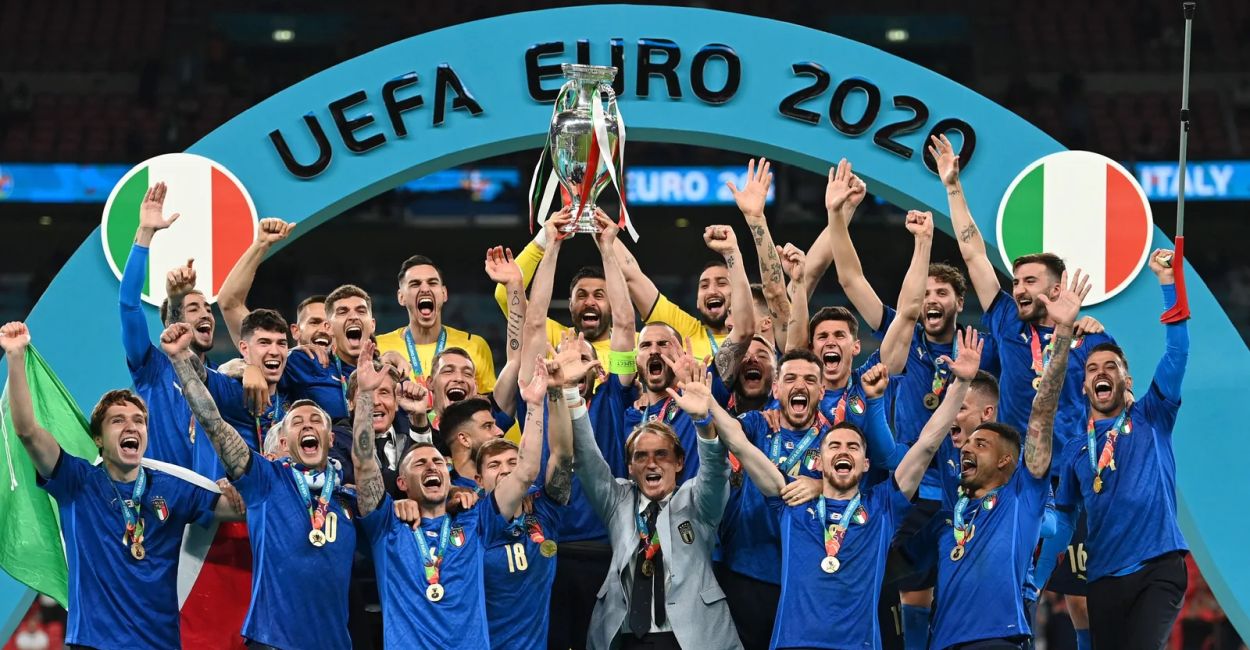 The World Cup is fresh in memory, as we saw Argentina break an era of European dominance, beating France in the Final. But Euro 2020 is also fresh. The competition was held a year late due to the pandemic and Italy’s triumph seems like it happened yesterday. The next instalment is approaching, in about 18 months, and the Euro 2024 list of favourites is interesting, to say the least.

Helpbet.com brings you the complete set of odds for the winner of Euro 2024, a year and a half prior to the first kickoff and before the qualifying round has even begun.

The odds are somewhat surprising when it comes to at least a couple of teams. But let’s dive into the favourites, one by one, to check what the best football betting sites believe about their chances of winning the Euro 2024 trophy.

The French national team was impressive in the 2022 World Cup, reaching the Final for the second time in a row and finishing above every European team in the process. What’s impressive about the French is that despite being young, they are already very experienced. And their best player, Kylian Mbappe, has already reached the World Cup Final twice before even turning 24. He is the biggest prospect for world football and he can lead his club and country to greatness. In the Euro 2024 qualifiers, France has been drawn into a group with the Netherlands, Ireland, Greece, and Gibraltar.

Apart from Argentina, the only team to really put up a fight against France in Qatar was England. The Three Lions are also a young and promising squad, with incredible amounts of talent. They have never won a major international trophy, apart from the 1966 World Cup which they held at home, and they are dreaming of doing that at Euro 2024. They came so close in 2021, when they lost to Italy on penalties, in a Final held at Wembley. England and Italy will once again face each other in the qualifying phase of Euro 2024, as they were drawn together in a rather tricky group, which also includes Ukraine, North Macedonia, and Malta.

Germany is yet another young team with alleged potential. But unlike France, England, or Spain, Germany has seen better days since winning the World Cup in 2014. In the past two World Cups, they were kicked out of the group stage, while in 2021 they barely reached the Round of 16 of the belated Euro 2020. They are among the top favourites of Euro 2024 possibly on the merit that they do not have to go through the qualifying campaign, as the tournament’s host nation.

One of the youngest teams in the recent World Cup, Spain has shown incredible potential, especially when it comes to its midfield. The Gavi-Pedri pairing reminds of the legendary Xavi-Iniesta duo, while there are also great young options in the offence. If this team gets some more mileage, it will a be formidable football force. Spain has one of the easiest qualifying groups, as La Roja was drawn against Scotland, Norway, Georgia, and Cyprus.

Italy failed to qualify for the World Cup in Qatar, but nobody can write them off. They are the reigning European Champions and they do have some talented men and a well-respected coach in Roberto Mancini. As mentioned before, Italy was drawn into a qualifying group against England, Ukraine, North Macedonia, and Malta.

There has been turmoil in the Portuguese national team’s dressing room. The question of whether Cristiano Ronaldo is washed and if he has a spot in this team is coming up more and more. But nobody can deny that Portugal has a very talented team. The roster is deeper than ever and the number of world-class footballers on the roster is incredible. Portugal shares a qualifying group with Bosnia and Herzegovina, Iceland, Luxembourg, Slovakia, and Liechtenstein.

The Netherlands showed two faces in the World Cup. They were pretty mediocre in the group stage and the Round of 16 matchup against the USA, but they managed to go through. And then they put up a marvellous comeback against Argentina and an incredible display but were kicked out. Who knows which Netherlands team we will see in Euro 2024. But before they get there, the Dutch have to qualify from a group featuring France, Ireland, Greece, and Gibraltar.