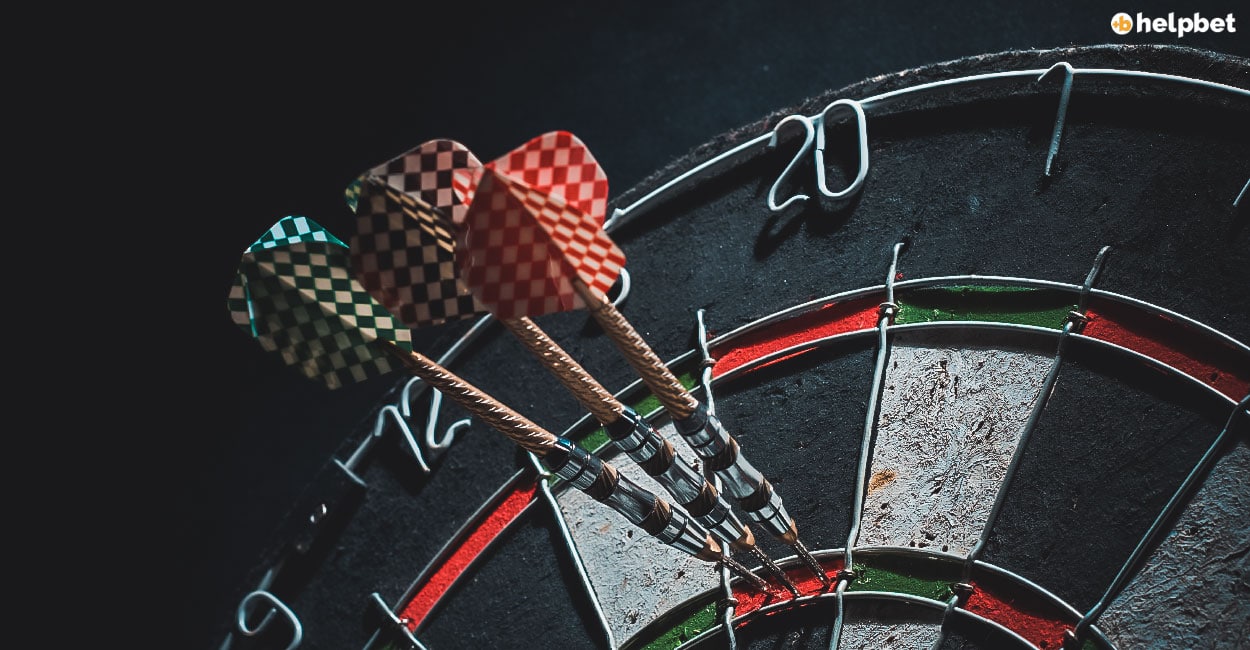 Almost every country has its own favourite sport. Except for football of course, that enjoys reigning in the world of sports. Darts on the other hand have no country, but it is loved almost worldwide. Probably because everyone could be a participant. And why not a winner. As long as he/she keeps practising. Likewise on betting on darts. You only need some steps before starting that. And here are the very first of them.

Betting on darts can be really tough. For all players, but especially for beginners. There are too many markets and an inexperienced punter will find it difficult to follow. And besides that, most gamblers can’t understand what to trust to making their decision. Will it be the form? The best statistics? Or should we bet on a player that has won in the same tournament the years before? But as in many cases in other sports, all the above criteria are stepped aside and the unexpected wins. And that is the most important reason anyone should feel that he/she deeply understands everything about betting on darts.

There are many different markets. Besides the expected Match Result or Handicap market, there are many that the average bettor would not understand. Especially the ones that are used to fill their bet slips with football matches. For instance, we have the “to most 180’s” and the “highest checkout”. So, before starting betting on darts do make sure that you understand all those terms and learn as much as you can about darts. For example, there is one small yet so important detail that can seal the fate of a game of darts. And thus, if you will get your money or lose them. Most inexperienced punters get impressed and bet in favour of top-end players. Usually, they are the ones that seek an above 95 average with three darts. But, again usually, the one that ends up winning the game is the one with the highest dart average.

Betting on darts is full of little details that can determine the final results. There is no point in betting just to pass some time, without knowing what you are betting on. Make some research to make your game worth a while.

You can literally bet on darts all year long. Starting from the BDO (the World Championship) held every January and the World Cup of Darts (every May and June), to the World Series of Darts Finals (this tournament is taking place every November) there are too many games to place your bets. Our opinion and if we may advise to you, start with the tournaments mentioned above. The best players gives their best to win in those tournaments. And they are ready to give their very best to win a title. Besides those tournaments, the UK Open Finals and the Premier League are also very famous and well-covered by media. In that case you will have plenty of data or other sources to learn everything you need to know about statistics, form and player’s condition. And you can bet according to them of course.

Final Result: As in all sports you choose the one to win. Note that in tournaments a draw might be convenient, so betting on darts draw is a great option in some cases.
Handicap: As in tennis or volley ball, in darts games there is a number of sets – or so-called legs -that a player should take in order to win a match. For example, in the Premier League tournament the winner is determined the best of 14 sets. Betting on handicap can help a player make the pre-match odds better, or exploit an in-play opportunity.
Most 180s: This is achieved when a player hit three treble 20s at the oche. A very unique market that can bring you win even if you don’t want to predict the winner. Or don’t see any betting value on that. It is like the Over/Under market in other sports. And of course, statistics help will be needed her.
Correct score: The riskiest of all choices and probably the most inappropriate for a beginner. But then again betting is also a matter of pure inspiration. By the way this market is simply what its name suggests.

Where to bet on darts

So, betting on darts huh? You probably need a bookmaker for that. That is if you are already checked the one that you have already registered and failed you in the darts department. First step to find another as reliable as the one you have. With that covered you can check about the darts coverage. Both for pro-game and in-play markets. We are taking for granted in this case that there will be coverage for all tournaments and just the major ones. Last but not least the live-streaming. Given that the alternatives to watch a game of darts are not so many, the live-streaming could be your only chance to both bet and enjoy the game. See the list of all suitable bookmakers here.