When it comes to the unique game of tennis, people usually have one of two opinions; they either love watching the players trying to return the tennis ball on the other side of the net or find the action outright boring.

However, regardless of what one thinks of tennis as a sport, this game can earn sports bettors juicy profits if they know how to bet smart.

Namely, unlike other sports, tennis requires you to analyze two or max four players; plus, it virtually removes the chance of judging errors and offers betting opportunities almost all year round.

This means that a dedicated and passionate tennis bettor can quickly find all the player information needed to pick a favourite. Moreover, they will never have to face the disappointment of losing a bet because of a point scored outside the line; the Hawkeye system guarantees this. Lastly, with so many big and small tournaments, events and exhibition matches, you will always have something to bet on.

Any good tennis betting theory explains how to analyze tennis matches. After all, this is the knowledge that helps bettors guess the winner correctly. There are several things to have in mind when it comes to analyzing tennis events. 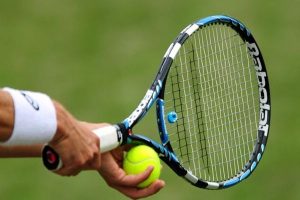 Tennis matches often last long and are exhausting to players. So, the physical fitness of the players has a key role in determining the probable winner. Everyone is familiar with the impressive fitness level of Roger Federer and Serena Williams. On the other hand, it is also known that players such as Richard Gasquet or Venus Williams tend to decline after playing long matches.

With this information in mind, always give your preference to the player with the better fitness level. Plus, pay attention to their last played match; those that have participated in a tournament shortly before the tennis event of your interest are more likely to be exhausted and lose, even from less-known players.

Seemingly unimportant, both the court surface and the weather can easily affect the course of the match. You don’t have to be expert to know that Novak Djokovic performs better on grass courts, while Rafael Nadal is better on a clay court. So, don’t forget to do a research and check player statistics regarding the court preference.

Similarly, pay attention to the weather forecast as well; namely, there are players that note a sharp decline in performance when there’s wind, while other players aren’t much affected. In such a case, even a top player may easily lose a match if extreme weather conditions aren’t in their favour.

Another crucial tennis betting tip is to check out player game stats; you don’t even have to see hundreds of matches statistics, just the most recent ones. Like it or not, statistics is a real thing and cannot be ignored.

Game statistics reveals whether the player was a strong opponent or inferior throughout the games. Also, it gives a good idea of the overall physical and even mental state of a player. Did a player made lots of unforced errors in the past few matches? Did a player, on the other hand, scored numerous aces instead? What about 1st serves in, net points won, and matches won?

Each and every one has its significance when it comes to smart tennis betting. 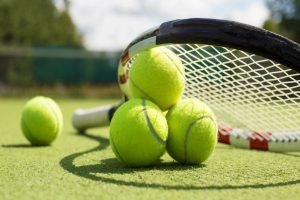 Not always the best guide, head-to-head statistics can also be immensely helpful. Some players, even though in top shape and with great skills, just cannot find a way to cope with another player’s style. This, for example, can be said for fan-favourite Roger Federer who often loses head-to-heads with Novak Djokovic. Naturally, this is one of the factors that cannot be the main reason for siding with a player; however, it surely can boost your confidence when picking a favourite.

With so many events and tournaments throughout the year, it is next to impossible for players to be in top shape and equally motivated everywhere. So, top players would probably try their best at world-renowned tournaments such as the French Open or Wimbledon; as a result, following smaller tournaments may see them losing in the first couple of rounds.

Motivation works in a similar way; when chasing a record, a player is more likely to invest themselves in the game than their opponent.

Strategies and Tips for Tennis Betting

There are certain tips and strategies anyone betting on tennis should consider before placing a bet.