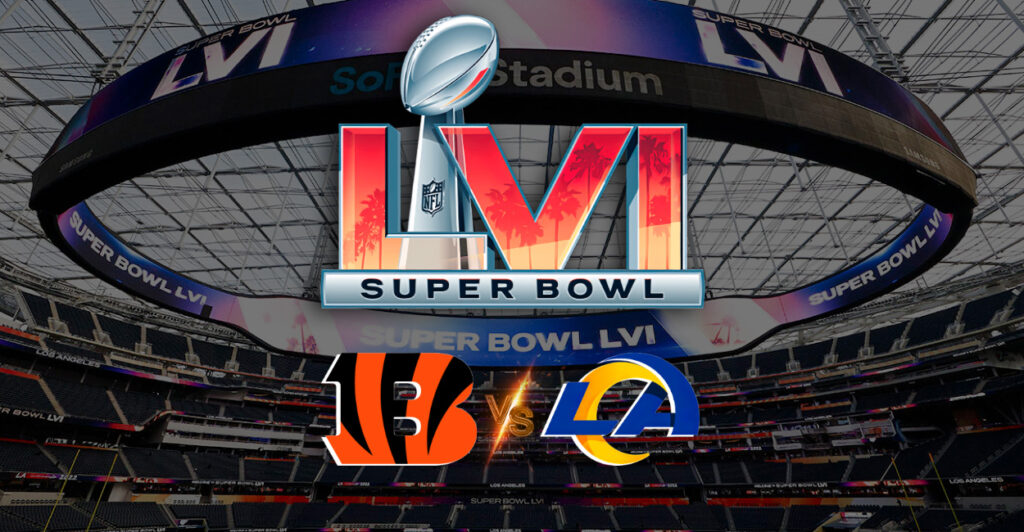 It is incredible how much popularity the NFL has gained outside of North America. For a sport literally called American Football, the international fanbase built around it is nothing less than impressive. Hundreds of millions of people around the globe will watch Super Bowl LVI next Sunday and there will be no shortage of fans betting on the game, as Super Bowls are traditionally known for their prop bets, ranging from standard to completely outrageous.

The Cincinnati Bengals and the Los Angeles Rams will meet in Inglewood, California (incidentally the home of the Rams). The Bengals seek their first-ever Championship, while the Rams have already tasted the sweet juice of victory back in 1999. Of course, back then they were the St Louis Chargers, before their relocation, but were more commonly referred to as “the Greatest Show on Turf”.

Is the NFL popular outside of the USA?

Before dealing with all the bet types that can be found on the best American football betting sites, we should address the claim made above, about the NFL gaining popularity abroad (and especially in Europe). It is true that American football hasn’t and probably won’t ever reach the popularity of association football in the “Old World”, but there are clear signs that the NFL isn’t as obscure as it used to be.

A minimum of two matches per season are played in London and there are serious thoughts of a team (probably the Jacksonville Jaguars) permanently relocating to the British capital. If this isn’t already enough, you could just see the increasing viewership stats, as well as the success of the inaugural season of the European League of Football (the final in Dusseldorf drew an attendance of 22,000, despite COVID-19 restrictions). 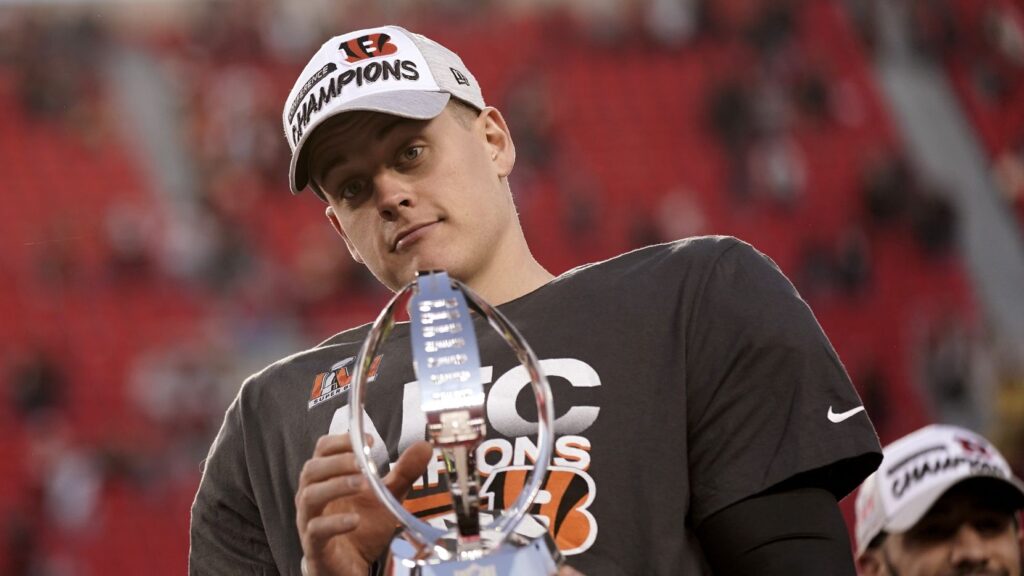 Playing in different divisions, on opposite sides of the country, Cincinnati and Los Angeles have only met 14 times, the first being a Rams win in the L.A. Coliseum in 1972, and the last yet another Rams win in London (one of those UK games we were talking about) in 2019. To be fair, the Bengals have the upper hand in their matchups, with 8 wins and 6 losses.

But we all know that history doesn’t play ball. It’s the players who do. The players of two 4-seeded teams that overcame great obstacles to be here. The Bengals beat Las Vegas at home, before upseting the number 1-seeded Titans with a last-second field goal and the trophy-favourites Chiefs in overtime. As for the Rams, the started by winning over Arizona and they proceded to leave out reigning champion Tampa Bay (with yet another last-second field goal) and division rival San Francisco, again by 3 points.

The odds favour the Rams. They (theoretically) have a more all-around roster and they play at home. It’s just the second time in history that a Super Bowl team is playing at home. The only other occasion was last year, when Tampa Bay won it all on their home ground.

See the best odds on the market.

NFL against the spread and over/under

The Rams are favoured by 4 points. So far during the playoffs, excluding the wild card round, all six games have ended with a 3-or-less point deficit in regulation.

As for the over/under, the money line is set at 48,5 points, which sounds fair, as these are two offensive-oriented teams, but a Super Bowl is always a Super Bowl and it’s the stage where usually defences give their best.

It’s common practice for bettors to pair a Super Bowl winner bet with an MVP one. Out of 55 Super Bowls, 31 MVP trophies have been won by the winning team’s quarterback. For those who have picked LA, it makes sense to also bet on Matthew Stafford (2.15), while for those who believe in Cincinnati’s chances, a wager on Jow Burrow (3.00) is close to a no-brainer. There are, however, other players on the pitch as well. Star wide receiver Cooper Kupp could be an option at 7.00, as well as defensive anchor Aaron Donald at 15.00. 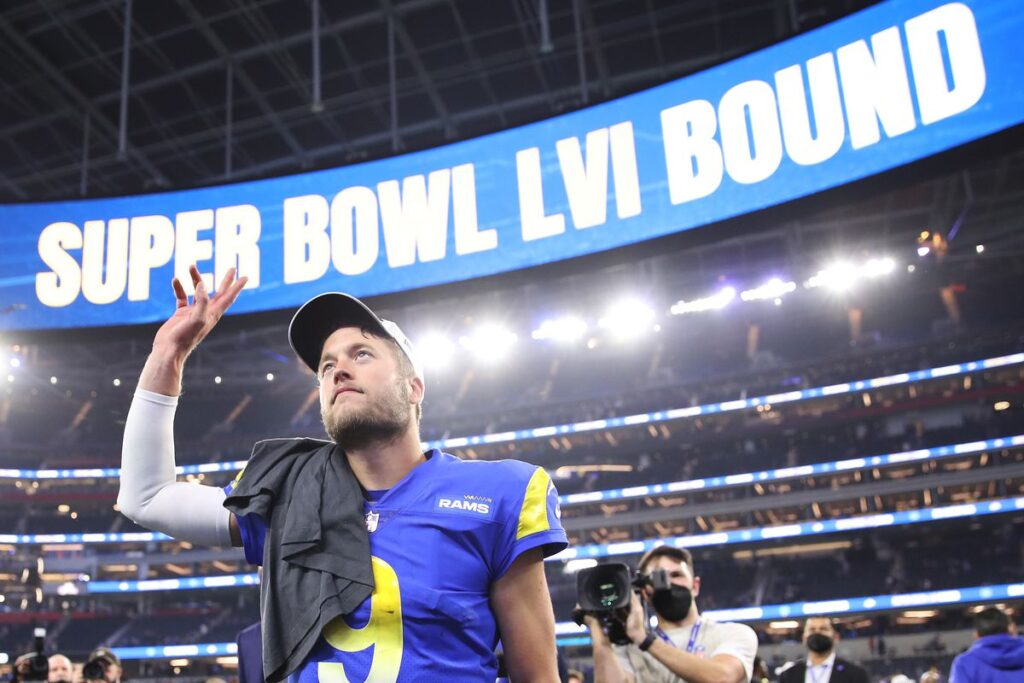 Who will win the coin toss? Will it be heads or tails? Will the coin toss winner win the Vince Lombardi Trophy? This is pure gambling. And yet coin toss bets are not the weirder in the books. A wager to watch is what colour of Gatorade will be poured on the winning coach. Since 2001 orange has been the most common choice, while last year blue was a solid underdog. Actually, three of the last seven Super Bowl winners have chosen blue Gatorade, so it’s a value pick at 4.00.

Some of the bets rap artists of our time will feature in this year’s Halftime Show. Eminem, Kendrick Lamar, Dr. Dre, Snoop Dog and Mary J. Blige will sing and we can bet on their performance, on top of actually appreciating the show itself.

Dr. Dre is the favourite to perform first, at 2.50, while the line is set at 9.5 songs for the over/under. One of the most interesting bets is whether any of Eminem’s songs will be censored. The “YES” option is set at 1.50!

Ever since the Justin Timberlake – Janet Jackson controversy in 2004, there has always been a wardrobe malfunction betting option. The “YES” in this case is set at 10.50.