These are the 10 Hottest Female Golfers in the World 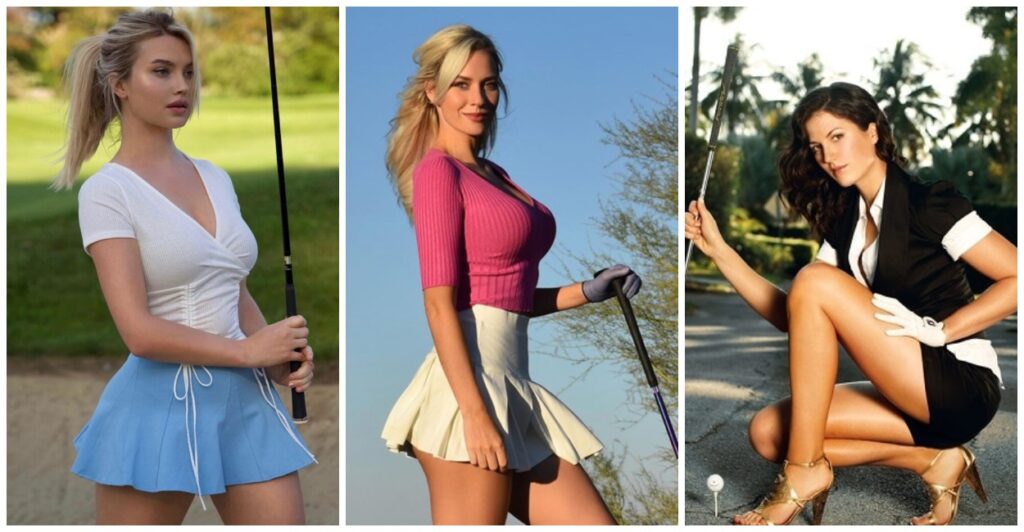 It is a common misconception that golf stands for “gentlemen only, ladies forbidden”. Not only is that inaccurate, but it also paints a false picture of the sport’s origins, as golf resembles the Dutch game of kolf or kolven, which was enjoyed equally as much by noble men and women during the Middle Ages. It is true that through the years golf grew to become a sport of the men and the bourgeois, but female golfers are gaining popularity year after year. The LPGA is chock full of gorgeous ladies and many reckon golfers to be the new tennis players. With the first LPGA Major approaching (The Chevron Championship is set to kick off on April 3), let’s see the top 10 hottest female golfers globally as of 2022.

We are starting off with Lily Muni He, the Chinese golf phenom, who was introduced to the sport by her father when the family immigrated to the USA. By the age of 5, she was already playing competitively. As a minor, she won the 2015 Polo Junior Classic and the 2017 Minnesota Invitational. She turned pro in 2017 and in 2o18 she won her first Symetra Tour event. Known as one of the hottest pro golfers in the world, she has also gained media attention as the significant other of Formula One driver Alex Albon. She just barely misses the title of the most high-profile F1 WAG, to Geri Halliwell, Christian Horner’s wife and former Spice Girl. 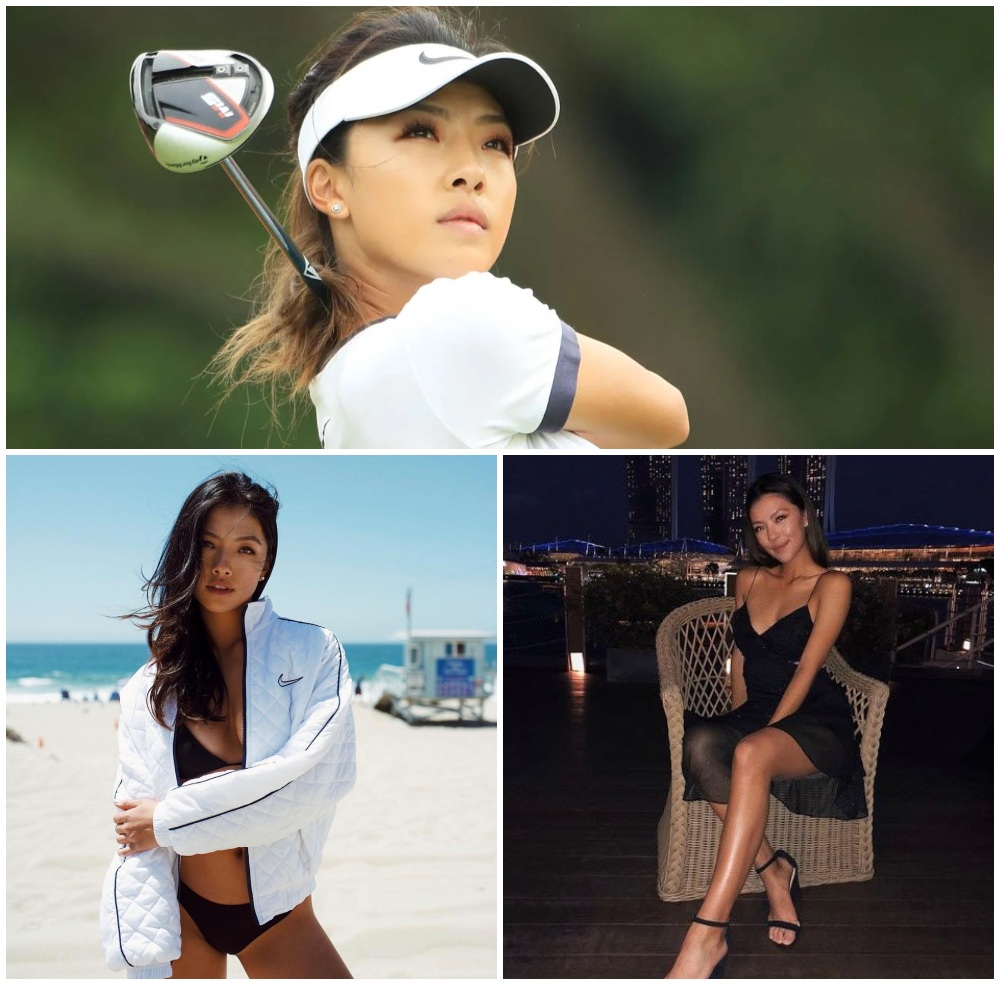 With 3 LGPA Tour wins and 1 Ladies European Tour, Beatriz Recari is one of the most accomplished golfers on this list. She’s so much more than a pretty face. The Pamplona native took up golf at the age of 11 and won numerous amateur championships in Spain and France, before turning pro. In 2011 she went public with her eating disorder struggles and for the past nine years she has been an ambassador of The Alliance for Eating Disorders Awareness. 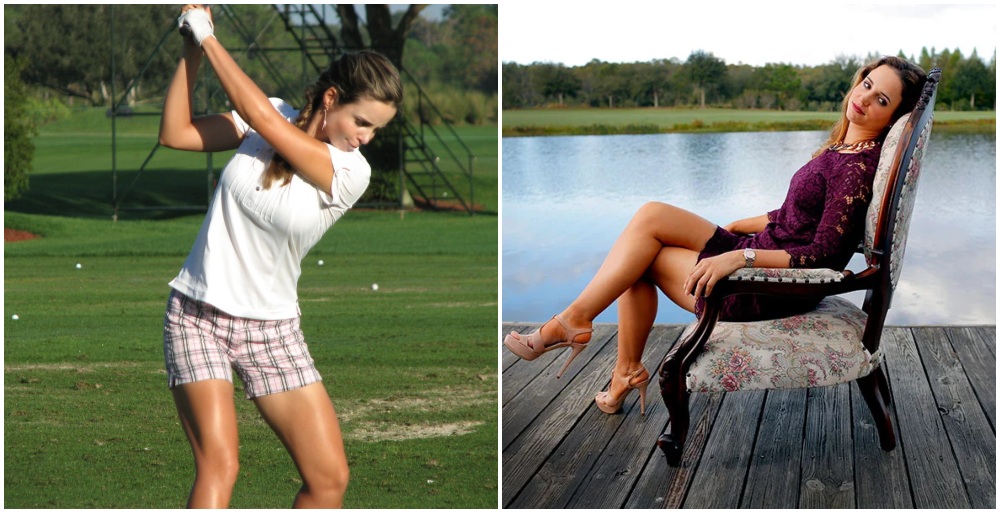 Carly Booth comes to us from Scotland, the country where golf is a way of life. At the end of 2009, at the age of 17, Booth became the youngest Scot ever to qualify for the Ladies’ European Tour. She was also the youngest ladies’ club champion in Britain, aged 11, at Dunblane New. She grew to worldwide fame in 2013, when she appeared nude in the ESPN Magazine Body Issue. 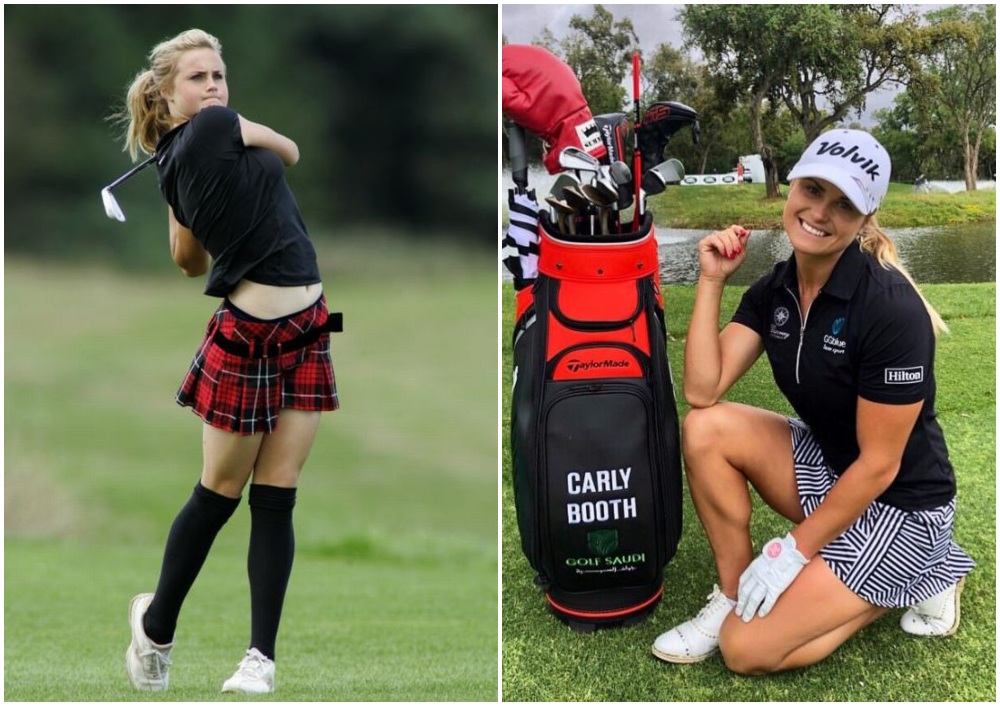 Born to a French father and an Indian mother in Bangalore, she brings the best of two worlds, while amassing a total of 11 professional wins since she turned pro in 2009. A diva on and off the court, she is deemed by Indian media as the Southeastern Asian Jennifer Aniston, as she is a trendsetter and her hairstyle is often mimicked by teens and young adult women alike. 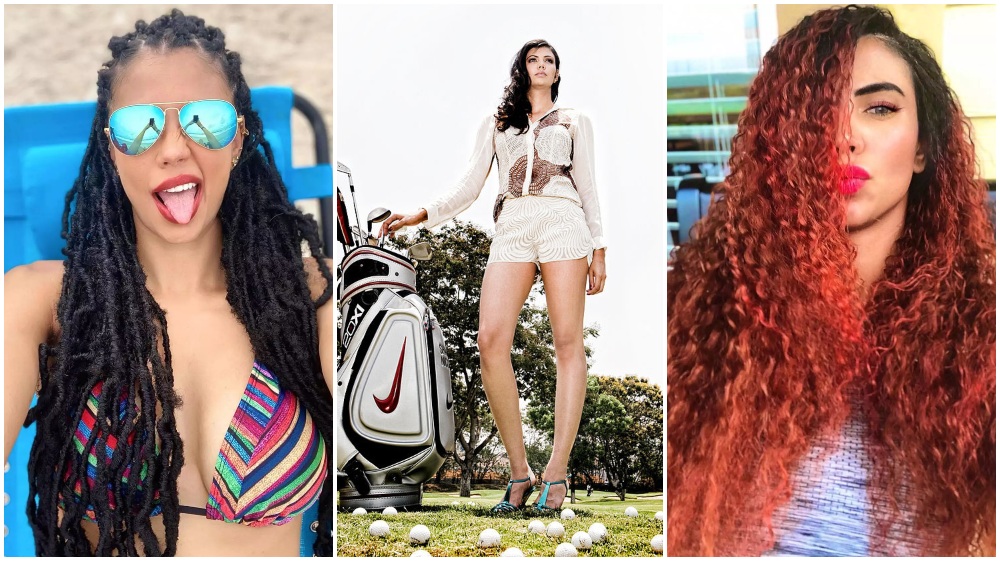 It’s true that Blair O’Neal is more of a media personality and model than a golfer. That being said, she could probably beat most of us with ease at any 9-hall course. As a pro golfer she’s known for her gracious swing, grace that she brings to any aspect of her life. She’s got more than half a million Instagram followers and she has one of the most well-known golf channels on the internet, working as an excellent ambassador for the sport. Most impressively, she has retained that physique, even after giving birth to her son. 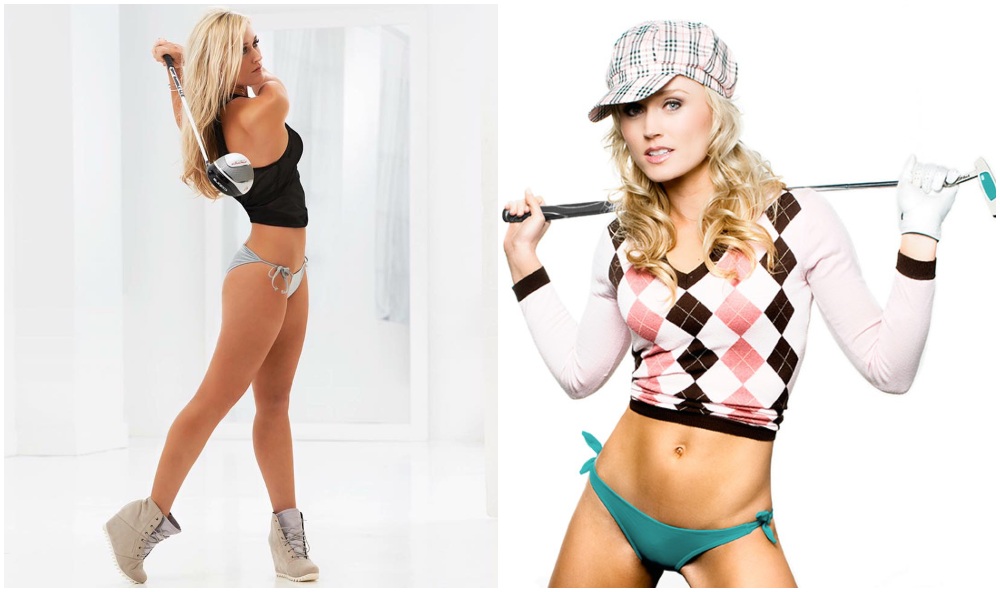 Nikki Garrett isn’t only hot, isn’t only a talented golfer, but she’s also one of the funniest gals on the Tour. Her Halloween attires on the course are legendary. She’s golfed as a bee, she’s golfed as Batgirl, and she has two professional wins under her belt. After posing for a 2007 charity calendar, she faced harsh criticism, for oversexualizing the sport, but the calendar sales were donated to the McGrath Foundation, a really good cause. There’s a certain stereotype regarding Venezuelan women. We don’t know if it’s true and if they’re all that gorgeous, but in the case of Veronica Felibert, the stereotype is absolutely provable. She took up golf at age 7 and while there might be more accomplished golfers out there, very few are as stunning and as classy as Vero Felibert. 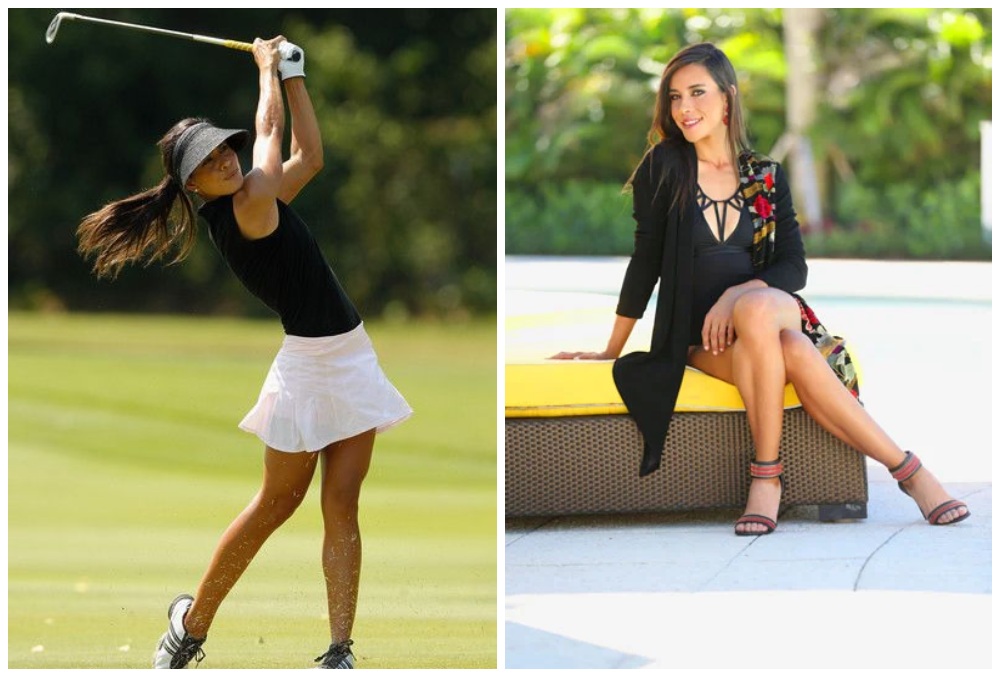 Sophie Horn has many times been called “The World’s Sexiest Golfer” and for good reason. She won three Norfolk County Championships in a row as a minor, before turning pro. For the past few years, she has committed herself to making golf more accessible for people. She works as a golf writer and analyst and (of course) as a part-time model.’ 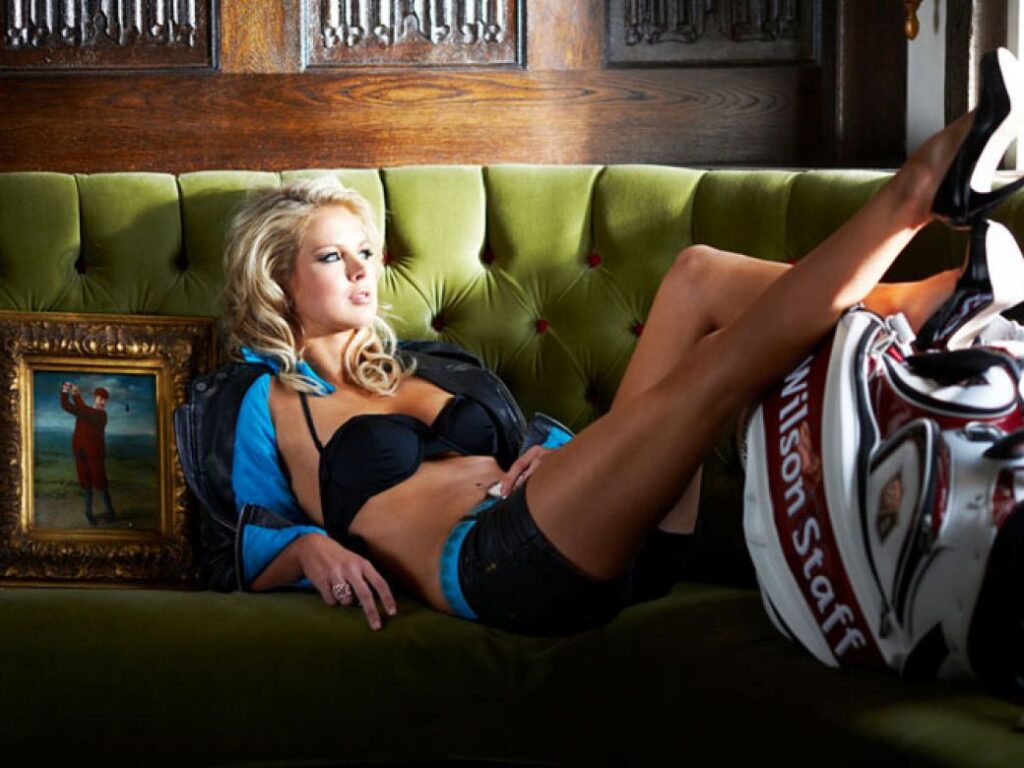 This former professional golfer, twice South American Champion, got famous when she participated on the Golf Channel’s reality TV Show, “The Big Break 3”. For the past few years, Valeria Ochoa has found success as the Sales Manager for the Diplomat Golf and Tennis Club as well as Turnberry Isle Miami. On top, she volunteers as a golf teacher. The most famous golf YouTuber and an Instagram personality, with more than 3.2 million followers, Paige Spiranac only was pro for one year. She got one professional win, before pursuing success as a golf ambassador, rather than an athlete. Paige has received criticism for “sexualizing women’s golf”, but she thinks that this way she can better promote her anti-bullying campaign. 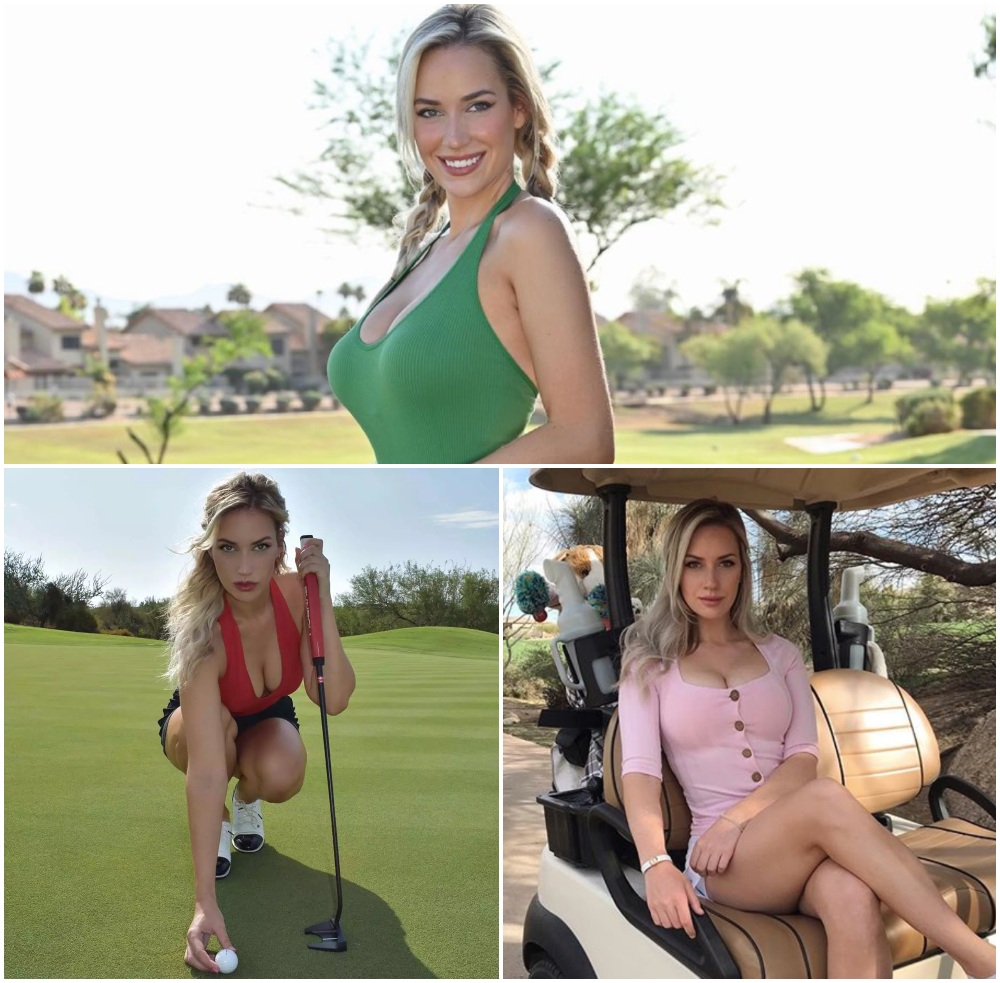