These Are the Top Ten most Stunning Female Footballers for 2022

Women’s football is gaining ground. It was always popular in the States, but outside of the US it always trailed by quite a margin to the men’s game. Since Megan Rapinoe’s campaign for equal pay, more and more people are noticing that female footballers are extremely talented. And some amongst them are also gorgeous. Here are the ten most stunning female soccer players in the world for 2022. 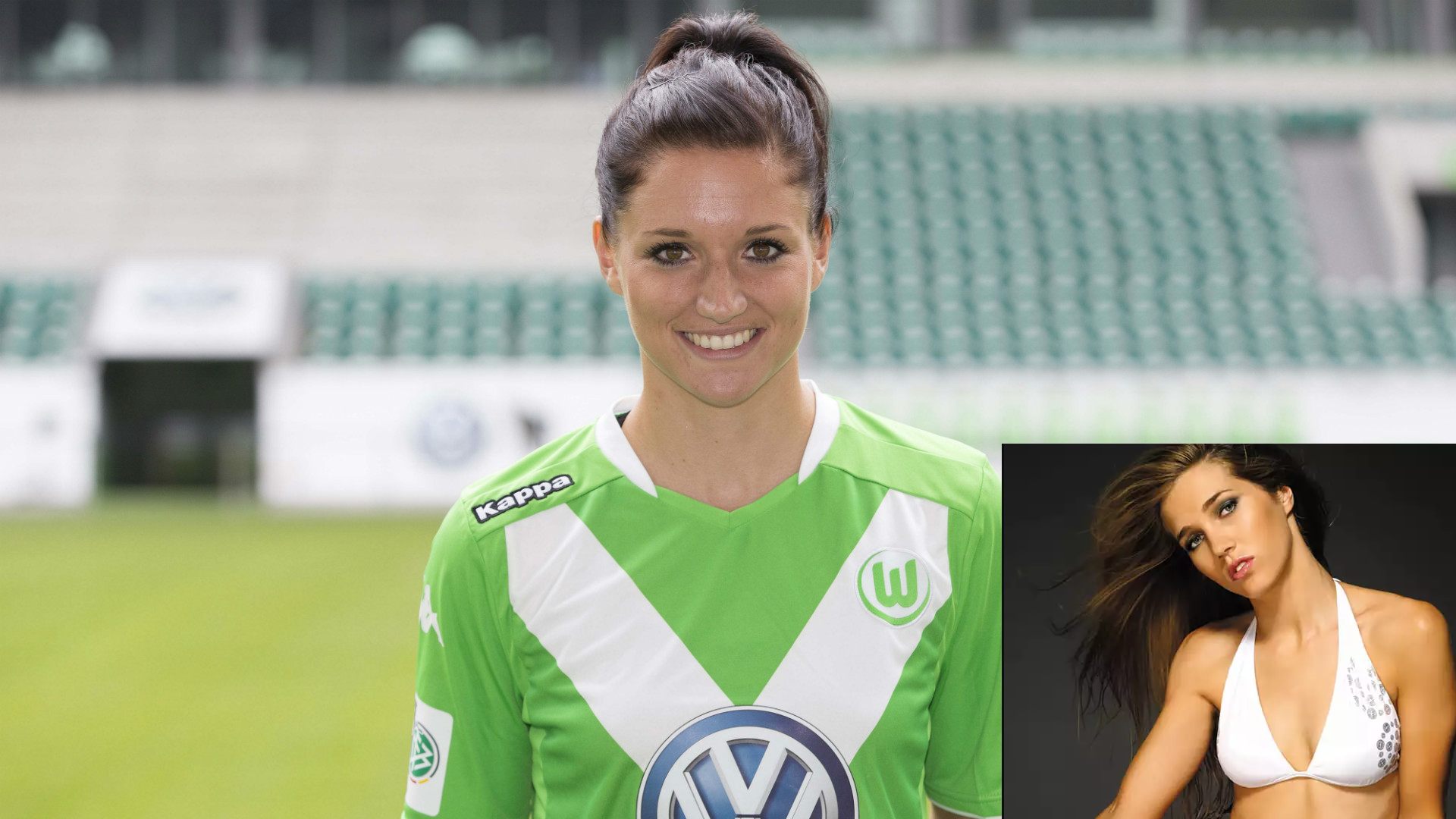 Once a member of the European powerhouse of Wolfsburg’s women’s team, Selina Wagner has won two Champions League trophies, plus two German Bundesliga ones. She also has a fruitful modelling career, which started with 2011’s Playboy photoshoot, along with them teammates Annika Doppler, Kristina Gessat, Julia Simic, and Ivana Rudelic. 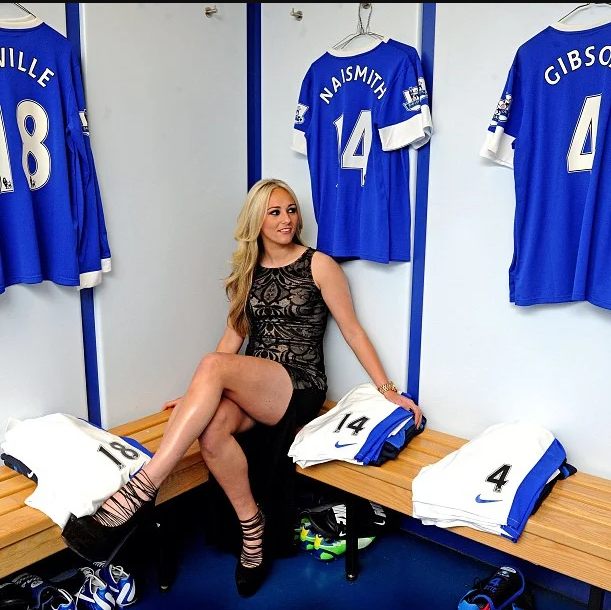 After a long career at Manchester City, Barcelona, and Atletico Madrid, Toni Duggan returned to her native Liverpool for her favourite Everton. She loves fashion and her evening dresses are well-known, but her true passion is charity. She is an ambassador for the Saving Lives organisation, as well as the Kick it Out anti-discrimination campaign. 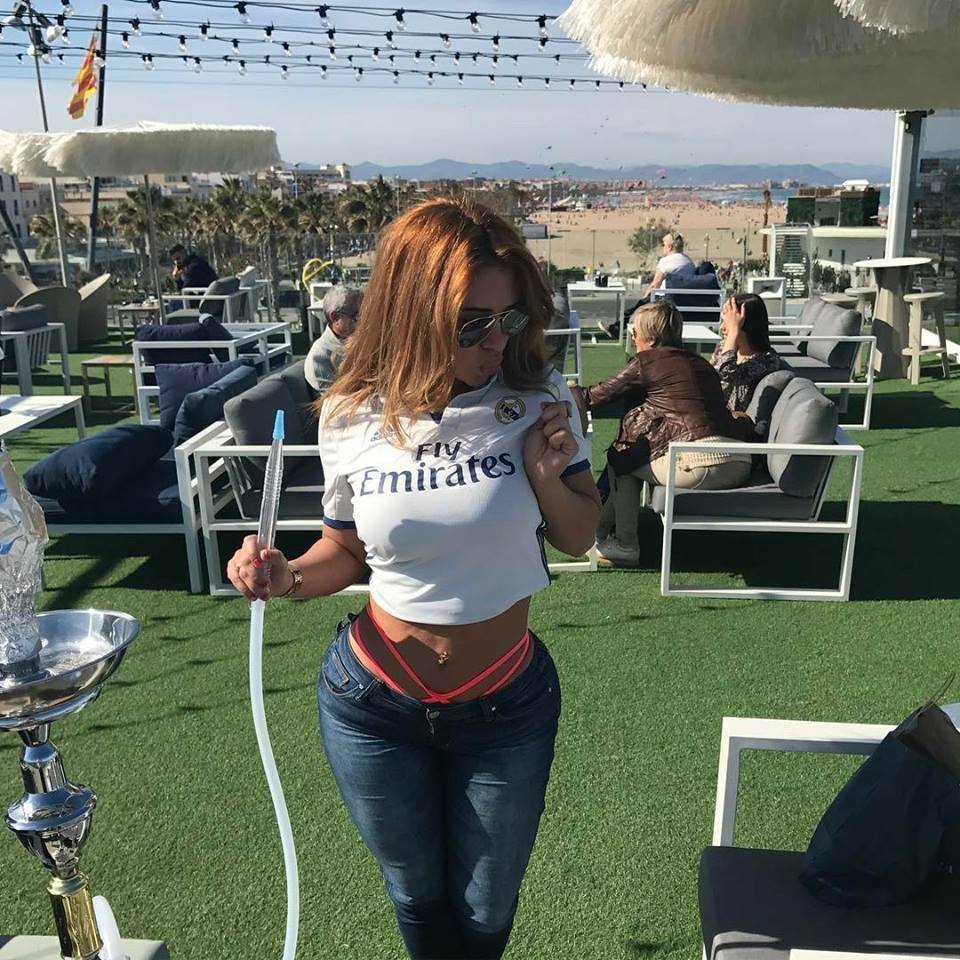 One-time Mexican Champion and U-20 CONCACAF Champion in 2018, Norma Palafox is a very talented young lady. So far she hasn’t yet played for her national team, but if she continues playing the way she does, she very soon will. She has gained enormous amounts of fame through her Instagram account. She currently has 2.2 million followers and brands are queuing to have her endorse their products. 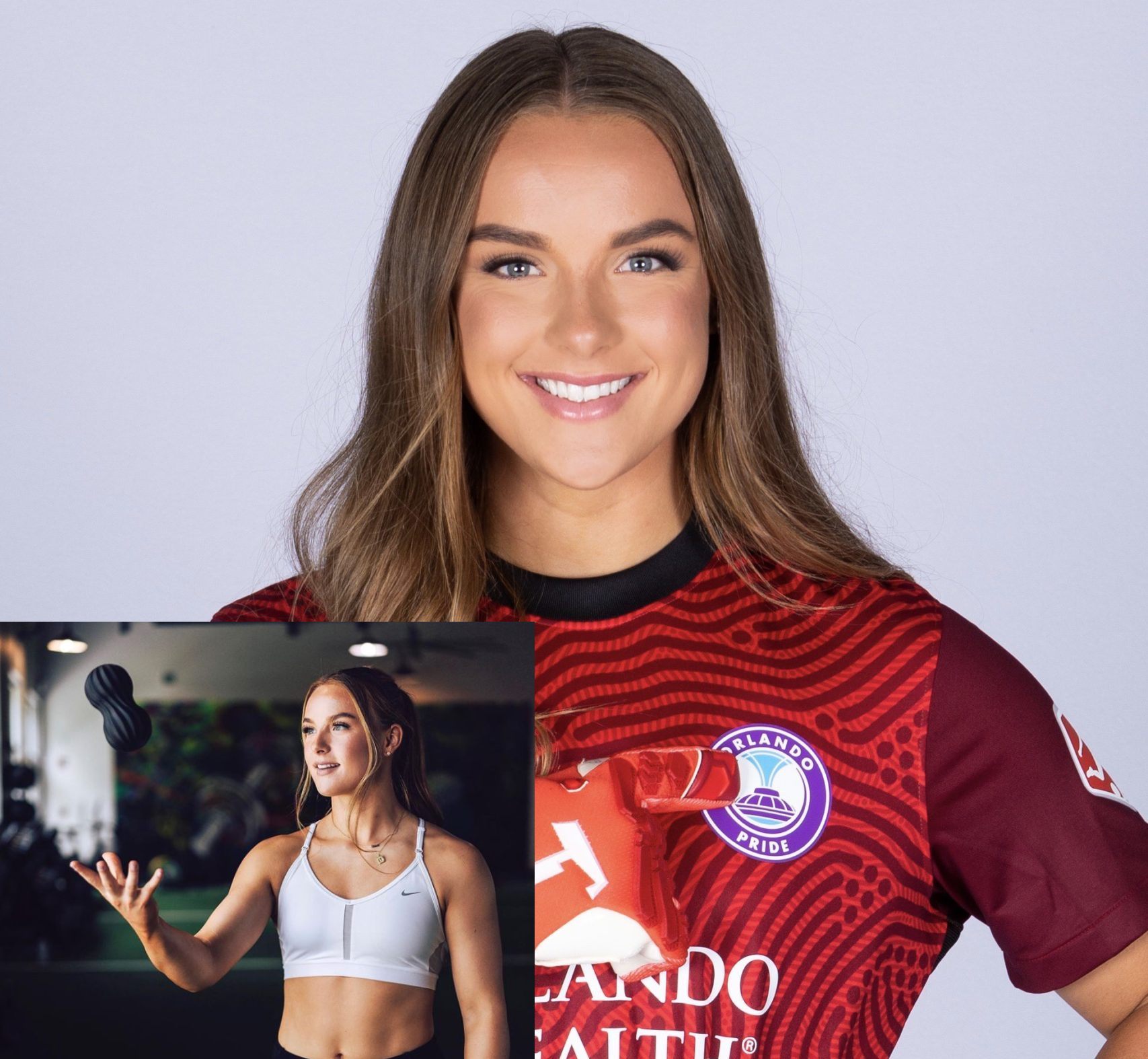 Some of you might know Brittany Isenhour by her maiden name, Brittany Wilson. Since December 2021 she goes by her husband’s last name after she got married to weightlifter Trystan Isenhour. The blonde goalkeeper, a Colorado native, is known for her athleticism on the pitch and for her stunning smile off of it. 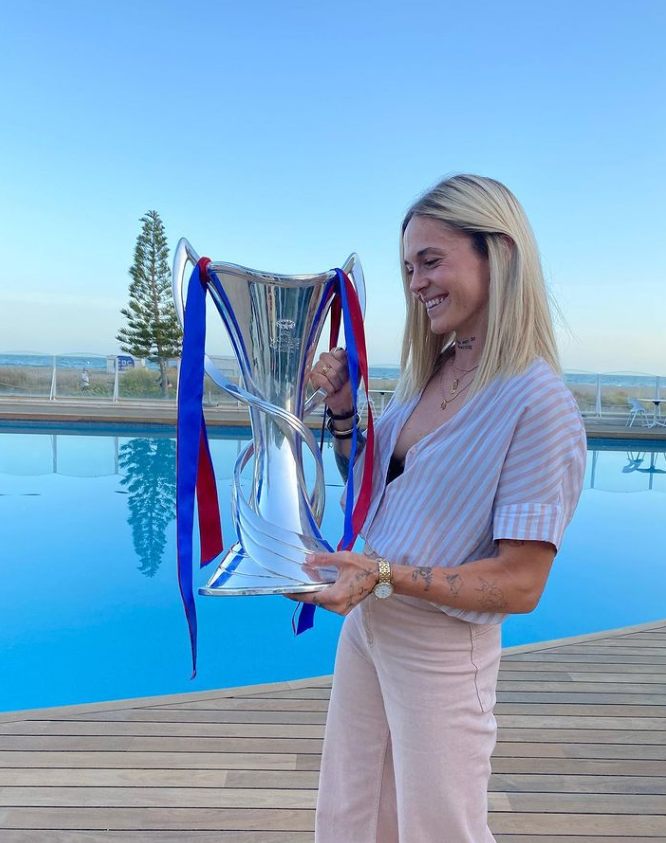 As a footballer, Maria Pilar (or Mapi) León has won almost everything that can be won. A four-time Spanish Champion and Champions League winner in 2021, she is not only extremely talented, but she also serves as a human rights activist. She came out as a lesbian back in 2018 and has since been fighting for homosexual rights. She has a passion for motorcycles and loves her tattoos. The most famous one on her body, is the one on her neck, reading “Looks can be Deceiving”. 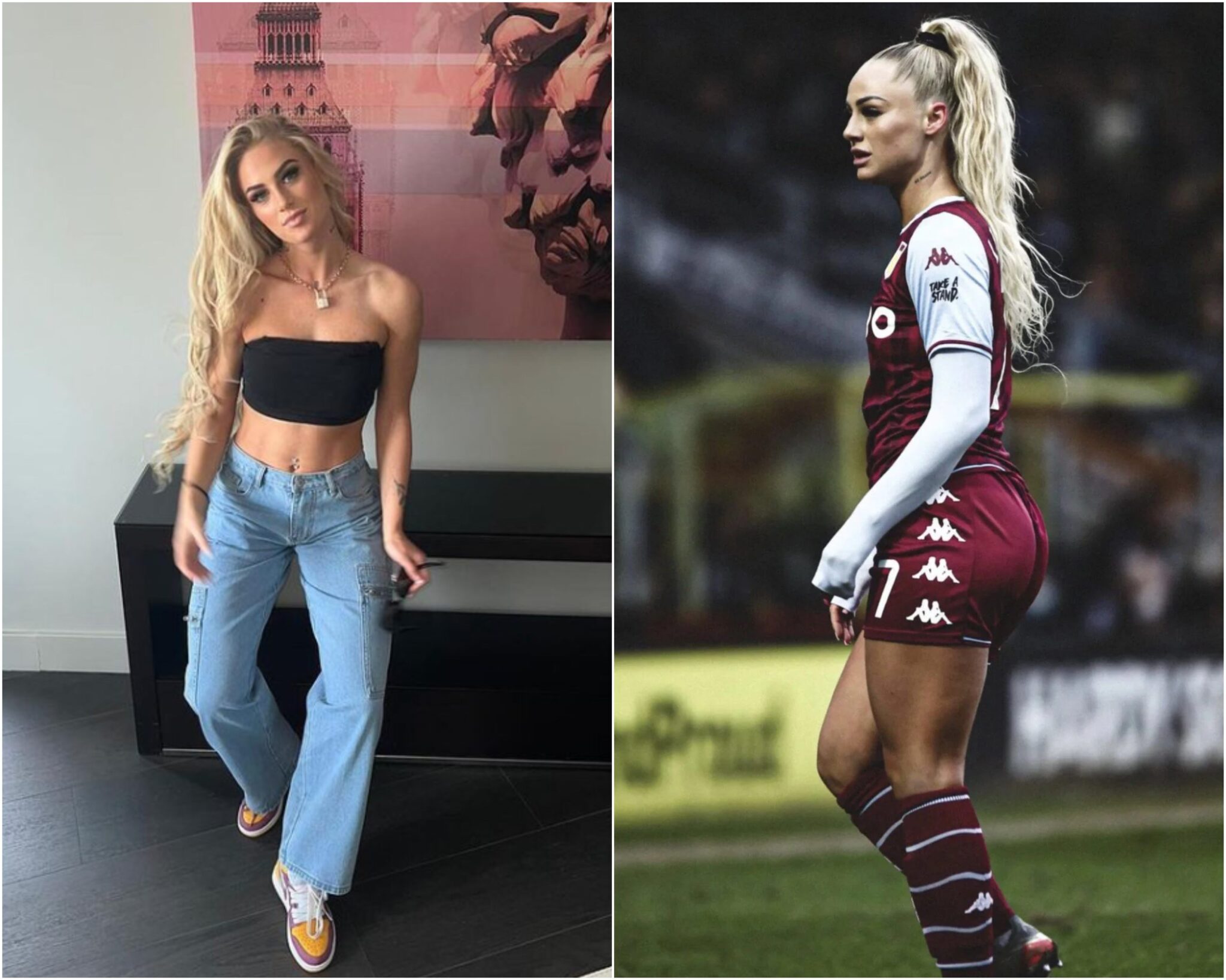 A Swiss international since the age of 18, Alisha Lehmann has played in the English Ladies’ Super League since 2018. She identifies as bisexual. She previously dated her national team teammate Ramona Bachmann and is now in a relationship with Douglas Luiz, who plays as a midfielder for Aston Villa’s men’s team. 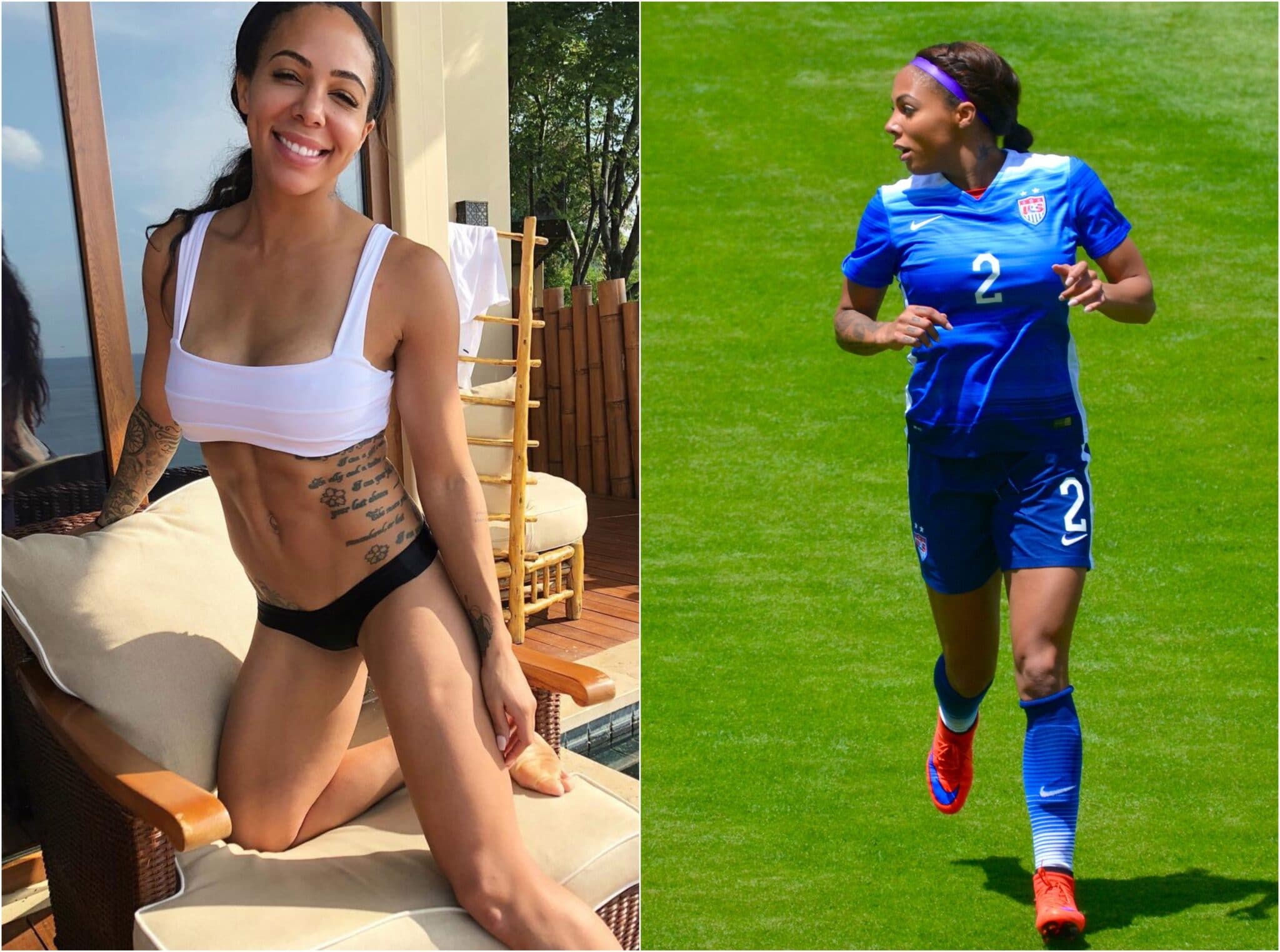 Nicknamed “Syd the Kid”, Leroux is one of the most famous faces in the women’s game. Born in Canada, she chose to represent the USA, as she holds dual citizenship (she has a Canadian mother and an American father). She played for her national team 77 times, scoring 35 goals and winning an Olympic gold medal and a World Championship in the process. She has a son and a daughter with her ex-husband, Atlanta United’s attacking midfielder Dom Dwyer. 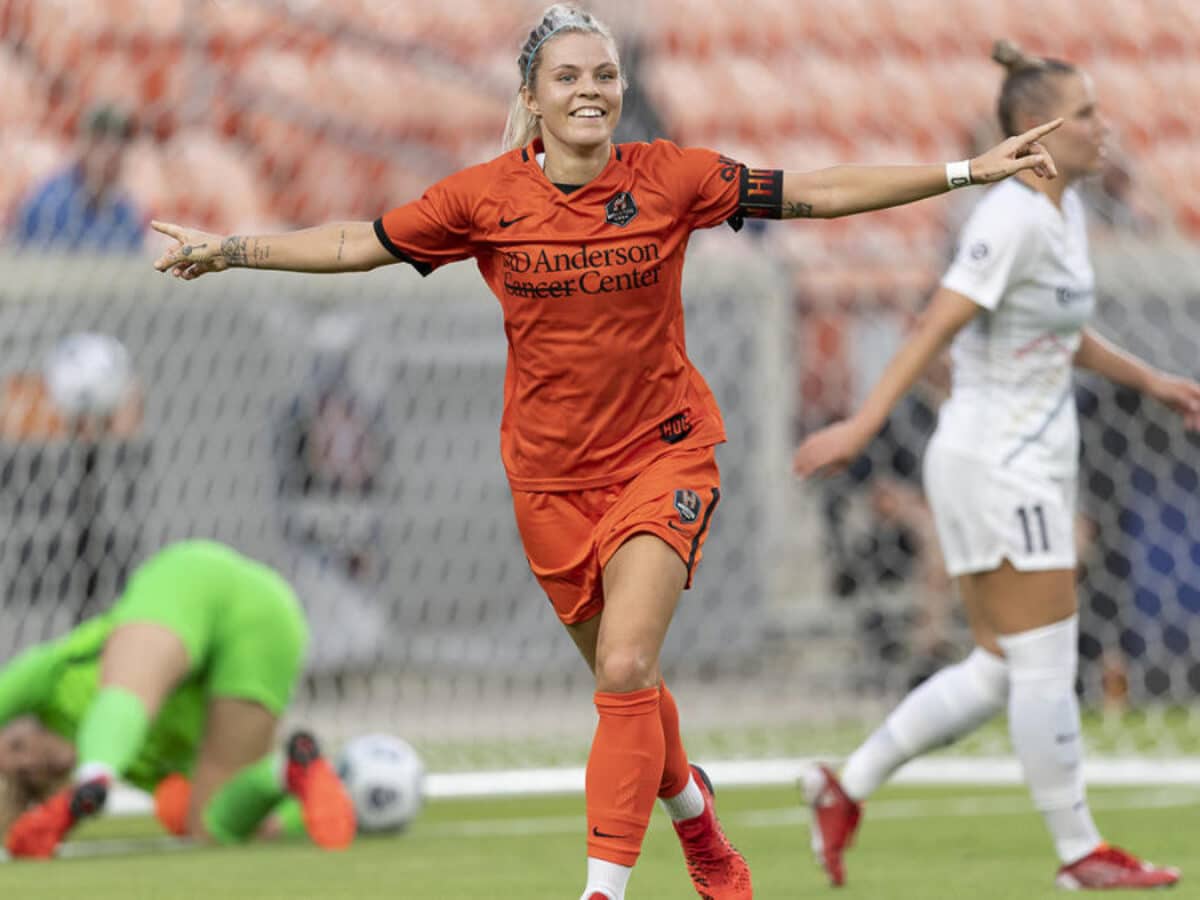 As with most female footballers of her era, Rachel Daly started playing in mixed teams next to boys. And she was by far the best of them. She turned pro at 17, and is now Houston Dash’s captain. She had previously dated Houston Dash teammate Kristie Mewis. 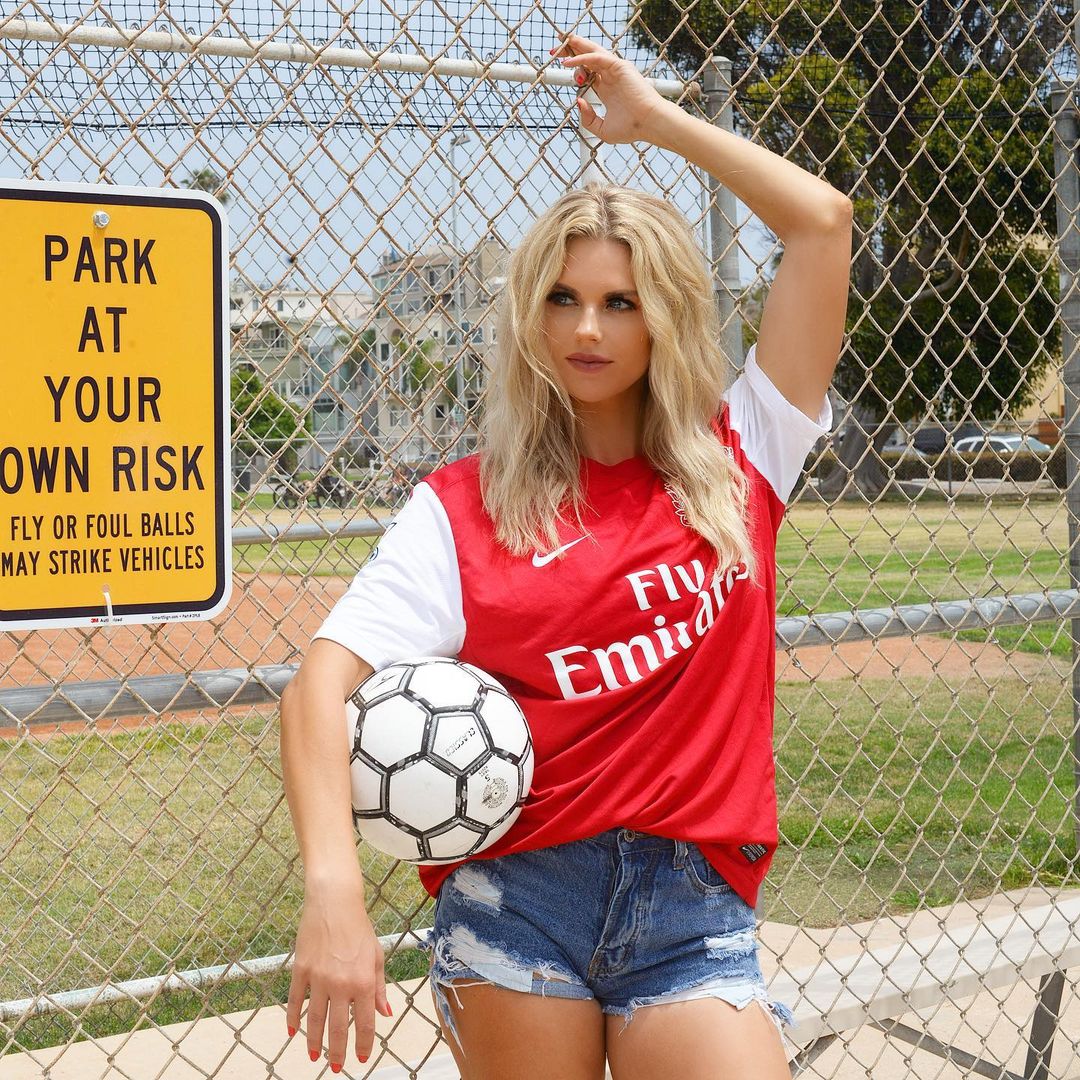 Born and raised in Wisconsin, she acquired Canadian citizenship through her father in 2010. She was immediately called to the national team and helped win Olympic bronze in 2012. “Sessy” is one of the most active female soccer players on social media, but she tries to keep her personal life private. It is rumoured that she had a long-time boyfriend. with whom she broke up recently. 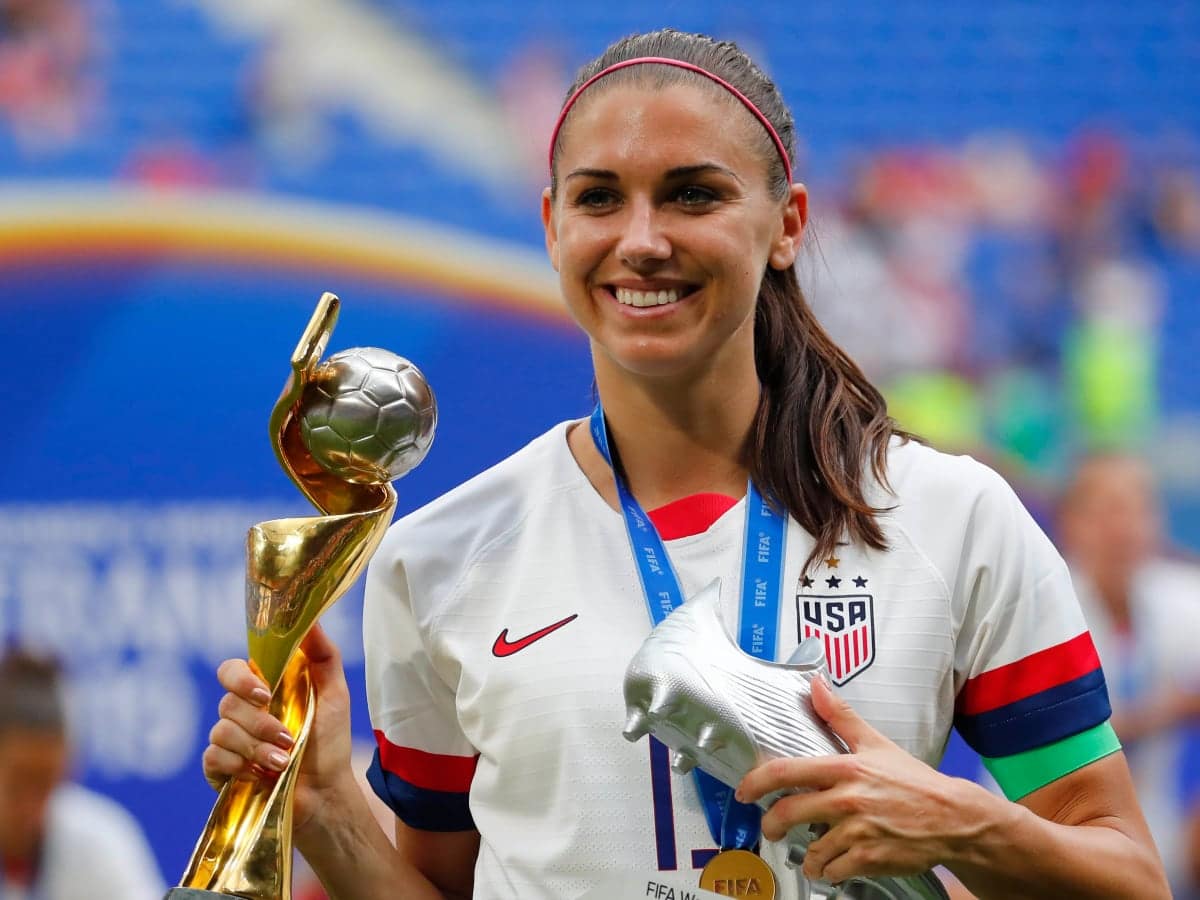 Alex Morgan is one of the best players in the world. She is also hot as hell. A 190-time American international (scoring 115 goals in the process), she has won numerous trophies, including two World Cups, one Olympic gold, a Champions League, and has been named four times as a member of the FIFPro World11. She is vegan, as is her husband Servando Carrasco (also a former footballer), with whom she has a baby daughter. 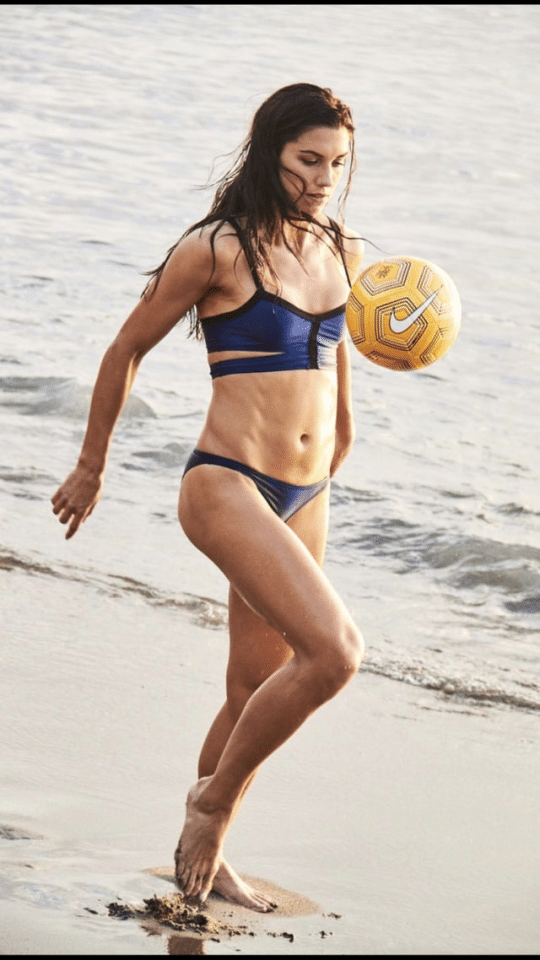