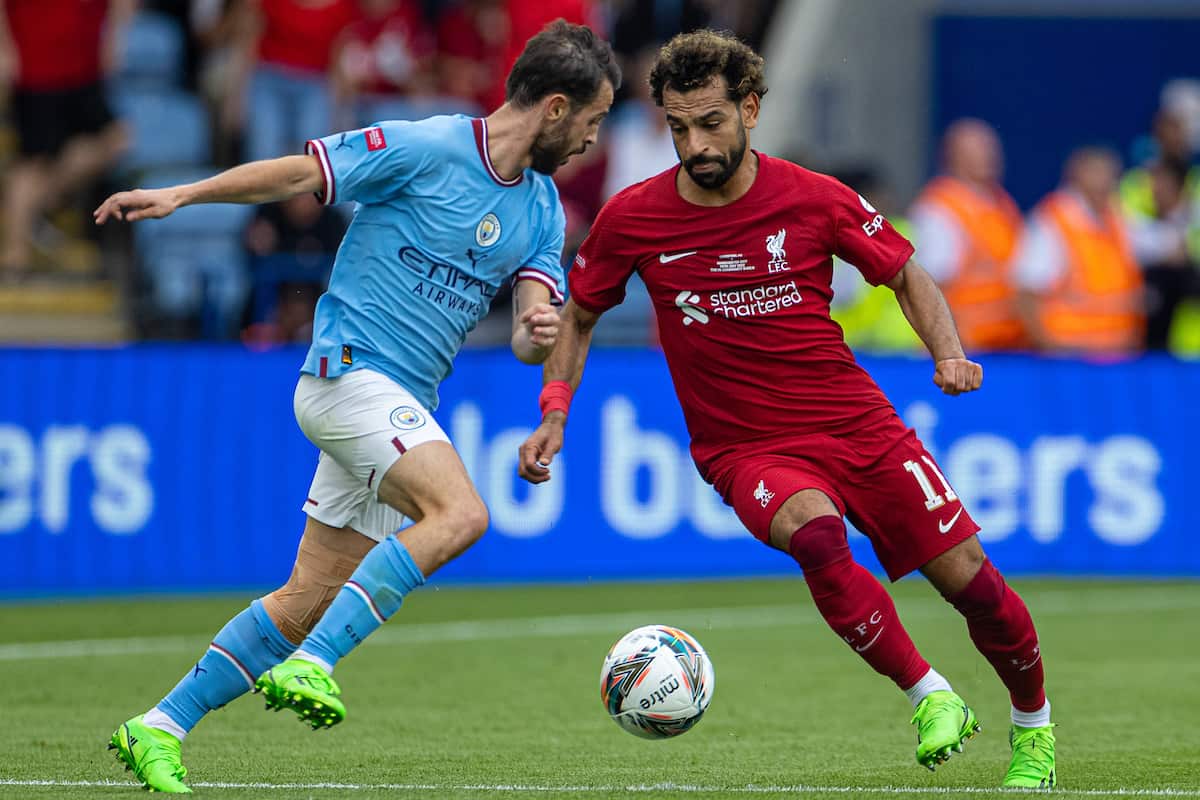 If there are two teams in Europe that wanted the World Cup break, these were Manchester City and Liverpool. The Citizens probably play the most dominating style of football in the world (think of France in the last 25 minutes of the World Cup Final but for 90 minutes), but were beginning to lose momentum. Liverpool have been a shadow of themselves ever since the season kicked off and wanted a pause to regroup and reboot. What will we see today at the Etihad Stadium? Let’s dive into my Manchester City vs Liverpool Predictions.

Before we move on, just remember that you can win a Free Bet to wager on City vs Liverpool absolutely risk-free!

What the break meant to City

Manchester City went into the World Cup break on a loss. A home loss. A home loss to Brentford, who had not won away from their home ground in more than a year! Arsenal went 5 points clear on the Premier League table and Pep Guardiola was glad to receive that free month from FIFA.

Erling Haaland and Riyad Mahrez had the month off to rest. Kevin De Bruyne came back after just three games (where he did not even break a sweat). Ederson only played 85 minutes for Brazil. The English, Dutch Spanish, and Portuguese internationals all returned after the quarter-finals. Only Julian Alvarez went all the way and this could still prove to be a W for Pep, as the young Argentinian excelled in the World Cup and proved he can be lethal from the flanks.

What the break meant to Liverpool

The World Cup break meant the world to Liverpool. None of the team’s players advanced past the quarter-finals and some of the most key members of the squad went on a nice vacation trip to bond and become a team again. The picture of Salah and Tsimikas riding a camel is priceless. Not that this picture affects my Manchester City vs Liverpool predictions in any significant way. It is just awesome.

Jurgen Klopp knows perfectly well that fighting for the Premier League title might be hopeless by now, 15 points behind Arsenal. But he has created a squad full of fighters. They will win the league or fall trying. And then, there are other trophies to play for. Right? This is not only a question about who is better prepared. It is a question about who’s more thirsty.

Who’s playing and who’s not

It’s been only four days since the World Cup Final. This feels crazy and in some way it is. But it is also unique and fascinating. It is interesting to see which players will be used in this match and who’s not ready just yet. Absentees will certainly affect the approach to these Manchester City vs Liverpool predictions for the League Cup.

For City, Alvarez arrives in England today, so he will not feature, plus it is highly unlikely to see Ederson, Walker, Stones, Dias, Cancelo, Phillips, Bernardo, Foden, and Grealish. On the flip side, Ake, Akanji, Laporte, De Btuyne, Gundogan, and Rodri are ready to go.

As for Liverpool, van Dijk and Konate are out, Allison, Alexander-Anrdonld, Henderson, and Fabinho will probably be protected, but Darwin is set to start.

Remember when the season started? Remember the Manchester City vs Liverpool match for the Community Shield? When Liverpool dominated City, winning 3-1 in Leicester? Many Liverpool fans might have thought at that point that this season is going to be an absolute fairytale. Alas, City are the team that plays the best football in England and right now Pep Guardiola has every right of dreaming of something absolutely unprecedented: the Quadruple. In order to do that, the Citizens ought to win this EFL 4th Round tie vs Liverpool.

I spent way more time than I should have in order to come up with my final Manchester City vs Liverpool predictions. I firmly believe this is a game that is more fit for live betting. We don’t yet know who is going to feature and which players will the two coaches rest. I am going to risk it. Out of the other seven 4th Round ties, only one (Charlton vs Brighton) was decided on penalties. I wouldn’t be surprised if this one came down to a draw. And I expect a draw with goals, so the anytime 1-1 scoreline is also a bet I am willing to make.