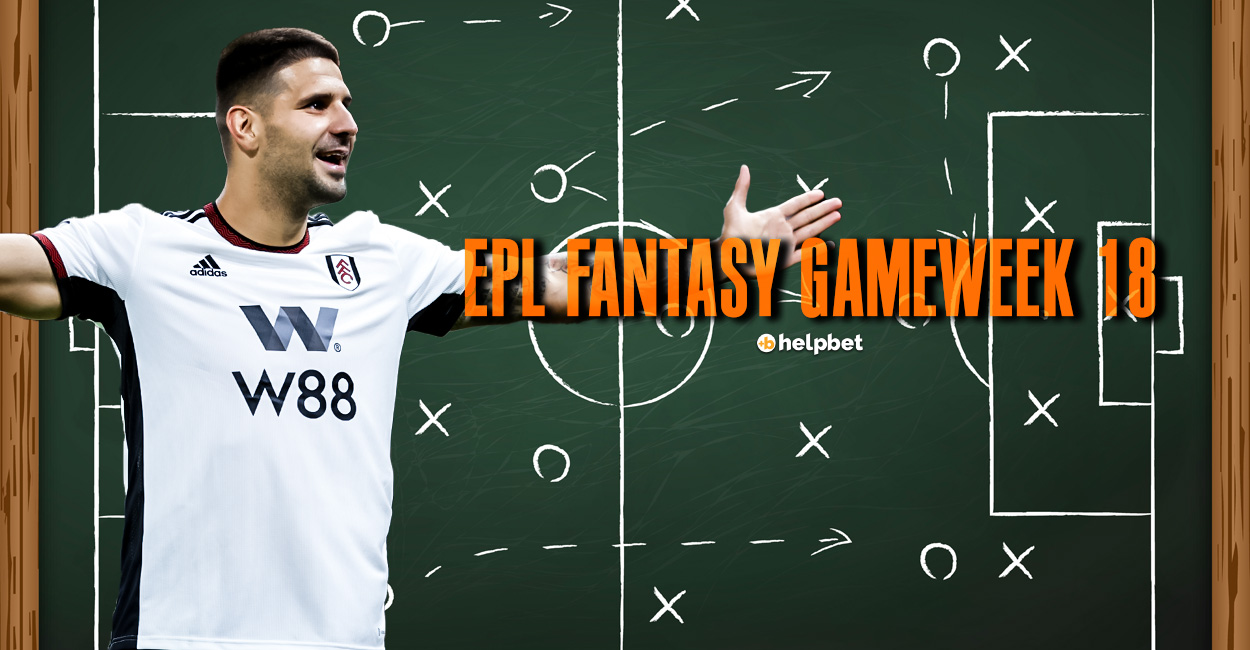 The Premier League returned on Boxing Day and fantasy owners saw some of the biggest earners in the game have yet another monster week. We also saw some surprises popping up. With all that in mind, we now turn our attention to the next bunch of matches. And with them, we bring you our EPL Fantasy Gameweek 18 Player Picks. Remember that next week is a double one for Fulham and Chelsea, so if you want to increase your double-earners, you should start planning now.

Kepa is playing with confidence and is once again Chelsea’s number 1. He had a great game against Bournemouth, getting the points for his clean sheet, his five points, as well as two bonus points. He will now face Nottingham Forest. Forest have only scored 11 games in 16 matches, the second worst tally in the Premier League, behind only Wolves, who now have a new coach and showed they are ready to start finding the net once again. He is an affordable option and might prove to be a keeper.

We were tempted to go with Bernd Leno, who is cheaper, but using your Fulham spots for outfield players ahead of the double week is a better idea. Nick Pope is the best scoring goalkeeper in EPL Fantasy. He has kept 8 clean sheets and he has conceded more than one goal only once, in that 3-3 draw against Manchester City, more than four months ago.

Kieran Trippier reminds us of last season’s Trent Alexander-Arnold. He is the most productive defender in the game, having scored 25% more points than the next-highest scorer. He has 42 points in the past four weeks, which is more than anyone else. He should be on your team.

Wolves showed a better self against Everton, but the same is true of Manchester United. The Red Devils seem reborn and their star players will have to lead the way if the team wants to compete for the best position possible. Raphael Varane is one of the best defenders in the world and is up for clean sheet points. Plus, he gets extremely dangerous when one of his teammates sets the ball down for a corner kick.

Thiago Silva is the most consistent Chelsea defender, but there is a reason we are going with Koulibaly in our EPL Fantasy Gameweek 18 Player Picks. At age 36 Silva will likely be rested for one of the four games Chelsea have to play within 9 days. If Koulibaly plays in all of them he might be a nice differentiator for your team.

Next week is a double one for Fulham. It will be a toughie, as the Cottagers will have to face Chelsea, but their next opponent now is Southampton, currently the least fearsome team in the Premier League. Tim Ream has started every match for Fulham, he has played all but three minutes in the Premier League and was Fulham’s highest-scoring defender even before scoring his first goal, against Crystal Palace two days ago.

How was Miguel Almiron affected by the World Cup break? Well, he wasn’t affected at all. He picked up where he left off with yet another goal and 8 points. He has a relatively easy game ahead of him.

We picked Salah over De Bruyne from the elite midfielder tier last week. And he delivered with a goal and an assist against Aston Villa. Mo is in great form and as some of his teammates continue to struggle, he will keep carrying Liverpool and getting points.

You would be forgiven if you forgot Marcus Rashford is listed as a midfielder in the game. After an abysmal campaign last season, Rashford is back strong and he scores like it’s nobody’s business. He is Manchester United’s most in-form player and he is owned by less than 7% of fantasy owners.

Not only does Chelsea have a relatively easy match coming up, but they follow that with a double week. Mason Mount is Chelsea’s most productive midfielder and he scored his third goal of the season against Bournemouth, so he is red-hot.

The 15.7% of managers who do not own Erling Haaland are probably the ones who set a team at the beginning of the season and never revisited the game.

Mitrovic does not care if he is facing an easy or a tough defence. He will likely score no matter what. After his goal and two assists against Crystal Palace, he now faces the problematic Southampton defensive line. And a double weekend is to follow…

With Gabriel Jesus out, Nketiah got his chance. And he scored, showing he can fight for that starting role. He is a cheap option with potential value.