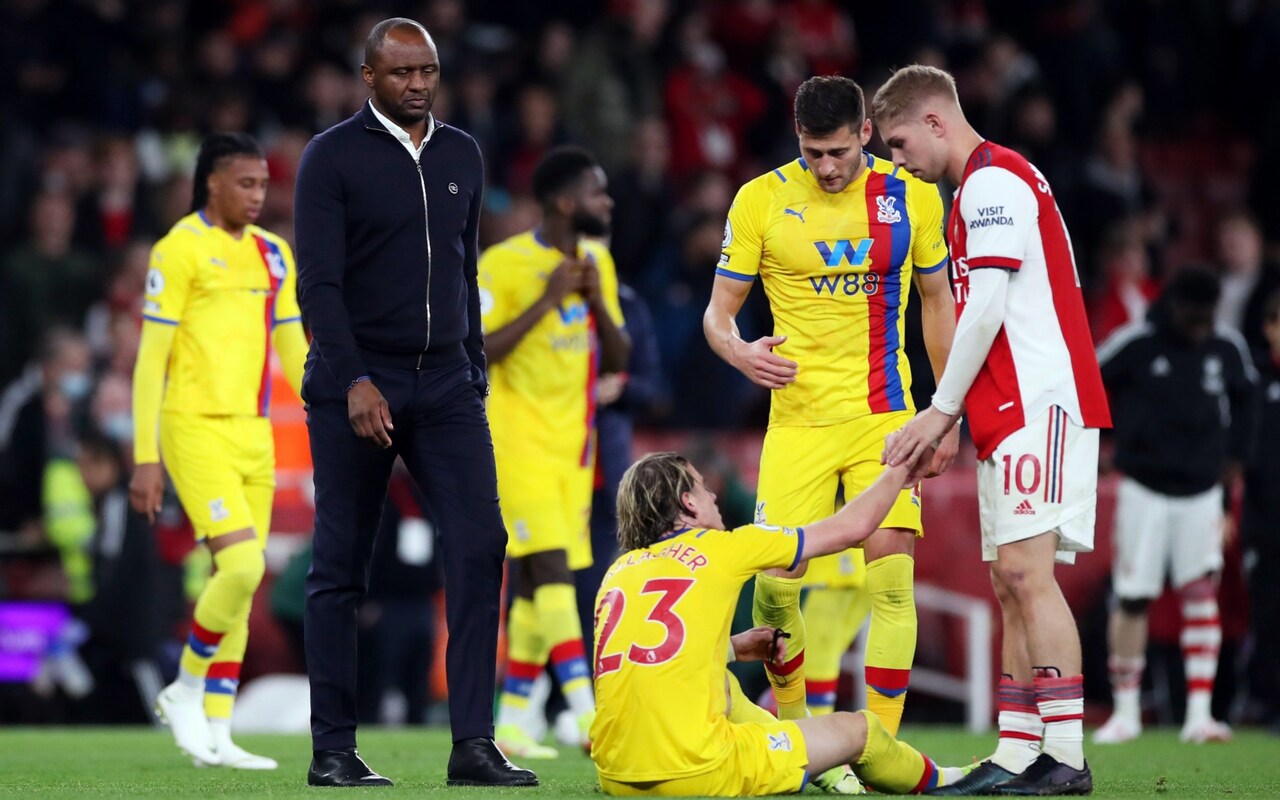 What a way to kickstart this Premier League season. Two absolute legends facing the teams that made them. Patrick Vieira is hosting Arsenal and Frank Lampard is hosting Chelsea. If only Liverpool were to play Steven Gerrard’s Liverpool… Alas. The football gods don’t appreciate irony as much as I do.

So we start up today with that Crystal Palace – Arsenal tie. Patrick Vieira did just fine against his old club last season, winning 4 out of 6 points. His Palace team was amazing when hosting Big-6 clubs at Selhurst Park. They dominated 3-0 both Tottenham and Arsenal, they won 1-0 against Manchester United and snatched a 0-0 out of Champions Manchester City. Even their two losses were hard-fought. Chelsea got the 1-0 victory with an 89-minute Hakim Ziyech goal, while Liverpool had a much tougher time than the 3-1 scoreboard shows.

But enough about the past. Arsenal failed to win against Palace last season, but they are a different team now. The summer friendlies showed us a team that must be feared. Especially the two recruits out of Manchester City have already turned some heads. Namely Gabriel Jesus and Oleksandr Zinchenko.

Crystal Palace have a bit of an issue between the sticks. New signing Sam Johnstone suffered a quadriceps injury and will most likely be sidelined, while Jack Butland is definitely out with a broken arm. So Vicente Guaita will take the starter’s shirt for this season’s opener. The most important blow for the Eagles is Michael Olise’s ankle injury, as he led the team in chances created last season. Alongside him, James McArthur will miss the match.

Arsenal have a few injury issues themselves. Emile Smith-Rowe is out with a groin problem, while Fabio Vieira, Kieran Tierney and Takehiro Tomiyasu are also dealing with minor injuries. All eyes are, of course, on Jesus, having Odegaard behind him in his new role as an attacking midfielder (and as the team’s primary captain).

Arsenal are justified favourites for this match, but it won’t be easy. Crystal Palace are a notoriously hard team to beat at Selhurst. We are going with both teams to score at 17/20.