Who will be the World Cup’s top scorer? 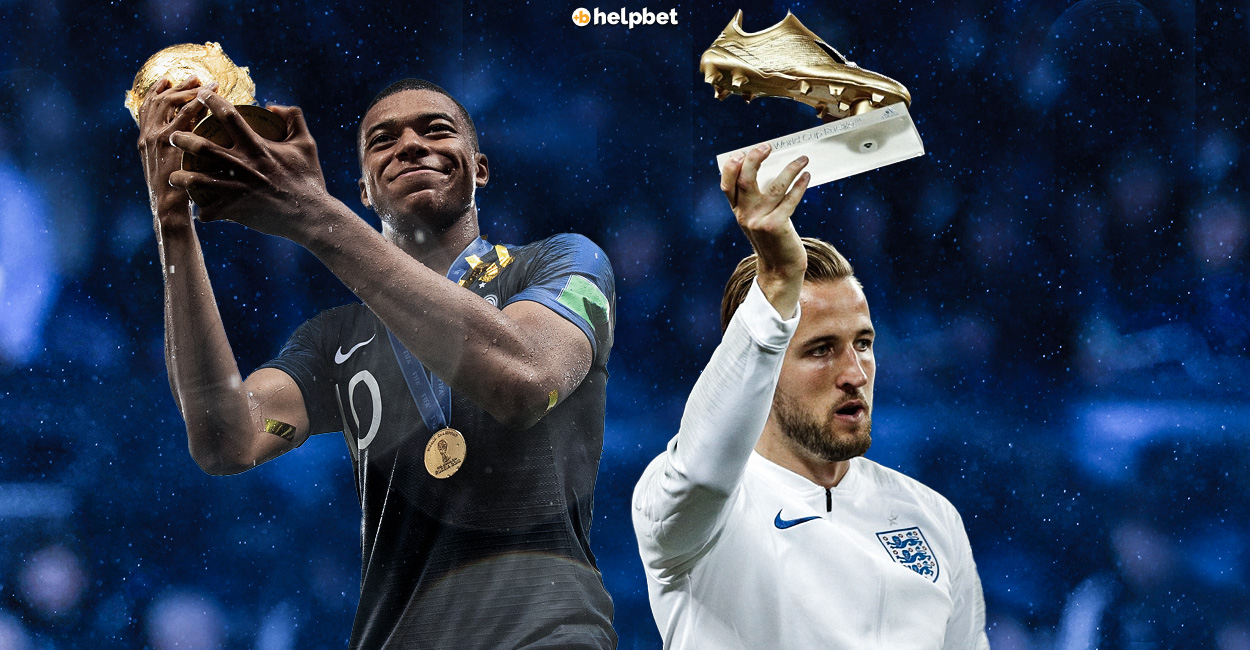 It has been four straight World Cups where the top scorer does not come from the title-winning team. Consolation prize? For some, it is much more than that. Who will be the World Cup’s top scorer in Qatar? Helpbet.com brings you the top odds.

Here are the favourites to be the World Cup’s top scorer in Qatar, according to the best football betting sites.

England reached the semi-finals in Russia, four years ago, and Harry Kane was the World Cup’s top scorer. He is once again the favourite to do it for the second time in a row. If he scores twice in the World Cup, he will join Wayne Rooney as England’s all-time top scorer and with three goals he will hold the record on his own. This season he has 12 goals in 20 appearances with Tottenham.

On his first World Cup, as a teenager, Mbappe found the net four times (including once in the final) and he helped France win the trophy for the second time. he is now France’s greatest football star and among the favourites to be the World Cup’s top scorer, as well as to win the tournament’s Golden Ball. He is still 23 years old and he has scored 28 international goals. So far this season he has 18 goals in 19 appearances with Paris Saint-Germain.

Lionel Messi doesn’t care if he will score goals. He wants his team to win the World Cup, so he can guide Argentina to the promised land as Diego Maradona did before him. But he has scored 6 World Cup goals in the past and he goes to Qatar in top form with 12 goals and 14 assists in 18 Paris Saint-Germain games this season.

Karim Benzema comes off the best season of his career when he won the Balon D’ Or with ease. This season he is dealing with some minor injuries, but still, he has found the net 6 times in 12 Real Madrid matches.

Brazil is the favourite to win the World Cup. It doesn’t matter who scores the goals. The important part is for the team to win. Still, Neymar is yet another member of the Paris Saint-Germain Big-3 who is in stellar form and scores when he wants. Since the beginning of the season, the Brazilian star has made 19 appearances, scoring 15 goals in the process.

If Ronaldo scores at least one goal in Qatar, he will become the first footballer to find the net in five World Cup tournaments. The Portuguese skipper has had an abysmal season so far (at least for his standards), with 3 goals in 16 games with Manchester United. There are rumours about an upcoming Cristiano Ronaldo transfer, but when he plays for his country he is a different player. He has scored 7 World Cup goals in his career but he has never completed a World Cup as its top scorer.