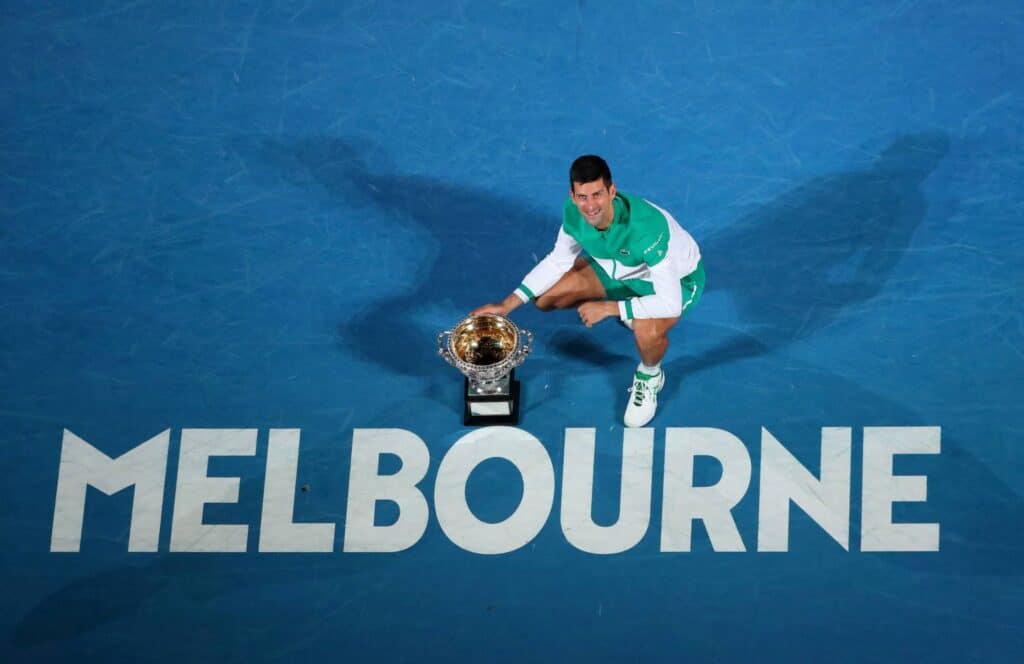 Melbourne traditionally hosts the first Grand Slam of the season. The first serve of the Australian Open 2022’s main draw is just days away (scheduled for 17 January), but things are like nothing we’ve seen before. Many top-100 players have called the Australian Open their favourite tournament and the mood is always festive. But this year it’s the controversy surrounding tennis’ biggest star that gets all the attention and rightfully so. After Australia decided to cancel his visa for a second time, Djokovic is expected to miss the tournament and this seriously affects the betting odds, as found on the biggest tennis betting sites.

It all started when the Australian Open organising committee refused to let record 9-time winner Novak Djokovic compete, as he is not vaccinated against the COVID-19 virus. He appealed the decision and won, as he got infected less than six months ago. So he travelled to Melbourne, but upon his arrival, his visa was cancelled. A few days later he won an injunction against said visa cancellation and was free to enter the country.

Momentarily it was falsely reported (after claims made by his father) that Djokovic was once again arrested a few hours after his release. This was inaccurate, but it is true that the situation is not yet over. It is proven that Novak Djokovic lied about his whereabouts in his visa application. This can lead to up to a 3-year entry ban. At the same time, controversy continued to grow, as Djokovic himself admitted to having attended a press conference while positive to the virus. He knew about his illness, but he agreed to take a selfie with a journalist, who got subsequently infected.

Friday afternoon, just three days before Djokovic was supposed to take the court in Melbourne, the Australian Immigration Minister announced that his visa is again cancelled and the player will be deported.

Will Djokovic play at the 2022 Australian Open?

It is highly unlikely. This time, the situation looks like a done deal, but the Djokovic Australian saga hasn’t stopped surprising us, so nothing can be said for sure until Monday.

Up until the point of his visa cancellation, Djokovic was the clear favourite, despite having been held in detention for five days, despite even the fear of deportation. As this has now happened, Daniil Medvedev is the favourite to win it all, followed closely by Sascha Zverev in the tennis betting odds. Rafa Nadal and Stefanos Tsitsipas aren’t 100% fit entering the tournament, so their odds are understandably higher.