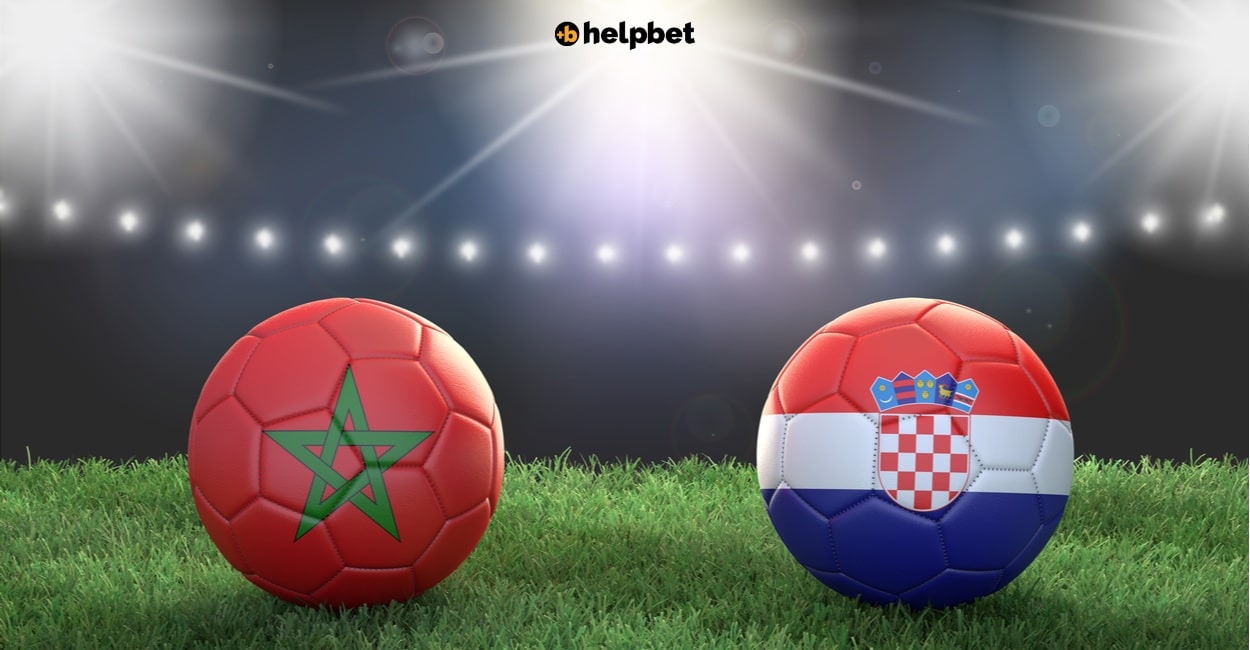 Is there really a reason to have a 3rd place playoff in the World Cup? This is a question that is not easy to be answered and this is not the platform to attempt something like that. For us, having one extra match in this competition, this Croatia vs Morocco game, is a blessing.

Being able to see the two biggest surprises of the tournament face each other is a big deal, so here is your betting preview for Croatia vs Morocco.

Argentina beat Croatia with ease in the semi-final, as the Croatian defence could not deal with this amazing group of players, led by Lionel Messi. That means nothing for what this team has achieved, reaching the semi-finals of a World Cup for the second time in a row. Mind you, we are talking about a team representing a country of fewer than 4 million. With such a limited player pool to choose from, what Croatia has done is nothing less than marvellous.

This will be Luka Modric’s last World Cup game. So despite Zlatko Dalic’s extended rotation, we will see the Maestro from Zadar play. Aged 37 he wants to give his country, his young country, which is younger than him in fact, a third World Cup medal, after the silver he won in 2018 and the one won by the first great generation, in 1998.

Dalic will give playing time to players who didn’t play that much, but he does want the medal, so we will see some of the bigger names starting. Josko Gvardiol is ready to go, but Marcelo Brozovic picked up a knock in the semi-final and will be absent today.

How did Croatia get here?

Morocco became the first African team to ever reach the semi-finals, which makes their World Cup run a great success story, regardless of the result of this game.

Walid Regragui, the manager who reformed Morocco and led the team to this Croatia vs Morocco playoff, said blatantly that he is not the biggest fan of this match. He will try for the win, however, as “being third is better than being fourth.”

There is no team more tired and more overworked than his Morocco, so we will probably see many bench warmers play, with Sofyan Amrabat, arguably the most impactful player in this World Cup, getting some rest. The biggest problems are in the defensive line, where three out of the four regular starters are not ready to play and there is no reason to risk an injury.

How did Morocco get here?

The two teams met in the group stage, the tournament opener for both. Then Croatia vs Morocco ended in a scoreless draw. This 3rd Place Playoff match will be much more open, as it usually is with these games. Both teams to score is probably the best bet.

Croatia vs Morocco Pick: Both Teams to Score @1.72