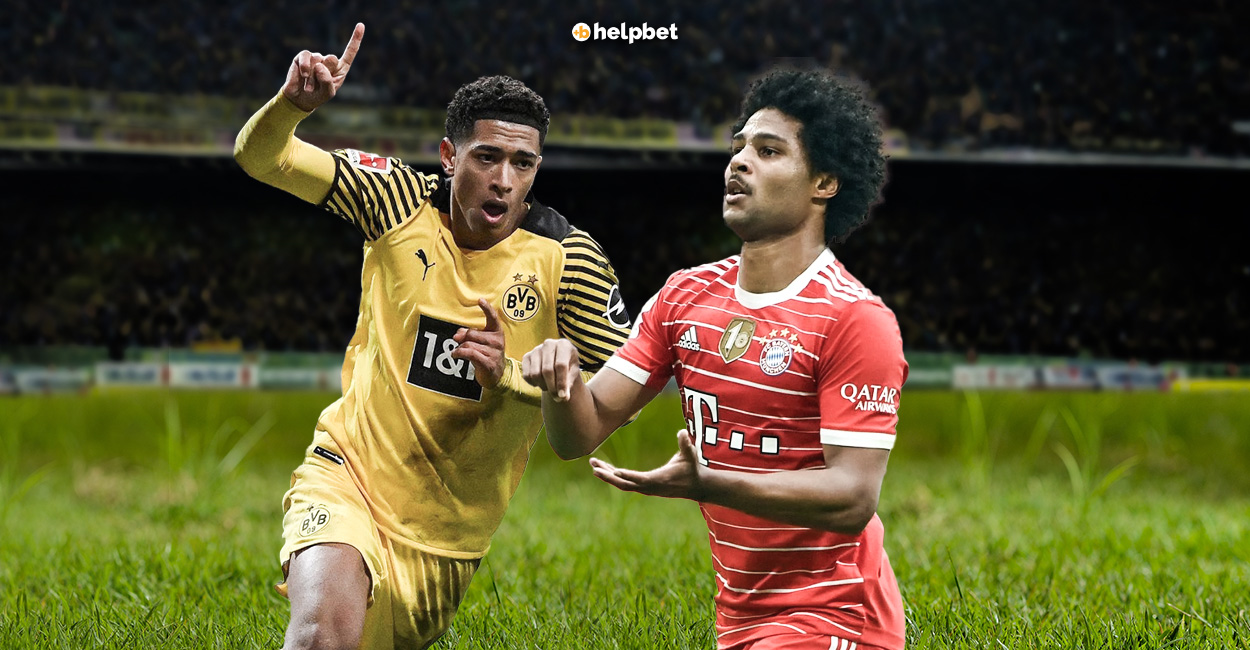 Those not familiar with German football would assume that Borussia Dortmund and Bayern Munich are age-old rivals. The most successful clubs in the country in recent memory, they have won a combined 25 Bundesliga titles in the past 29 years. Even that is somewhat misleading, though, as Bayern have won 20 and Dortmund 5. Their rivalry might not be the oldest one, but since the 1990s the feud is in the rise. The Dortmund vs Bayern match on Saturday is the biggest game of the week in the Bundesliga. Both clubs have 15 points from 8 outings, two less than surprise top-dogs Union Berlin and Freiburg.

Despite them both occupying the third spot in the Bundesliga standings, Bayern are clear favourites to win the title in May. The odds for the Bavarians to win it all for the 11th time in a row are at 1.13, while Dortmund are second on that list with odds of 11.00.

Bayern have been dominant in Germany for the past decade, while they have constantly been fighting for the crown of the European Champions. This time around they are third favourites to lift the Champions League, behind only Manchester City and Paris Saint-Germain.

Robert Lewandowski might have left the town, but Sadio Mane arrived and he is doing what he can to fill Lewa’s shoes. Serge Gnabry, Thomas Muller, Jamal Musiala and Leroy Sane, have been worthy companions. But if we have to choose the team’s best player, we can’t look past Joshua Kimmich. The 27-year-old has the distinction of being possibly the best defensive midfielder and the best right-back in the world. Is it a winning argument? Maybe not, but he can put his name among the top 5 in both positions. And on top of that, he is a capable scorer when it is needed.

As for Dortmund, they are probably the second-best team in Germany right now. Is it enough? Maybe not in the long run, but they can certainly hurt Bayern in 90 minutes, especially when the game is played on their home ground.

This is the first Klassiker since 2010 where there is no Robert Lewandowski. He spent 4 seasons with Dortmund and 8 with Bayern and he is the top scorer of Der Klassiker with 32 goals.

In the past few years, the Dortmund vs Bayern match has come to be called Der Klassiker, as a nod to the Spanish Clasico. It is believed that the term became popular prior to the two teams meeting in the 2013 Champions League Final.

The first match between the two clubs was a 2–0 Dortmund away win in 1965. They kept playing each other for decades, but the real rivalry started during the 1990s, when Borussia begun challenging Bayern for the domestic titles. In 1996 Bayern’s legend Lothar Matthaus called Dortmund’s Andreas Moller a “crybaby” and Moller slapped him in the face. At the end of that season, Dortmund won their only Champions League in their history. And they did it in Munich!

Since then, the rivalry between the two groups of fans is significant. It does not carry the levels of hatred that a Dortmund-Schalke derby has, but then again few derbies do.

Bayern are clear favourites ahead of the Saturday derby. Their odds of winning are at 1.65, while Dortmund are valued at 4.35 (4.50 are the odds of a draw).