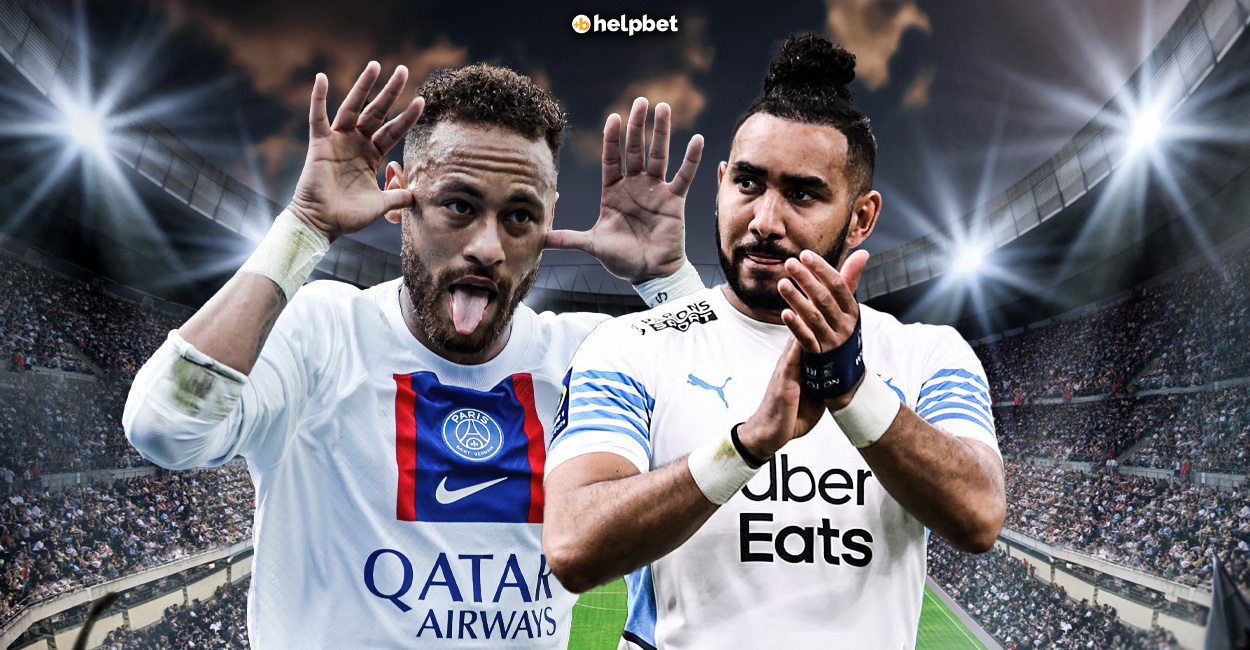 There aren’t many inter-regional rivalries in world football that can compete with the fierce nature of a PSG vs Marseille game. The French Classique, the clash between the only teams from the country to have won major European trophies, is set to be played this coming Sunday (October 16) in Paris, and the whole of French football is ready for it.

Just a few hours after the “original” Clasico, the Real Madrid vs Barcelona derby in Madrid, the French capital will host one of the most heated football matches in European football. The two fanbases hate each other with a passion and are equally as dynamic. But, if we want to be honest, there is a clear favourite here. Paris Saint-Germain have been dominating French football for the past decade, while Olympique de Marseille haven’t won a major trophy since 2010.

Going into Sunday’s game, PSG top the French Ligue 1 table, with 26 points from 10 matches, while Marseille are third (behind high-flying Lorient) with 23 points. It is of no surprise that Paris Saint-Germain are the absolute favourites to win yet another league title and overtake Saint-Etienne to become the first French side with more than 10 championships under their belt. PSG’s odds are set at 1.01, while Marseille are second with 23.00.

Every time Paris Saint-Germain don’t record a win in France, it is big news. Just like that, the Parisiens drew their last game against Reims 0-0, playing with ten men for more than a half, after Sergio Ramos was sent off for the 28th time in his career. The Spanish centre-back is believed to be the professional footballer with the second-most red cards to his name. The absolute record belongs to the world’s dirtiest footballer, Colombian Gerardo Bedoya, who retired in 2015 with 46 red cards received! Before that Reims match, PSG drew their match against Benfica. After that Reims match, PSG drew their match against Benfica. There is a pattern there…

After Lionel Messi rested for a few days, as he felt some minor disturbance, Christophe Galtier will have his big-3 ready to go for the PSG vs Marseille big match. We are talking about a galaxy of stars in the French capital. Winning the league is something that is to be expected. It is the Champions League that the Qatari owners dream of.

Of course, this doesn’t mean that Marseille will sit there doing nothing. Dimitri Payet and his gang have created an amazing team, that would have won at least a couple of league titles ten years ago. Despite losing Arkadiusz Milik over the summer, despite coach Jorge Sampaoli (whom players adored) leaving the club after he locked horns with the owners, Marseille are a strong team and not an easy opponent for the title favourites.

France has one of the strongest national teams in football. It has always been so, which makes it even weirder that French sides haven’t won more international trophies. Olympique de Marseille are the only French club to have ever won the Champions League (in 1993), while Paris Saint-Germain have won the Cup Winners’ Cup in 1996.

Despite the two cities being 775 kilometres apart, the rivalry between the two clubs is massive. During their first meetings, back in the 1970s, there was little indication that this could lead to a big rivalry. It all began after 1986, when PSG won their first Ligue 1 title and Marseille were bought by Bernard Tapie. PSG president Francis Borelli led the claims that Tapie was fixing matches and this led to tensions escalating.

The two rivals have met 102 times, with PSG winning 46 and Marseille 33 (23 matches ended in a draw). Zlatan Ibrahimovic is the top scorer in the history of the PSG vs Marseille rivalry, with 11 goals. Kylian Mbappe will probably overtake him at some point, as he has 7 goals to his name.

Interestingly enough, Neymar is the only man to be ever sent off twice in a PSG vs Marseille match. On 22 October 2017 he was sent off with a second yellow, while on 13 September 2020 he was shown a straight red. This match produced 12 yellow and 5 red cards. It is the only PSG vs Marseille match won by the Olympians (1-0 in Paris) since the Qatar Sports Investments group purchased the club in 2011.

There is a clear favourite in this PSG vs Marseille duel, according to the best online bookmakers. Paris Saint-Germain are offered at 1.40, while Marseille are at 7.40. The draw is valued at 5.25.