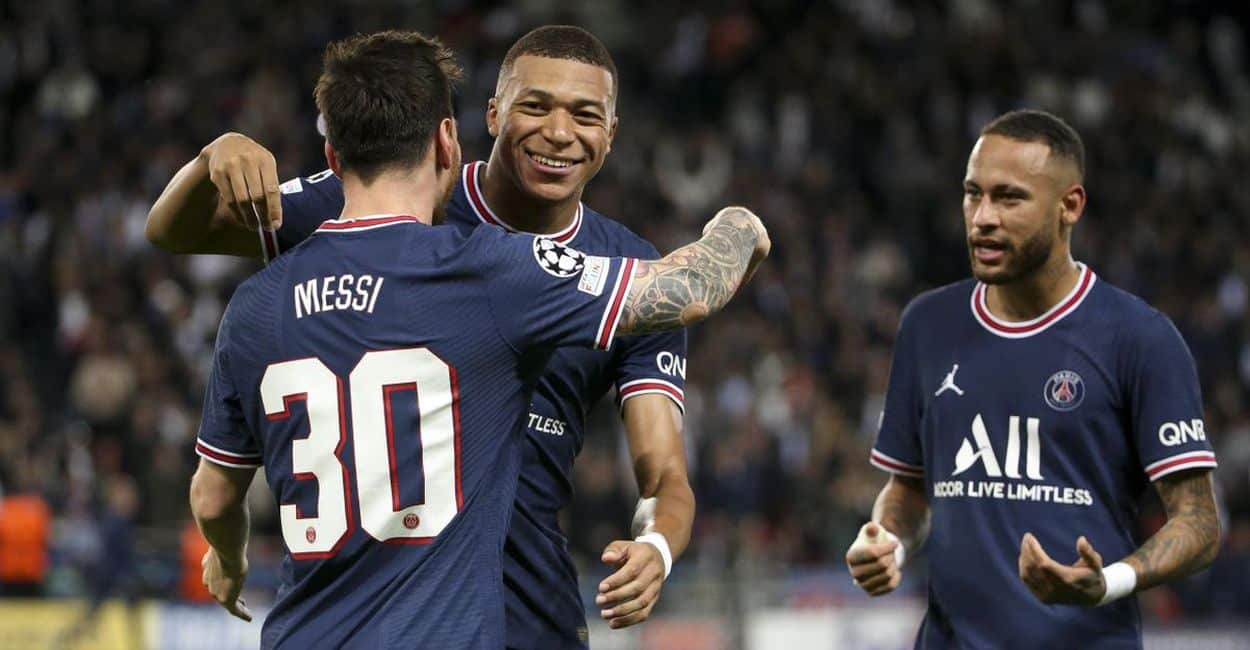 The World Cup in Qatar came to an end, as we march on to the second phase of the season. There are not many changes for the European Leagues Favourites. The rest is now over for many players and managers, as they wait for their fellow teammates to share a football pitch once more. Our focus is on La Liga, Serie A, German Bundesliga and Ligue A, in a mid-season checkpoint, ideal for anyone to reexamine the tables and winning odds.

If you want to see the updated Premier League odds, just click on the link.

Barcelona and Real Madrid will be the Spanish La Liga favourites for many years to come. It’s not only their history but also their ability to collect many stars and moments for every fan in the world, making this two-horse race often enjoyable.

Barcelona (1.55) is two points clear at the top of the table, proving everyone wrong, regarding its chemistry problems. Champions League results have been disheartening with Xavi in charge, but La Liga is a safe place for this team. Despite a loss to Real Madrid in October, the Blaugrana went to the international break on a 5-win streak and on top of the table.

The defending champions, Madrid, are always one step behind in the La Liga standings, as they dropped points twice in the last games before the World Cup, but you just cannot cut them off any conversation. There is not much to say about the remaining teams on this scale of examination. Real Sociedad and Atletico Madrid could be dangerous, but their odds state one thing: the quality gap is huge and Cholo Simeone has many hurdles to overcome if he hopes that his team could gain something more than a top 4 spot.

Napoli (1.40) is the only clear favourite, as Luciano Spalletti’s side seems unstoppable this season. They finished third last season, aiming for their first national title since 1989-1990. Two draws back in August are the only negative aspect of this nearly perfect campaign. Currently, on an 11-game winning streak, they made it very hard for the defending Champions, Milan (8.00), to retain their crown.

Stefano Pioli still keeps his players motivated, despite last year’s success. But losses against their title contenders, Napoli, and Torino and a draw against Cremonese, left them 8 points behind, fighting for a top-4 spot. Inter and Juventus come right behind. The blue side of Milan may be placed fifth but it’s odds are way too low (9.00). They faced many losses, keeping them down the table, but their ability to win (ten times already) could be something to rely on in the future. Juventus (12.00) is currently third after some excessive performances, managing to complete six straight wins, without even conceding a goal. The only question is “who will win the Serie A title?” in maybe the most competitive championship of the top 5.

Bundesliga returns after two months and a whole lot have changed in football since then. But there are no surprises at the top of the league’s table. Bayern Munich (1.04) heads towards its eleventh consecutive title, after a problematic start in the season. It is the same story all over again, especially when we watch the other teams, which are incapable of gaining momentum and being a countable enemy to the mighty Bavarians. Yann Sommer and Daley Blind are the replacements for the permanent absentees Manuel Neuer and Lucas Hernandez.

RB Leipzig (28.00) and Borussia Dortmund (36.00) are the only teams that could put up a fight. Marco Rose is an exceptional head coach who managed to transform Die Roten Bullen, after the bad management of Tedesco. The third position is something to brag about, but everyone at this club aims higher. Christopher N’kunku leads the goalscoring list, but he will leave Germany at the end of the season, heading to Chelsea. Borussia keeps stumbling. The third position on the favourites list is based on their ability to finish second most of the time, but almost every year the hope dies young. This season the team has many problems and not Erling Haaland, an attacker who could solve some of them.

PSG (1.01) could not miss a chance to win another championship. Galtier faces no competition and with Messi and Neymar having fun again, the team is very scary. Killian Mbappe is the star of the French league, being a real danger for many years already. The closest rival to this stardom is Lens (19.00) as of now. The five-point gap could declare Lens the only countable title challenger, especially as we speak for a team that has lost once since the start of the season.

Rennes (101.00) holds the third spot that leads to the Champions League group stage, but Marseille (29.00) proved to be one of the most hard-fought groups in Europe. The point differential between these teams is in an amount that no one could be written off at these early stages of the season.