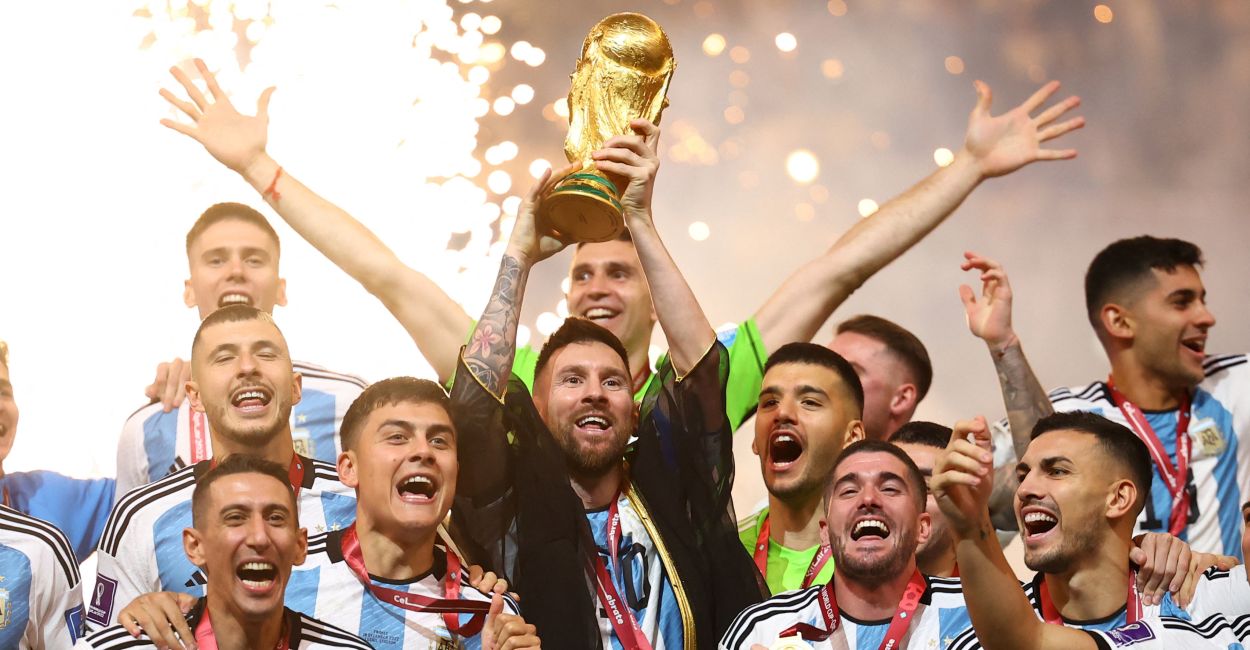 You are probably thinking that the World Cup just ended, isn’t it somewhat early to discuss favourites for a competition that won’t kick off for another three and a half years? Yes, it indeed is. But these super early 2026 World Cup Odds do serve a purpose, as we see which teams are expected to dominate international football in the years to come and which are expected to regress.

The next World Cup will have more than a few peculiarities. Firstly, it is the first World Cup to be co-hosted by three countries. The USA, Canada, and Mexico will be the countries to welcome the teams and their fans from all over the World and thus their national sides have automatically qualified. It will also be the first World Cup to include 48 teams, rather than 32, which means that every confederation will have (for the first time) at least one guaranteed berth.

Helpbet.com brings you the favourites, according to the super early 2026 World Cup Odds, as presented by the best online bookmakers.

The big question is which team the best football betting sites believe to be the most likely to win the World Cup in the summer of 2026. This is easy. It is France. A team that went to the Final for the second time in a row, lost on penalties and has a young squad, led by a player destined to become the king of world football. We are, of course, talking about Kylian Mbappe, who at 24 has a World Cup title, 12 World Cup goals, a Final hat-trick, and the potential to become the greatest player in the history of the tournament.

Meanwhile, the reigning Champions, Argentina, are the fifth team down the list. Their best player and key cog of the machine that won the title in Qatar, Lionel Messi, will be 39 by the time the next tournament begins, so the 2026 World Cup odds are not particularly favourable.

Brazil was the bookmakers’ favourite to win the 2022 World Cup. They got eliminated in the quarter-final against Croatia, but are now the second-favourite to win it all in North America, in 2016.

The Young and Promising

Three of Europe’s most promising national sides, three teams with a low age average but high potential, follow on the 2026 World Cup odds list. England is the third most likely to bring it home (yes, it is a tired joke by now, but it is a contractual obligation to use it every time), followed by Spain and Germany, both teams with exciting young cores.

Out of the three, Spain is the youngest and has a half-decent World Cup in Qatar. England played amazingly and showed loads of promise. Out of the regular fixtures in the Starting XI, Kieran Trippier and Kyle Walker will be 36 by the time the next World Cup arrives, Harry Kane and Harry Maguire will be 33, but everyone else will be in their prime. As for Germany, there are some really exciting young players, but there is much work to be done, as the traditional German discipline and team spirit have been absent for 8 years now.

There are three very exciting outsiders to keep an eye on as the World Cup qualifying campaign approaches. Portugal, the Netherlands and Italy have the talent but need something more (who knows what the X-Factor might be) in order to upset the absolute favourites.

Out of the three co-hosts, the USA are the team that is considered to be the most likely to win it all by bookies. Mexico follows, while Canada (despite having an exciting young team) is rather low on the list.