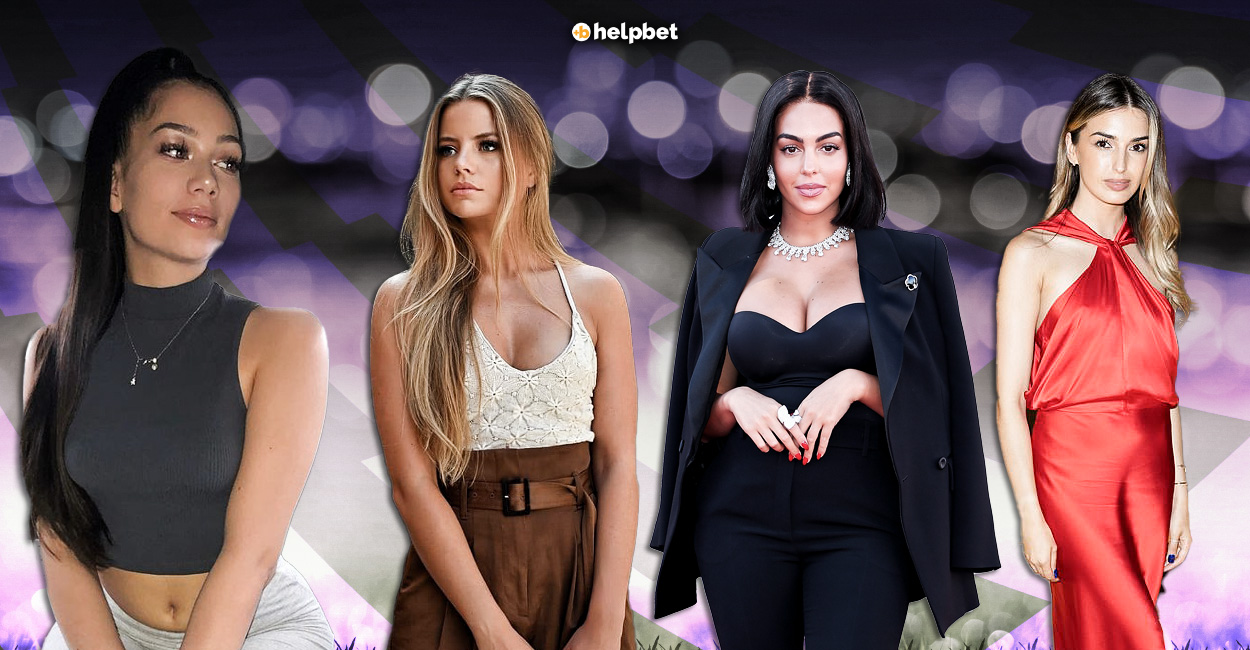 The Premier League is the best football league in the world. The top footballers play in England and they offer the best spectacle possible within the lines of the pitch. But there is spectacle outside of it. The protagonists there are not the players but their wives and girlfriends, more commonly known as the Premier League WAGs.

We present the most beautiful among them. Do you agree? Whom did we forget? Let us know in the comments below.

It is not easy to just pick ten beautiful women out of the ocean of Premier League WAGs. These are our choices starting from number 10 (which is still amazing among more than 100 stunning wives and girlfriends), going to the absolute number 1.

We are starting off with Ederson Moraes’ significant other. The Manchester City goalkeeper met his wife when he was playing for Benfica, in Portugal and they’ve been together for almost 10 years now. They got married back in 2014 and they have three children together.

When Paige Milian met Raheem Sterling, they were just 18. She was working at a sports apparel store in London and he was already a dad. She followed him to Liverpool, then Manchester, then back to London. They have two sons, Thiago and Thai.

Lisandro Martinez is already proving to be one of the best summer transfers in the Premier League. He has formed a great defensive duo with Raphael Varane, with Manchester United skipper, Harry Maguire, being sent to the bench. Along with Martinez, his long-time girlfriend, Muri Lopez Benitez, moved to Manchester. She is a social media star in Argentina and the Netherlands and hopes to now take England by storm as well.

We stay in Manchester but move to the blue side of the city once more. Jack Grealish has been dating his girlfriend, Sasha, since they were 15 or 16. In the past few years, tabloids reported that he had relationships with Emily Atack and Amber Gill, which both he and the two women have denied. Grealish and Attwood have had a rocky relationship, to say the least, but they are still together.

Georgina Rodriguez has almost 40 million followers on Instagram. This means that she is close to having a population of her homeland Spain’s worth of people following her. She is mostly known as Cristiano Ronaldo’s girlfriend. Together they have two daughters (their baby boy died during childbirth), while Ronaldo has three kids, of which he has full custody. So they are a big happy family of seven!

We somehow found ourselves in a crossover with the Top 10 Hottest Female Footballers list. Alisha Lehmann isn’t just Douglas Luiz’s girlfriend. She is a member of the Aston Villa Women team. A Swiss international since the age of 18, Lehmann has played in England for the past five years. She is bisexual and in the past dated her national team teammate Ramona Bachmann.

Martin Odegaard met Oda Burud at the age of 17, just before getting transferred from Stromsgodset to Real Madrid. The two started a long-distance relationaship, before Burud joining him in the Netherlands, a couple of years later, when he was on loan to Vitesse. Since 2021, the two live in London, after he moved to Arsenal.

It was late 2019 and Aaron Wan-Bissaka had recently ended his relationship with Rhianna Bentley. It was then that he met model and cook April Francis. The two started dating and a year later they welcomed their first child. They live in Manchester and are expected to get married in 2023.

Ines Tomaz and Bernardo Silva met just before the COVID outbreak in 2020. The spent the whole lockdown in a house in Portugal and soon there after the model followed Bernardo to Manchester.

Izabel Kovacic is so much more than just a pretty face. Along with her sister, she co-founded and runs Lunilou, an online brand selling eco-friendly baby products. She is also the face of the Dercos Densi-Solutions brand. The Zagreb University of Economics graduate is married to Chelsea player Mateo Kovacic and together they have a baby boy. A baby boy who (apart from having Kovacic as his dad) has Ballon D’ Or winner Luka Modric as his godfather.