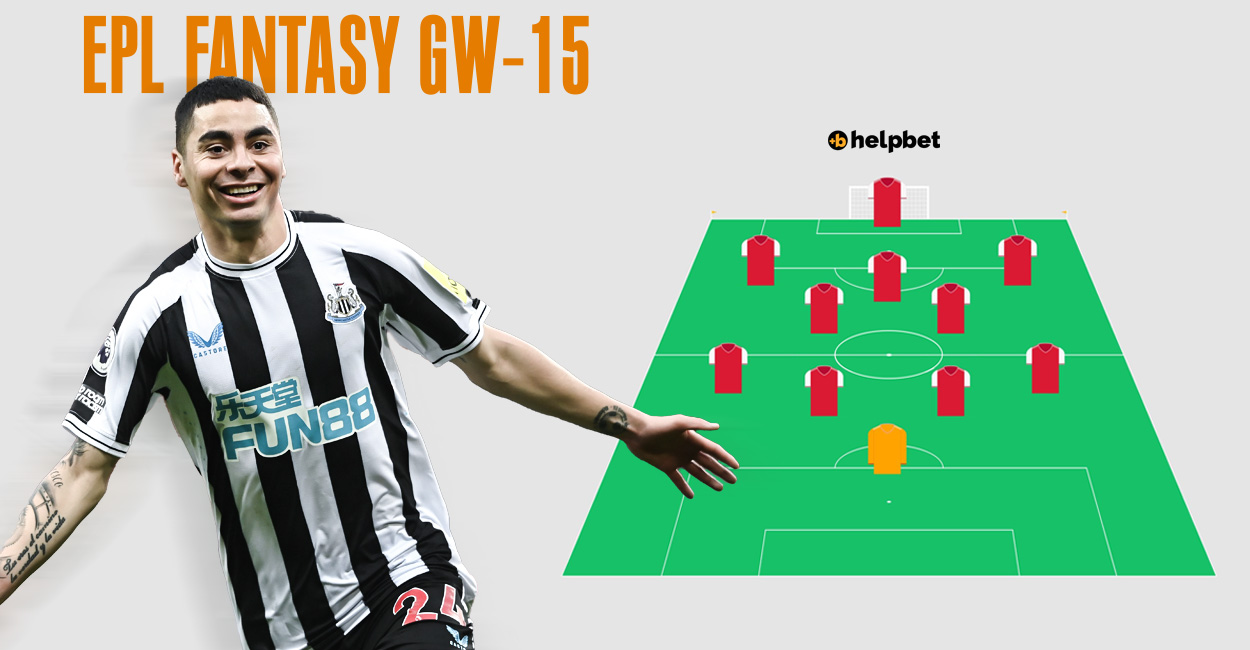 It is the second to last gameweek before the Premier League goes on holiday for the World Cup in Qatar. Second to last gameweek before the free transfer period opens for EPL Fantasy managers. It is a weird weekend the one that is upon us. Certainly a tricky one, as in the EPL Fantasy Gameweek 15, four out of the Big-6 clubs face each other and no single team has a match that looks like a given. That being said, let’s dive into our selections for your transfers this week.

Take a look at the Premier League stats. Forest have conceded the most goals in the League (along with Bournemouth). And still, their goalkeeper, Dean Henderson, is the second-highest scorer in his position, one point behind Nick Pope. Why? Because he makes saves. Loads of saves. Interestingly, the only man in the league who has made more saves than him is David Raya, the goalkeeper who will be on the opposite side of the pitch. So why do we pick Henderson? Because Ivan Toney is out. It is as simple as that. The Brentford star man is suspended and that means that Henderson has the chance for his fourth clean sheet of the season in this EPL Fantasy Gameweek 15.

Until further notice, whoever plays against Wolves will have their goalkeeper feature in this list. Brighton ended a pretty bad run with an emphatic win over Chelsea and Robert Sanchez will want to add to his tally of 4 clean sheets so far. The Wolverhampton club have only scored six goals this season. When they score more than one in a game, it will be front-page news.

It’s getting boring, we know. But other than Haaland, Trippier is the only player everyone should have in their team. He is already owned by more than 60% of managers, he recorded yet another assist, a clean sheet and 2 bonus points for a total of 11, his high-score this season. He is a must-have.

Erik ten Hag has turned Manchester United’s defence around. Lisandro Martinez is by far the most important individual, but for fantasy purposes, the one who gets the points is Diogo Dalot. United have conceded just one goal in the last four (a penalty for what it is worth), and Dalot has played every single minute since returning from a minor injury.

If you are looking for a differentiator, Pervis Estupiñan is your guy. The Ecuadorian was key in Brighton’s big win over Chelsea, so he will likely retain his spot in the Starting XI. He recorded an assist last week and even if he doesn’t, his team plays against an offensively week Wolves squad.

Six goals in the last six matches. Three straight double-digit performances. Last time around he also added an assist. The second-highest scoring midfielder in the database, Miguel Almiron has once again a relatively easy opponent in the EPL Fantasy Gameweek 15. That opponent is Southampton, a team that longs for the World Cup break to finally regroup.

Leicester are woeful this season. With the exception of James Maddison. The England international has scored 6 goals (plus 2 assists) in 12 games and he is the only reason the Foxes are just one point behind Southampton and the 17th position and the avoidance of relegation. And with just two matches remaining for the World Cup break, Maddison wants to be his best version to win a ticket to Qatar.

In descent form, on penalty duty, and against a rather weak Southampton team. Callum Wilson is an ideal alternative for those who want to replace suspended Ivan Toney.

Haaland is doubtful. But if he plays, he has to be on your team. With 17 goals in 11 starts, get him, captain him, and marry him if you must.