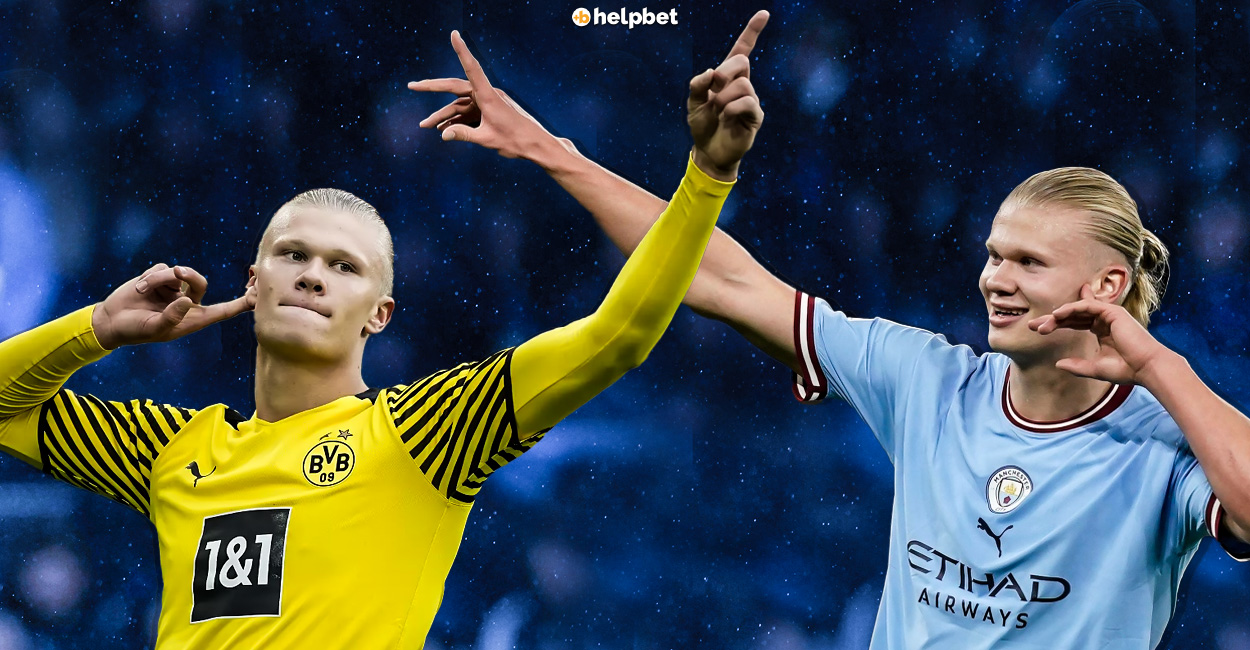 Marco Reus has often stated that he doesn’t understand why someone would ever leave Dortmund. Today he and his team will welcome back an old friend. The one who chose to leave, Erling Haaland. The Dortmund vs Manchester City match is by far the most anticipated from the daily Champions League schedule. And my betting tips couldn’t steer clear of it. So let’s get moving.

One last bookkeeping note before getting to the Dortmund vs Manchester City betting tips and our picks from Celtic vs Shakhtar and RB Leipzig vs Real Madrid matches. You can win a Free Bet for the Champions League mega match between Barcelona and Bayern. Find out how. 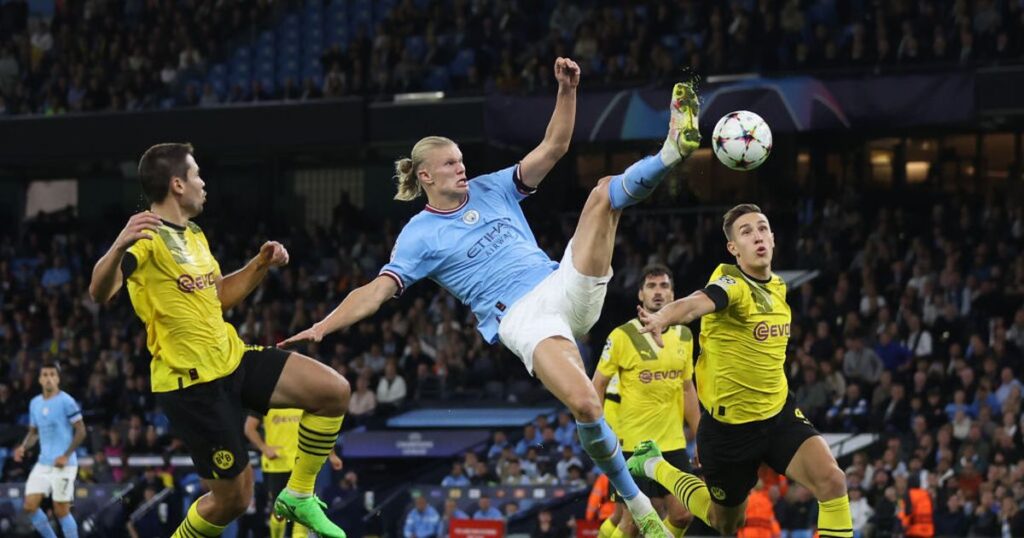 So, where were we? Oh, yes. Dortmund skipper Marco Reus, a Dortmund native, returned to his childhood club in 2012, after making his name with Gladbach. Many big clubs tried to lure him out of the “Westfalenstadion”, but nothing could make him leave. Playing in front of 82,000 faithful was all he had always dreamt of. It’s never breaking news that Dortmund have a sell-out crowd. It’s news when they don’t. You have to respect that he chose that path. But you also have to respect Haaland’s.

Their story isn’t all that different. He chose to play for a club that was in his heart, ever since his dad played for them. Alfie Haaland played for a different City. For a City that bounced between divisions and struggled to survive while their neighbours, Manchester United, were setting records and winning the Champions League. Would Erling go to City if this was still the case? Where they weren’t the favourites to lift the Champions League trophy for the first time in their history, he wouldn’t play in blue today. No. No, he wouldn’t. But the family legacy adds something to his amazing story.

Because the 22-year-old is setting the Premier League on fire. He scores when he wants (and he wants to score plenty). And today he returns to face his former club. He will try to heartbreak all those lunatics we were talking about. The fans that sang his name week after week. He wants one more goal in Dortmund. But this time he will enter the pitch as an opponent. As a visitor.

His teammates know that Haaland wants that goal. They will try to help him get there. And if there is someone who knows how to make strikers, perfectly amazing on their own, look superhuman, that is Kevin De Bruyne. KDB has created a formidable partnership with the Norwegian forward. This is what I’m going to bet on. The Belgian handing out yet another assist. To Haaland or not. 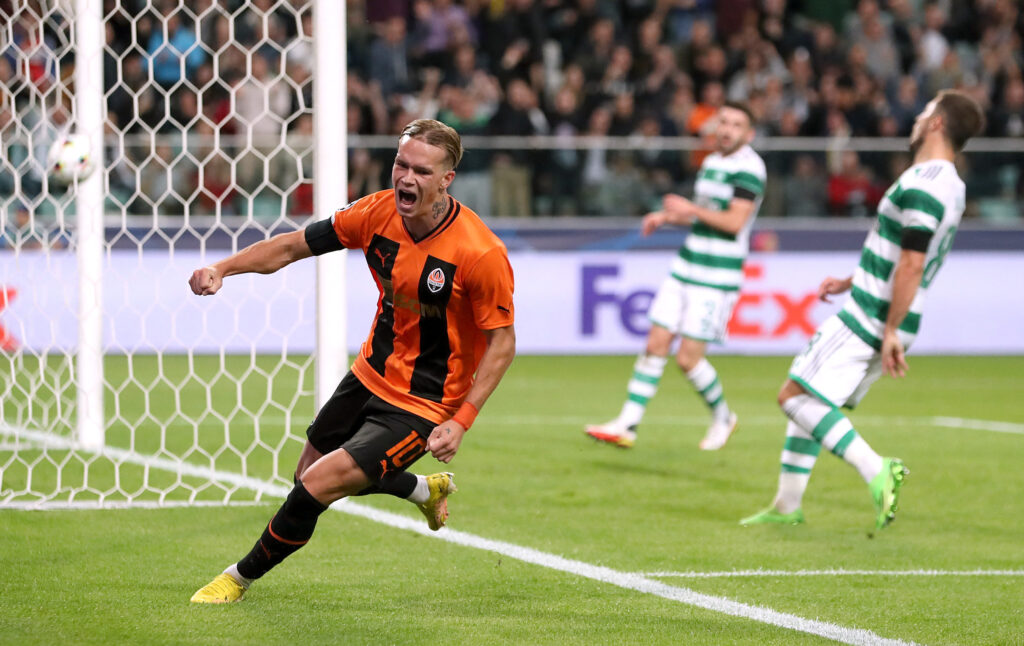 The disrespect shown to Shakhtar Donetsk by the odds is stunning. As the Champions League Group Stage is closing to its finale, the Ukrainian champions, exiled from their home town since 2014 and from the country as a whole since February, only have one loss. One loss suffered to Real Madrid deep in injury time. Meanwhile, Celtic only have one point. How on earth are they the favourites? How on earth are Shakhtar valued at 4.40? Celtic will have to open up and attack and they can pay for that. The Ukrainians are one of the best counter-attack groups in European football. Don’t sleep on them. When Dietmar Mateschitz founded RB Leipzig, to add to his collection of sports clubs, 13 years ago, he said that he didn’t want to wait until his 80th birthday to see the club win its first Champions League title. He died two days ago, aged 78. He managed to see his Leipzig team reach the Champions League semi-finals in 2020 and win its first major trophy, the DFB Pokal (the German Cup for the uninitiated), last May.

The Leipzig players will likely wear black armbands when they host Real Madrid tonight at the Red Bull Arena. Mateschitz dreamt of the Champions League. Madrid fans don’t dream of it. They live it, seemingly every other year.

Madrid travelled to Germany with plenty of absentees. Luka Modric, Federico Valverde, and Karim Benzema stayed back home, while Vinicius is likely to be rested. This means I can’t really pick a winner here. But that doesn’t mean there isn’t value in this game. Leipzig’s defence is a… travelling show. Nothing works in the backfield and everything going on for the team lately is because of a sound midfield and offence. Both teams can score and a score of 2-2 is not unlikely. An Asian Handicap bet on goals is something I can’t oversee.