Milan vs Chelsea Betting Tips: A day to experiment 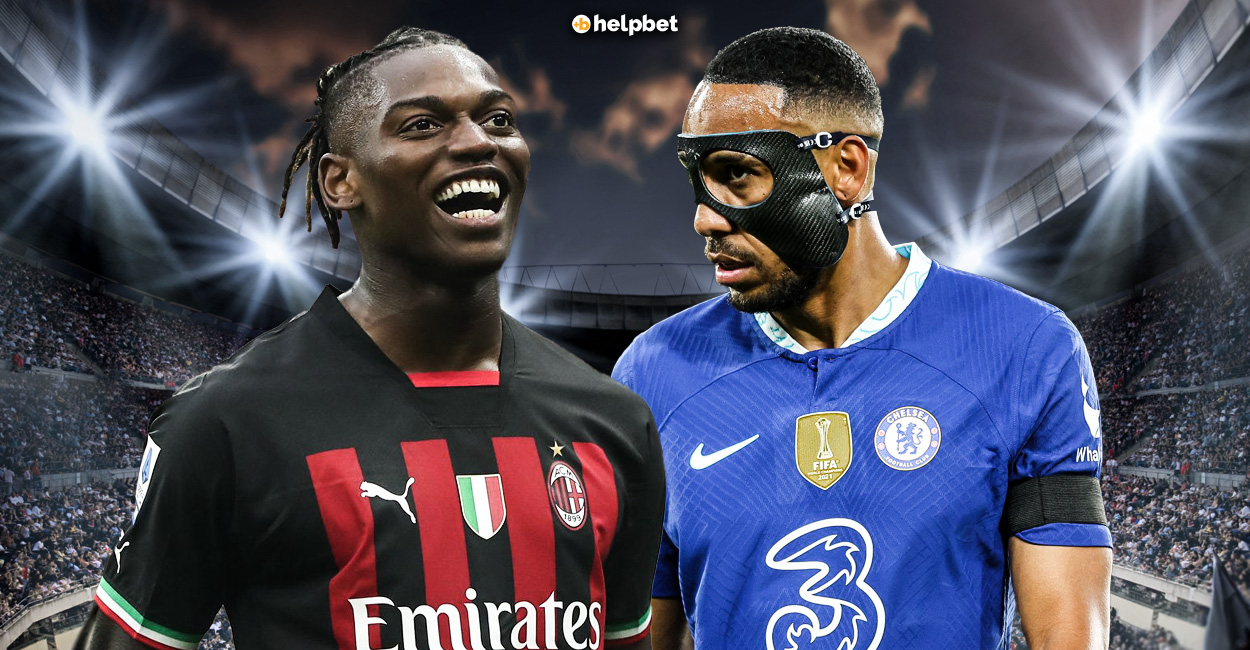 Tonight’s Champions League schedule is both ideal and utterly flawed. Yes, this is probably the most schizophrenic sentence I have ever written, but when provided with the context you will see that it makes sense. What I mean is that tonight’s games are great for anyone who wants to sit in front of their TV (or even better go to the stadium). There are more than a few exciting pairs there. But for betting purposes… Well, we’ve seen better. This doesn’t mean I won’t give my Milan vs Chelsea betting tips. In fact, I will make picks from three matches.

So, as I was saying, today’s matches are not fit for heavy betting. The point always is to look for value in sports wagering. And tonight there is no value in regular betting markets. This is why I will approach the day conservatively. A bet on goalscorers, just to make watching the games just a bit spicier.

Before we move to each of the three games I’ve picked for you, I want to explain how I will personally bet on those three goalscorers. A straight accumulator is a no-go when dealing with so high odds. There are two ways you can approach this. You can either place three separate bets (which I strongly recommend) or create a trixie.

A trixie is a type of bet where you enter three choices and bet on the doubles and the triple. If at least two of them are confirmed, you win. If all three are confirmed, then you win even bigger.

We start from tonight’s biggest match, both in regard to the prestige the two clubs bring to the field and when it comes to the actual importance of the match. This Milan vs Chelsea match is crucial for the future of both clubs in the Champions League. Six nights after they met in London (Chelsea comfortably won 3-0), they are level on 4 points, behind RB Salzburg (who have 5) and one point ahead of Dinamo Zagreb.

This, theoretically, gives Chelsea the higher ground, as they are the ones to win a tiebreaker (for now at least). This gives the Blues the luxury of going to Northern Italy for two results. Is this true, or is it a mirage? We will see.

Chelsea has started to roll after Graham Potter was appointed as manager. He has led the team to three straight wins in the Premier League and the Champions League, as the Londoners have started to play good football, something that was missing in the beginning of the season.

They are hosted by a Milan squad that undoubtedly have quality, but lack options. And when you lack options but have seven players injured, then things are not great. Maignan, Calabria, Florenzi, Kjaer, Saelemaekers, De Ketelaere, and Zlatan Ibrahimovic won’t be able to help Milan today. This is not an injury report. This is almost a better starting XI than Milan’s actual one.

Still, with so many problems, Milan managed to triumph against Juventus this past Saturday. This was a moral boost and showed that Milan can play amazingly well, even when missing some of their most key players.

So what is the pick? What do I bet on? I just cannot pick a winner. Choosing an anytime goalscorer is more appealing. And I am going with ex-Chelsea man Olivier Giroud. Scoring against his former team is valued at 3.20, which is too much for a striker of his calibre. He is one of those forwards who do so much more than just score goals, but he has a killer instinct when Milan most need him to.

Dortmund are hosting Sevilla and they are clear favourites. But you just can’t bet on an unstable Borussia on so low odds. Especially when the opponents are Sevilla, a team that is by far the biggest disappointment in Spanish football this season. To be fair, things look like they begin to change after Jorge Sampaoli returned to replace Julen Lopetegui. But turning the tide will take a lot of work. I believe the new Sevilla will be presented after the World Cup break.

Once again, I will bet on a goalscorer. I thought of Moukoko, I thought of Malen, but Jude Bellingham’s odds are just provocative. He has found the net in each of the three first Champions League games this season, and he is offered at 6.00. It is an automatic bet.

Six nights ago, Odisseas Vlachodimos stopped the PSG stars and won his Benfica team a point. Will he manage to do the same for the second week in a row? It is doubtful. Both Neymar and Mbappe (Messi won’t play) want to score against him and both can do it with relative ease. Pick the one with the higher odds.