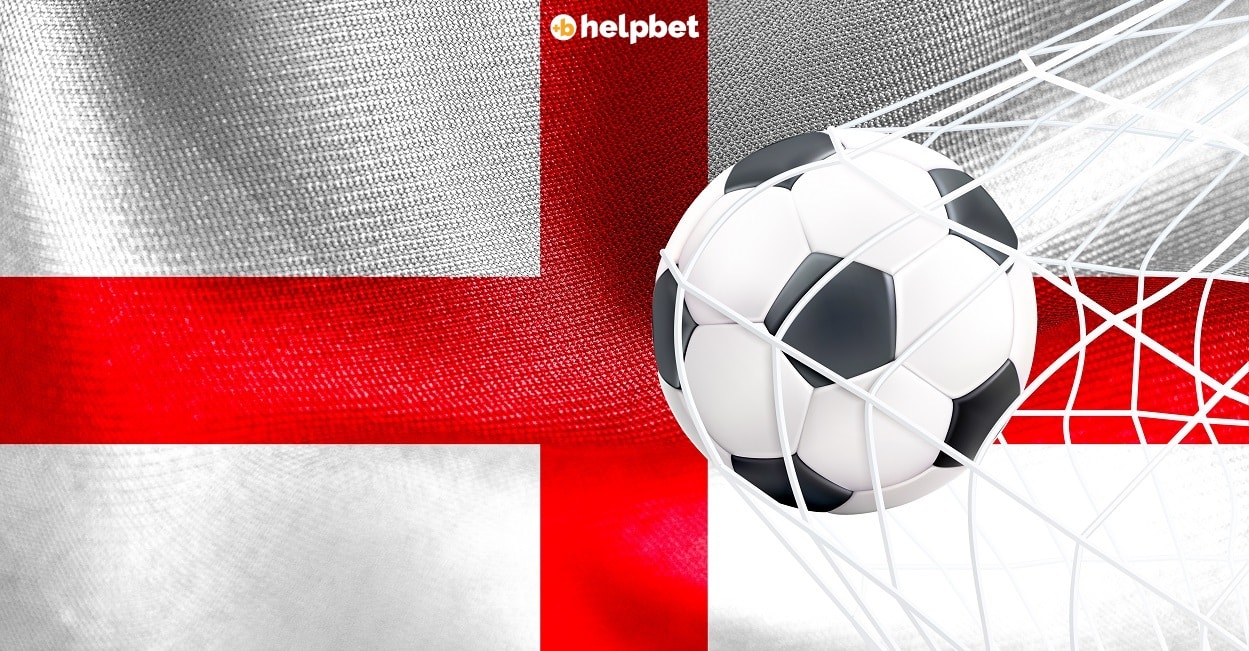 We all know the drill. Every time a major international tournament is around the corner, English tabloids are looking for omens and fans are ready to chant “it’s coming home”. There’s nothing more fundamentally English than dreaming of a World Cup victory. And there’s nothing more satisfying for foreigners than watching that snobbish British smirk leave the English faces after the team is kicked out (usually during a penalty shootout).

For the first time, there is a reason why English fans should be optimistic. The team reached the semi-finals of the 2018 World Cup (losing in extra time) and the final of Euro 2020, losing in the most English way possible. By missing the last penalty.

One would think that English fans would be pretty confident that the team can bring the cup home for the first time since 1966. I mean, 90% of Americans believe they will win the World Cup and their team is not nearly as good (we are not using any strong words for we don’t want to alienate our optimistic American friends).

One in two believe 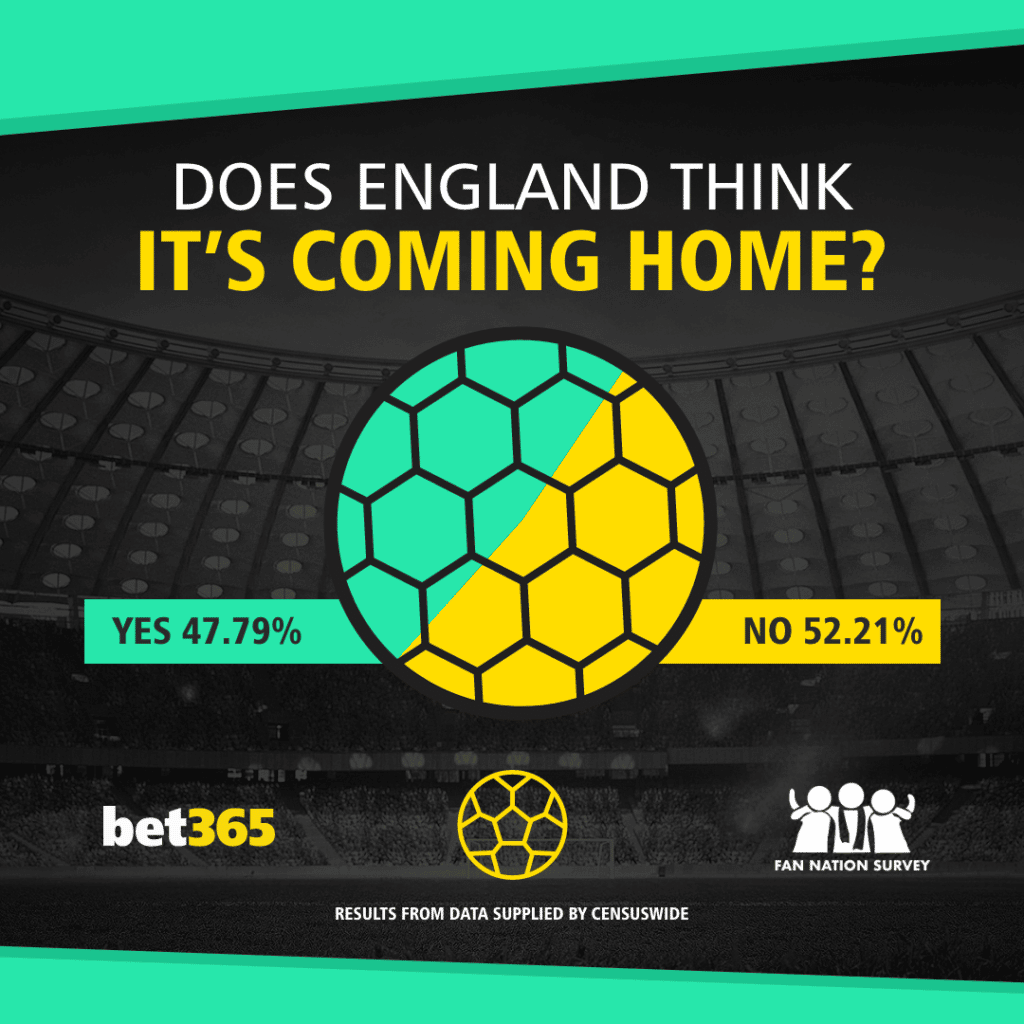 As for reaching the final, about two in three English fans are confident that the Three Lions will make it to the big game at the end of the tournament. Which means one thing. Look to your left. Now look to your right. Two of you three are wrong! No, we’re only kidding here. After all, England is one of the top favourites, based on the odds by bet365.

Let’s see how England fans evaluate their team’s chances in this World Cup:

What would England fans chance, if they could, ahead of the World Cup in Qatar? 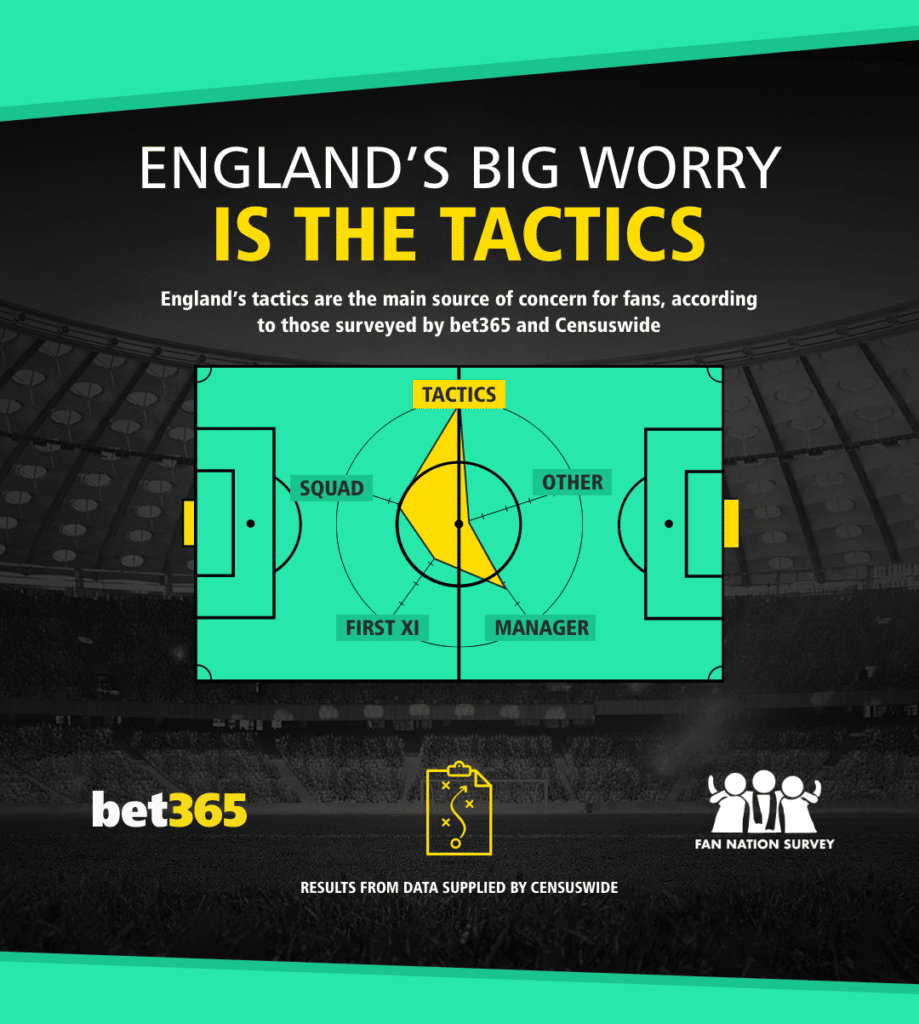 Every fan has a coach deep inside them and you are never happy with what the actual manager is doing, so these low scores are pretty good news ahead of the World Cup.