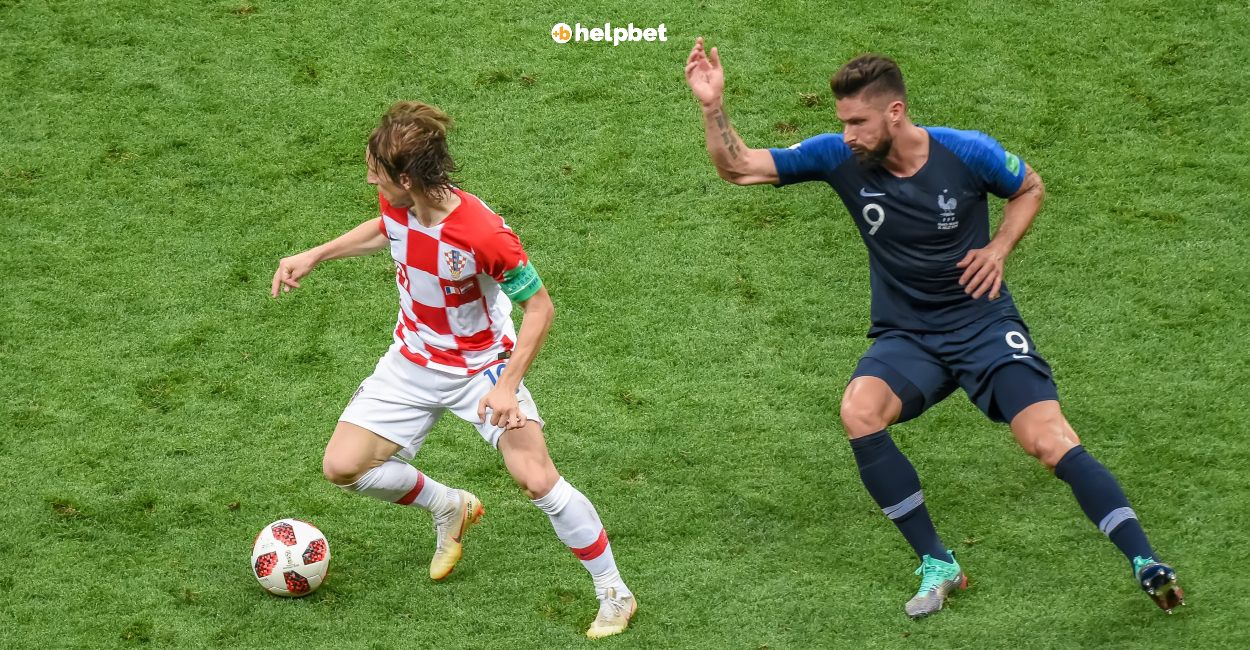 On December 18, 2022, the Lusail Iconic Stadium will host the 22nd World Cup Final. The history of the World Cup Finals is a long and proud one, spanning almost a century. A total of 8 nations have lifted the trophy, while a total of 13 have reached the final at least once.

Here is a brief story of the World Cup finals, from 1930 until the last one, the one of 2018. See the scores, the scorers, and everything you need to know about the history of the biggest stage of international football.

Will the World Cup Finals veterans, the teams that have already featured at least once, take over another final, or will someone new manage to stay in Qatar till the end? And what about the teams from the other confederations? Only teams from UEFA and CONMEBOL have been there. Is there someone who can be the absolute dark horse when the World Cup stadiums open their gates for the 32 teams?

Here is a brief overview of all World Cup Finals in history. 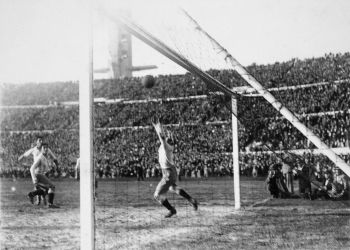 Date: 30 July 1930
Venue: Estadio Centenario
City: Montevideo, Uruguay
Attendance: 68,346 (officially, estimated to be around 93,000)
Referee: John Langenus (Belgium)
Fun Fact: Prior to the World Cup, the football Olympic tournament was the biggest accomplishment for any national team. Uruguay defended their Olympic title from 1924 and 1928. 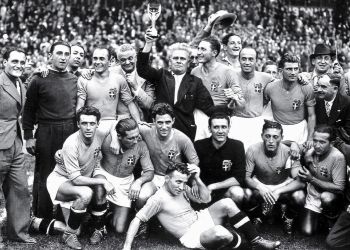 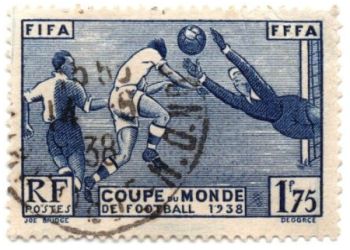 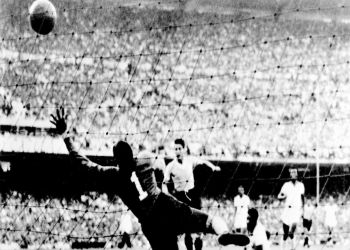 Date: 16 July 1950
Venue: Maracana
City: Rio de Janeiro
Attendance: 173,850
Referee: George Reader (England)
Fun Fact: The Maracanazo (or the Blow of Maracana) was the de facto final of the 1950 Wolrd Cup, as the final stage of the tournament was played in a round-robin format. The Maracanazo is the most highly-attended match ever, as it was officially spectated by 173,850 people, and possibly by over 200,000. 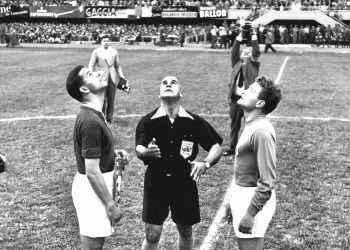 Date: 4 July 1954
Venue: Wankdorf Stadium
City: Bern, Switzerland
Attendance: 62,500
Referee: William Ling (England)
Fun Fact: The match is widely known as the Miracle of Bern, as the Golden Team of Hungary was unbeaten for 31 matches, including an 8-3 triumph over West Germany in the first round of the tournament. 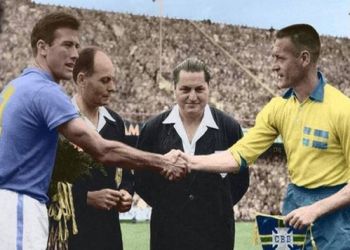 Date: 29 June 1958
Venue: Rasunda Stadium
City: Solna (Stockholm), Sweden
Attendance: 49,737
Referee: Maurice Guigue (France)
Fun Fact: The story of how Brazil came to adopt blue as the team’s alternative kit is an interesting one. It all started with a draw to decide which team would wear its regular strip in the 1958 final, as both Brazil and Sweden were wearing yellow. Brazil boycotted the draw, thus making Sweden the winner, and forcing Brazil to find another color to wear. They went on to buy 22 blue T-shirts and sewed the Brazilian emblem onto them. To date it is the only time a South American team won the cup in Europe. 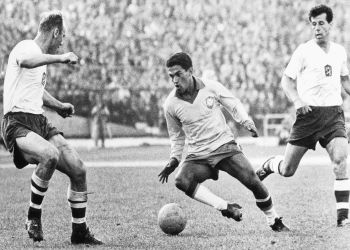 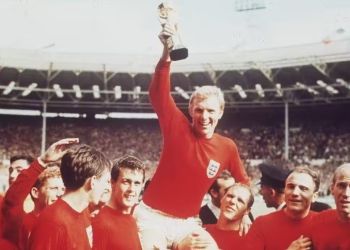 Date: 30 July 1966
Venue: Wembley Stadium
City: London, England
Attendance: 96,924
Referee: Gottfried Dienst (Switzerland)
Fun Fact: Geoff Hurst is to date the only player to ever score a hat-trick in a World Cup final. His second goal (and England’s third) remains controversial until today, as it has never been proven if the whole ball passed the goal line. 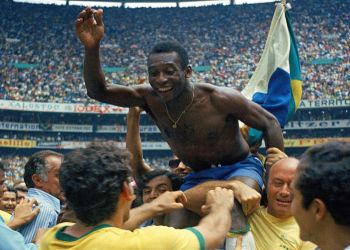 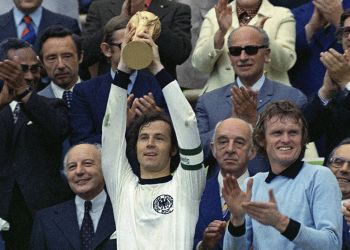 Date: 7 July 1974
Venue: Olympiastadion
City: Munich, West Germany
Attendance: 75,200
Referee: Jack Taylor (England)
Fun Fact: Fourteen passes. That is all it took for the Dutch to get into the penalty box, without the Germans ever touching the ball, before Johan Cruyff was brought down by Uli Hoeness. Berti Vogts is the only German player who appeared in the final that feels the second penalty of the match, the one awarded to his team, was unjustified. 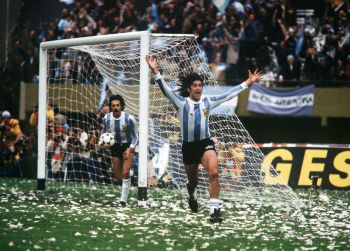 Date: 25 June 1978
Venue: Monumental
City: Buenos Aires, Argentina
Attendance: 71,483
Referee: Sergio Gonella (Italy)
Fun Fact: There is no World Cup tournament in history as controversial as this one. Dutch superstar Johan Cruyff declined the invitation to play for his national team in Argentina, in order not to endorse Jorge Videla’s military dictatorship. There are many stories about this World Cup that do not apply to a “fun fact” section. 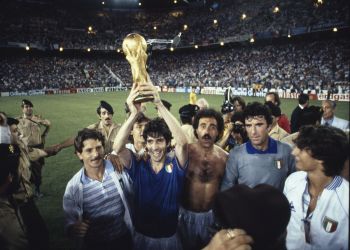 Date: 11 July 1982
Venue: Santiago Bernabeu
City: Madrid, Spain
Attendance: 90,000
Referee: Arnaldo Cezar Coelho
Fun Fact: This was the first tournament where a Golden Boot and a Golden Ball were awarded. After the 1982 World Cup final was won by Italy, Paolo Rossi was presented with both awards. He is, to date, the only player to have won both awards in a single tournament. 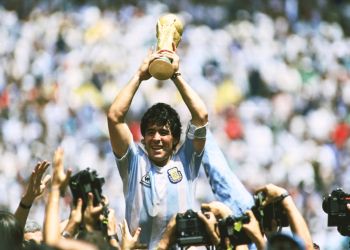 Date: 29 June 1986
Venue: Estadio Azteca
City: Mexico City, Mexico
Attendance: 114,600
Referee: Romualdo Arppi Finho (Brazil)
Fun Fact: This is possibly the most famous World Cup Final, just because it allowed Diego Maradona to catch his White Whale. This game defined his legacy. He might be remembered more for the quarter-final against England, he might remained scoreless in the biggest match of Mexico ‘86, but it was his amazing pass to Burruchaga that led to a goal that changed football forever. 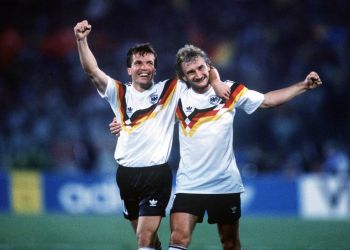 Date: 8 July 1990
Venue: Stadio Olimpico
City: Rome, Italy
Attendance: 73.603
Referee: Edgardo Codesal (Mexico)
Fun Fact: Diego Maradona blamed the referee for that loss. But to be fair, the Germans had 16 scoring chances, while Argentina produced only one shot on target. German coach Franz Beckenbauer became the first man to win the cup both as a player and a manager. He is to date the only person to win gold and silver World Cup medals as a player (1966, 1974) and as a coach (1986, 1990). 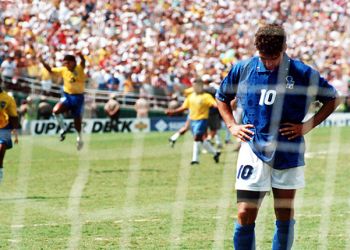 Date: 17 July 1994
Venue: Rose Bowl
City: Pasadena (California), USA
Attendance: 94,194
Referee: Sandor Puhl (Hungary)
Fun Fact: There is no penalty miss more haunting than Roberto Baggio’s. He got the reputation of a loser and a choker. Never mind the fact he was hurt, Baggio was the sole reason Italy reached the 1994 World Cup Final in the first place. 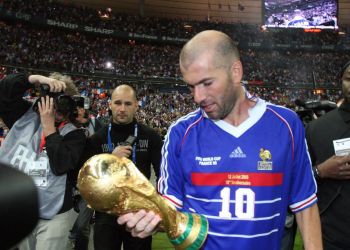 Date: 12 July 1998
Venue: Stade de France
City: Saint-Denis (Paris), France
Attendance: 75,000
Referee: Said Belqola (Morocco)
Fun Fact: It was called by the BBC the “great World Cup final mystery”. Ronaldo was not included in the initial starting lineup, just over an hour before kick-off. Thirty minutes later, Mario Zagallo submitted a new teamsheet, with Ronaldo’s name on it. A few years later it was revealed that the Brazilian star had suffered a convulsive fit a few hours before the match, lost consciousness and spent three to four hours in the hospital. It is believed that it was pressure from the Brazilian Football Federation that made Zagallo play the obviously dizzy Ronaldo. 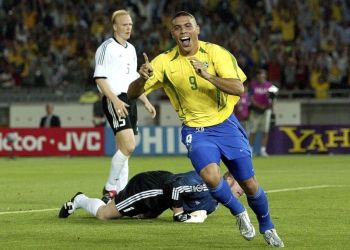 Date: 30 June 2002
Venue: International Stadium
City: Yokohama, Japan
Attendance: 69,029
Referee: Pierluigi Collina (Italy)
Fun Fact: The ball designed for the 2002 World Cup was the Adidas Fevernova, easily the most heavily-criticised ball ever manufactured. It had an unpredictable flight path and goalkeepers hated it. Gianluigi Buffon described it as “a ridiculous children’s bouncing ball”. 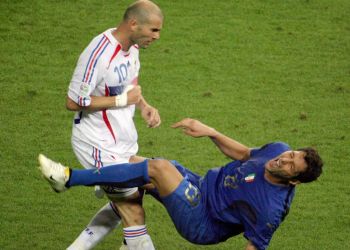 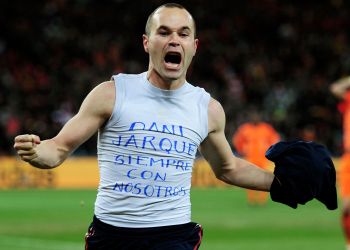 Date: 11 July 2010
Venue: Soccer City
City: Johannesburg, South Africa
Attendance: 84,490
Referee: Howard Webb (England)
Fun Fact: Andres Iniesta’s late overtime goal turned him into a national hero. He received a standing ovation wherever he went to play with Barcelona the next season, including the Santiago Bernabeu, making him one of the few Blaugrana players to have experienced that, alongside Diego Maradona and Ronaldinho. 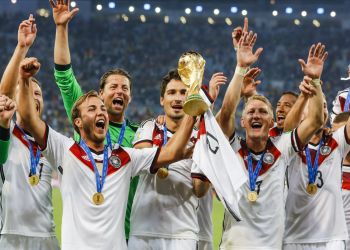 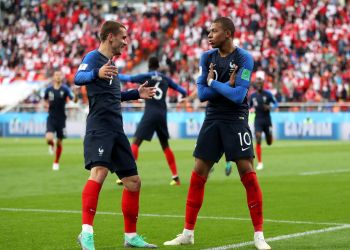 Date: 15 July 2018
Venue: Luzhniki
City: Moscow, Russia
Attendance: 78,011
Referee: Nestor Pitana (Argentina)
Fun Fact: Mario Mandzukic became the first player to score an own goal in a World Cup final, before putting the ball in the correct goal as well. Meanwhile, Didier Deschamps became the third man to win the World Cup both as a player and a manager after Franz Beckenbauer and Mario Zagallo.