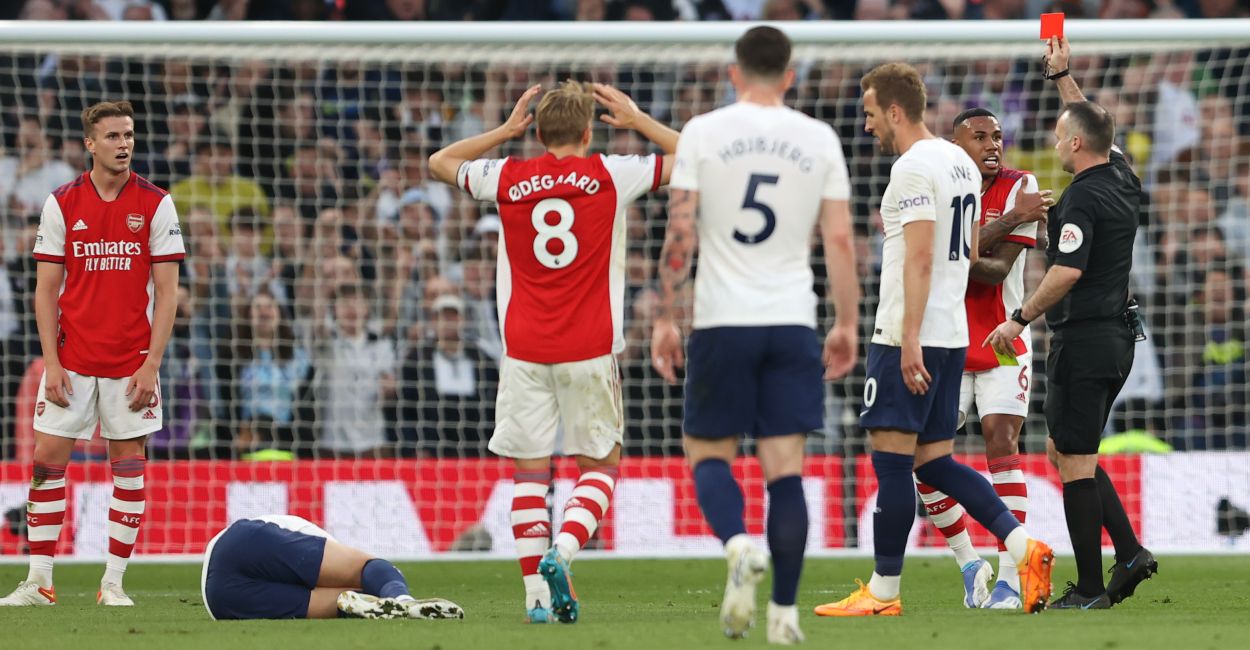 The international break and the national mourning period, following the death of Queen Elizabeth II, means that we are going to have a full English Premier League gameweek for the first time after a month. And what a gameweek this is. Two of the biggest derbies in England, Arsenal vs Tottenham and Manchester City vs Manchester United, headline the weekend’s schedule, starting a marathon for the English clubs, which will play non-stop for the next six weeks until club football gets suspended for the World Cup national teams to assemble.

Arsenal top the Premier League table with 18 points from 7 matches, followed by unbeaten City and Spurs (both have 18), while United are currently fifth with 12 points, just behind Brighton. But it’s not just the teams’ positions on the league board that make those two games special. It is a special kind of rivalry that has fans waiting and waiting for this weekend. Let’s dive into the North London Derby, just a tad more.

We all expected Arsenal to be better this season, especially after bringing in the talents of Gabriel Jesus and Oleksandr Zinchenko. But very few expected the Gunners to be that good. Apart from that loss to United, Arsenal have been stunning on the offensive front, scoring in any way possible. Martin Odegaard and Gabriel Martinelli are the ideal partners for Jesus and Saka up front, while their defence is also solid. Saliba and Gabriel (yes, there are three Gabriels in the roster) are two of the biggest Premier League revelations so far.

As for Spurs, they were expected to be among the contenders. Their front line of Kane, Son, and Kulusevski is one of the best in Europe and they have now added some much-needed creation to the squad. They have one of the best coaches in the league, in Antonio Conte (we shall see how this story goes, as Juventus try to snatch him), and they are desperate to win some silverware this season.

There is no love lost between these two. The Arsenal vs Tottenham rivalry is prominent in North London since 1913, when Arsenal moved to the area from Woolwich. Their first meeting was well before that, in 1887, in Plumstead, Southeast London, where Tottenham were then located.

When Arsenal moved to Highbury, just four miles from Spurs’ White Hart Lane, Tottenham fans saw that as an invasion to their territory, which sparked a neighbour rivalry. This turned into real hatred in 1919. The First Division expanded by two teams. Tottenham looked like having the best case to be selected as one of the two expansion teams (the other was Chelsea), but Arsenal won, after an endorsement by League chairman John McKenna.

Arsenal are the favourites for the clash with their arch-rivals. The odds of the Gunners winning are at 2.00, while Tottenham’s odds are at 3.55. The draw is set at 3.75.

Most bookmakers favour both teams to score. The BTTS option can be found at 1.60. The “No” option is around 2.25.

As for player prop bets, Gabriel Jesus (4 goals from 7 starts so far) is valued at 2.00 as an anytime scorer. Harry Kane (6 goals from 7 appearances) is set at 2.40 to score during the derby. The England captain is actually the all-time top scorer in the North London Derby, with 13 goals. From Arsenal, Robert Pires had scored 8, as had Emmanuel Adebayor, who (late in his career) added two more as a Spurs players.