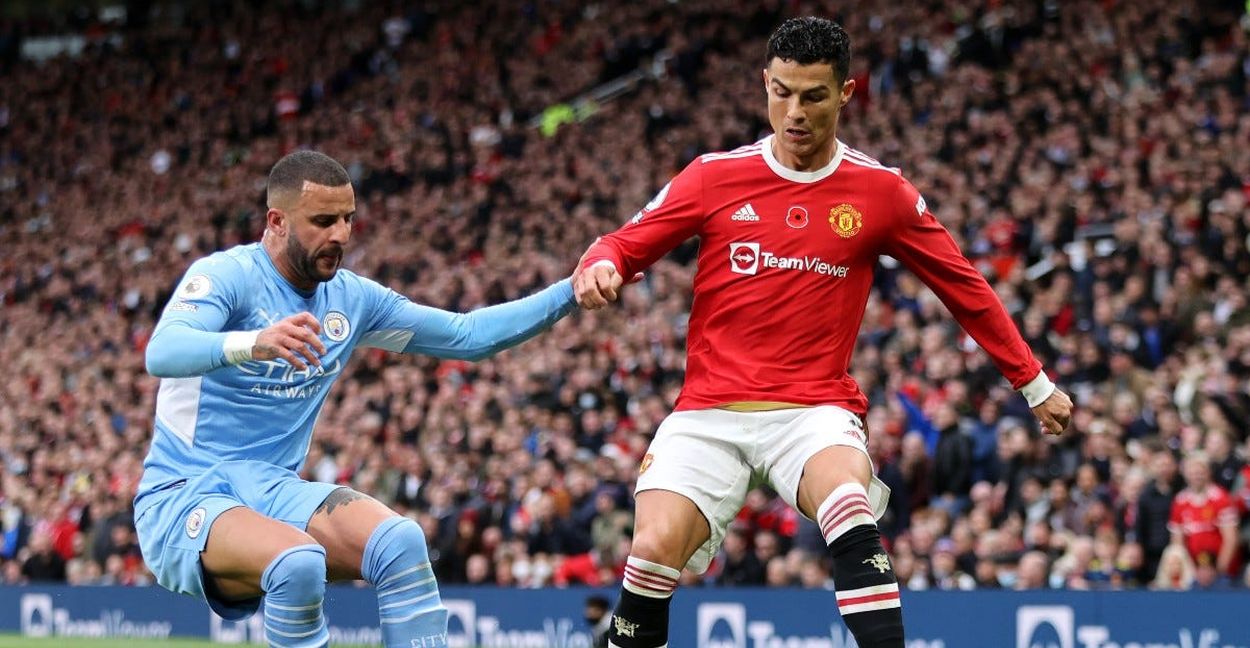 The one is the most celebrated team in the Premier League, with 20 league titles and 13 in the modern era of English football. The other is the most dominant team of the past decade, probably the best one in world football right now. And together they form one of the biggest football rivalries, the Manchester Derby, Manchester City vs Manchester United.

A day after the North London Derby, the Arsenal vs Tottenham match of Saturday, City are hosting their neighbours. City are currently undefeated, second on the Premier League table (a point behind Arsenal), while United have recovered from their poor start and are currently fifth.

The match between the two will jump-start a hectic period for both clubs, as there are no breaks until national teams assemble for the World Cup in mid-November. So let’s see what the Manchester Derby will look like this time around.

Manchester City play the most dominant football in the world for the past five years. They have failed, so far, in their big quest, of winning the Champions League, but they are the ultimate force in the Premier League. Nobody can argue that. What they have been missing, especially after the departure of Sergio Kun Aguero in 2021, was an accomplished striker. That man is now Erling Haaland. Not only is he the epitome of the football wonderkid, but he also adores the club since he was a kid, as his dad played for City.

He has formed a formidable duo with Kevin De Bruyne, arguably the best playmaker in world football. And then you have a squad full of stars. The likes of Foden, Mahrez, Bernardo Silva, Alvarez, and Grealish, are all so good, that Raheem Sterling and Gabriel Jesus had to move to London in order to find regular playing time.

At the same time, United come off yet another disappointing season. Fans were optimistic that new coach Erik ten Hag can turn things around. The start was pretty bad, but after Casemiro and Anthony joined the team, the Red Devils significantly improved.

One of the main focal points of this improvement is how good the pairing of Varane and Martinez is at the centre of defence, even if that means that captain Harry Maguire had to be benched.

Up until a few years ago, most United fans would tell you that the club’s true rivals are not “tiny” City, but Liverpool. Now that the “noisy neighbours” have woken, the Manchester Derby lives again.

First contested in 1881, this match has a long long history. Of course, back then, it wasn’t Manchester City vs Manchester United. It was St. Mark’s (which turned into City) vs Newton Heath (now United). Out of 187 games, United have won 95, City 57, and the remaining 53 have been drawn.

City are clear favourites ahead of the Sunday clash. Their odds of winning are at 1.40, while United are valued at 7.50 (5.35 are the odds of a draw).

When it comes to goalscorers, Erling Haaland is valued at 1.45 as an anytime scorer. The Norwegian has proved that the Bundesliga was no… farmers’ league, as he has 11 goals from 11 appearances in the Premier League so far. Cristiano Ronaldo is at 2.90 and is presented as the number one scoring threat for City’s defence.