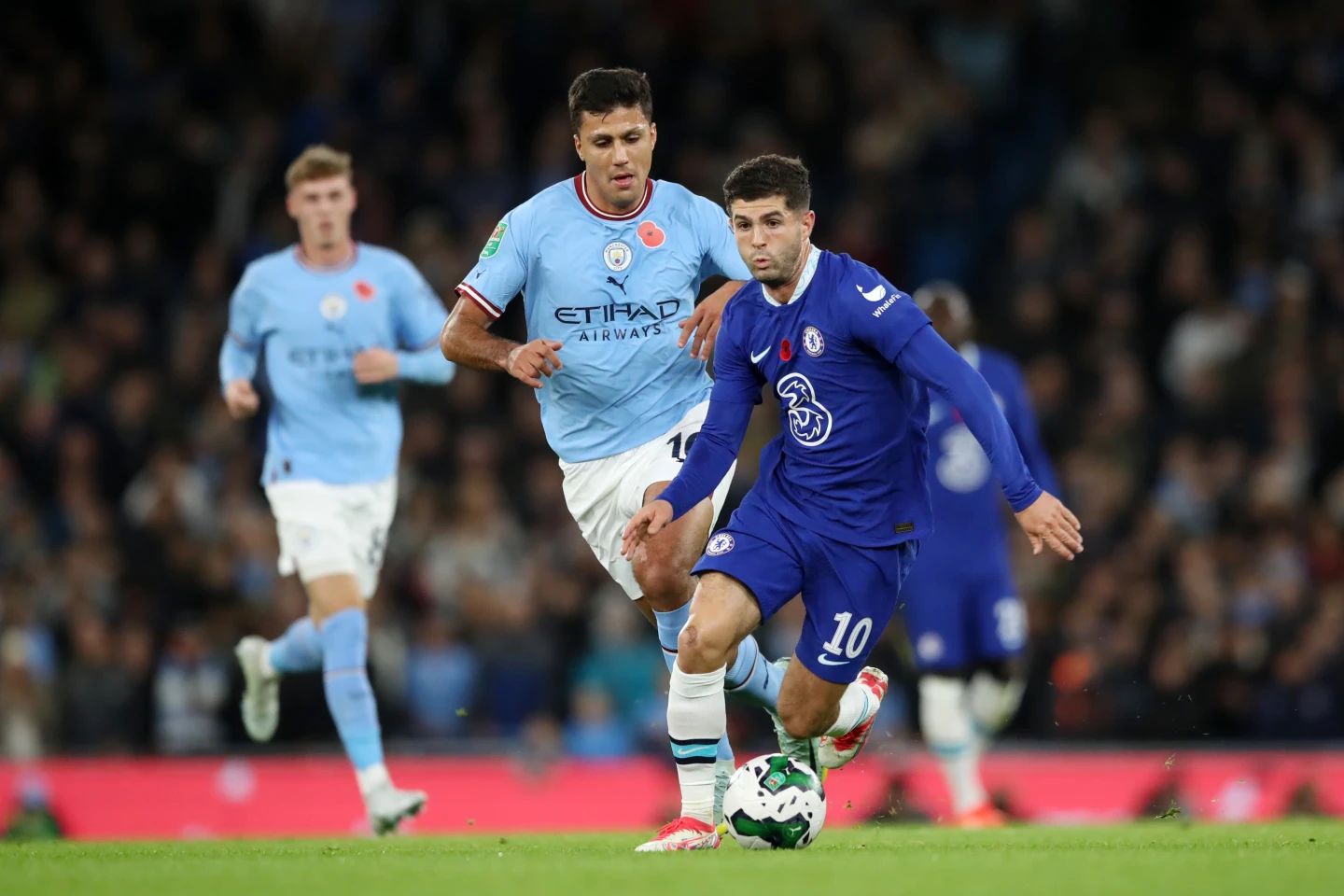 Both teams enter the game following 1-1 draws that made their fans sceptical once more this season. Chelsea vs Manchester City is the final match of Matchday 19, in a blockbuster duel where the loser jeopardises his 2023 aspirations. Nottingham Forest and Everton were insurmountable obstacles at the weekend, making their rivals’ transition to the new year tough.

Graham Potter’s dream start in his new role as Chelsea head coach followed by just one win out of the last seven games, as the team continues to lose ground at the top, especially from the Champions League spots. Potter is currently on the list of the next Premier League coach who could lose his job. Chelsea struggles to produce in the front third, with only five goals in these seven games, in a period when their opponents managed to find the net on six occasions. The injuries are a constant headache to the English coach, with Chilwell, James and Kante currently on the sidelines. Raheem Sterling is the only hope, but the former Manchester City attacker should improve his game to be a countable threat to the visitors’ defence.

Manchester City finds it hard to gain momentum this season. Erling Haaland is unbelievable, scoring 21 times already, but the team is not scary as it was. Gaining just 4 points out of the last nine made Arsenal a clear favourite to win the Premier League title. Citizens are second in the Premier League standings, seven points behind the Gunners and the frustration has already arrived. The team needs a serious winning run to hope again, meaning that they can not afford to drop more points.

They could use their attacking options to win and make a statement, transferring the stress to Mikel Arteta’s side. Cancelo and Foden will be two helpful additions to the starting 11, with Julian Alvarez being also able to take all the burden out of Haaland’s back.

Their last meeting was an EFL Cup game on November 9, when Manchester City beat Chelsea 2-0 with goals from Riyad Mahrez and Alvarez. Pep Guardiola’s players may win this also, but it will not be easy, in a clash where many goals are not the most possible scenario.