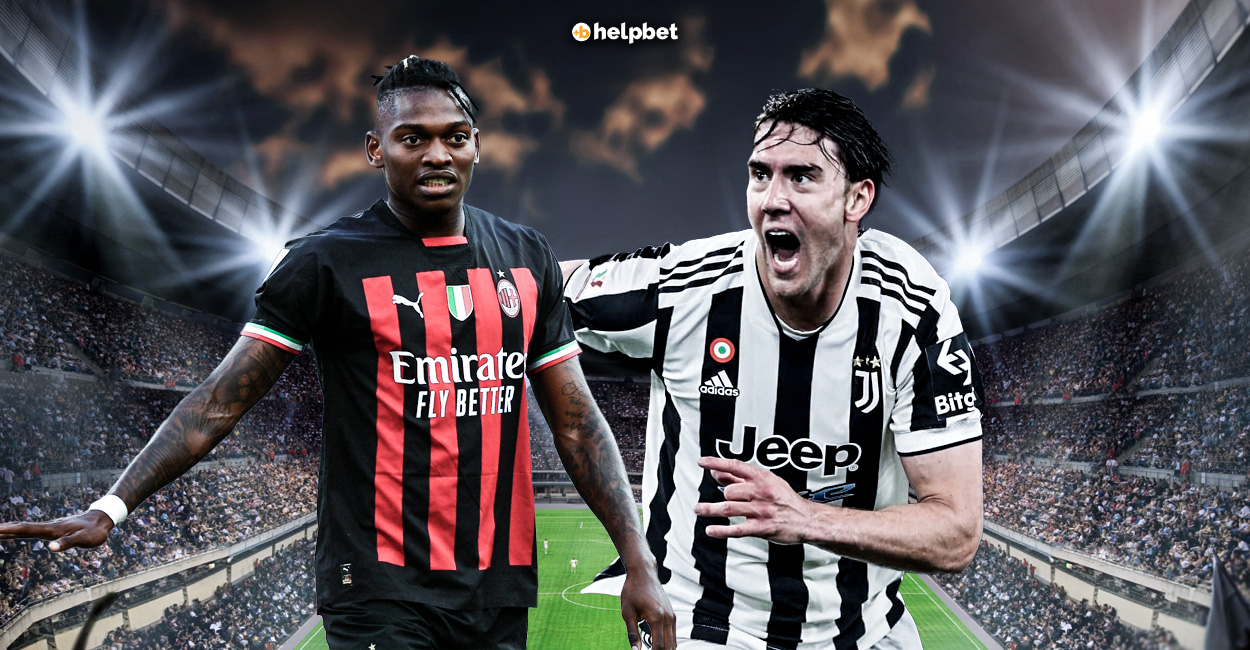 It is time for the Milan vs Juventus match. The oldest football clash in Italy still played today (as the first match between them was played back in 1901), this is a meeting between the most successful club in Serie A and the Italian team with the most Champions League titles. As a rivalry, it does not carry the gravitas of the games between those two teams and Inter, but in this case the enemy of my enemy does not make him necessarily my friend.

Juventus had been dominating Italian football for a decade, until the two Milan clubs made the Scudetto their own case. Inter won it in 2021 and Milan ended an 11-year drought last season. Milan are once again the favourites (alongside Napoli). Bookmakers set the odds at 3.50, while Juventus are fourth in the list (behind Inter) at 9.00.

After 8 games in the Serie A standings, Milan are 5th, 3 points behind Napoli and Atalanta, while Juventus are 7th, 7 points away from the top.

Milan coach Stefano Pioli cannot depend on long-time injured Zlatan Ibrahimovic, nor on goalkeeper Mike Maignan. But there is something about that Milan team. Tonali is probably the best defensive midfielder in Italy right now, Rafael Leao is magical and Olivier Giroud does so much more than just scoring goals.

As for Juventus, the international break came right on time. The team was not performing, but they returned from the Nations League break significantly improved, beating Bologna 3-0. And they did it emphatically, with both Vlahovic and Milik playing a great game up front.

Milan and Juventus have faced each other 295 times in their history. Milan has 96 wins and Juventus 109, with 109 matches ending in a draw.

Home team Milan are slight favourites ahead of the Saturday match. Their odds of winning are at 2.00, while Juventus are valued at 3.85 (3.40 are the odds of a draw).