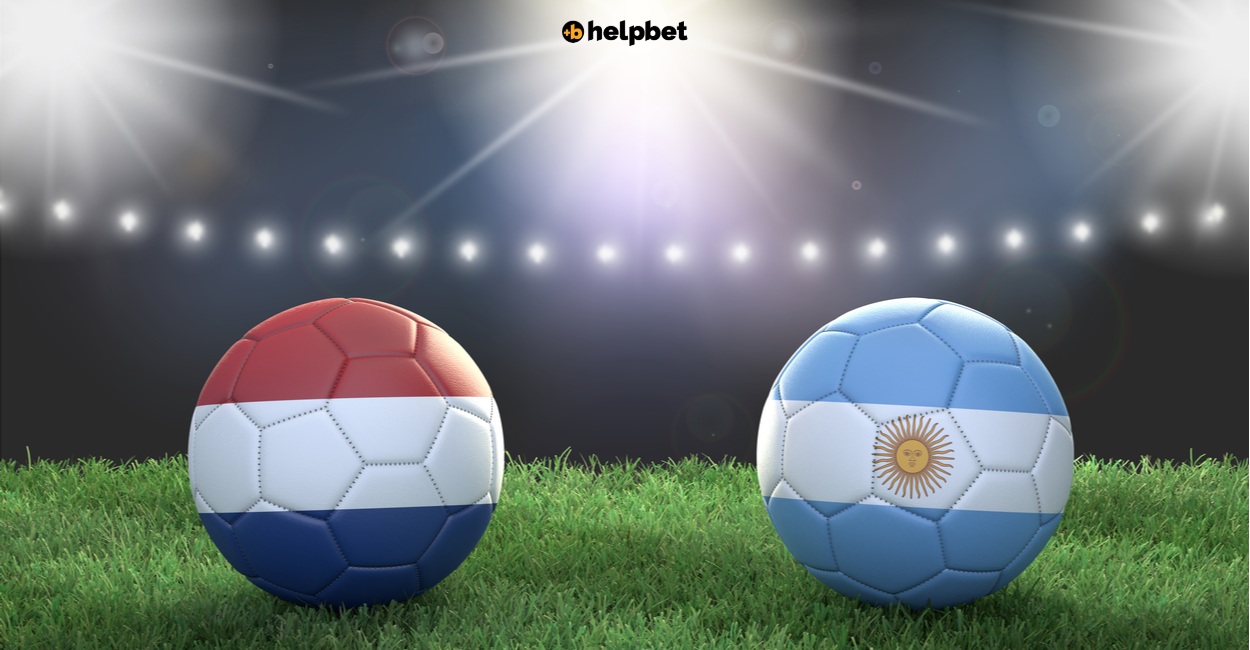 It’s been 8 years and 5 months since that Netherlands vs Argentina World Cup semi-final when Ron Vlaar and Wesley Sneijder missed their shots in the penalty shootout and Messi’s Albiceleste qualified for the World Cup final. A final they eventually lost to Germany. This time, the match of Netherlands vs Argentina is for the quarter-finals and the winner will face the team that will qualify from the Croatia vs Brazil game.

The Netherlands squad is young and fresh, but it underperformed in the Group Stage. There were some vital signs in the Round of 16 and it remains to be seen which version of the Dutch will walk on the Lusail Iconic Stadium pitch to face Argentina. Argentina is one of the most tactical-oriented teams in world football and what is impressive is the way Lionel Scaloni uses his superstar. It’s not the team playing for Lionel Messi, but rather it is Messi who plays for the rest of the team, making everyone better.

Remember you can play risk-free in this game, as a free bet is waiting for you.

If there was one sporting cliche describing the Dutch national team, that would be “close but no cigar”. Three World Cup finals appearances, three defeats. The number of football legends this country of fewer than 18 million people has produced is disproportional. And yet, the Netherlands are still looking for their first-ever World title. The only silverware the Dutch ever won on an international level was the 1988 Euro Cup, meaning they have the same trophy case as Denmark, the former Soviet Union, former Czechoslovakia, and Greece.

After the 2014 core retired, the Netherlands went through a rebuilding process. They failed to qualify for Euro 2016 and World Cup 2018, but the next generation was getting ready for this moment. And they showed in the qualification campaign. In a rather tricky group against Turkey, Norway, Montenegro, Latvia, and Gibraltar, the Netherlands claimed the top spot. They started with a defeat in Istanbul but followed that with 7 wins and 2 draws, behind Memphis Depay’s 12 goals and the valuable help of Davy Klaassen, Luuk de Jong, Virgil van Dijk, and Georginho Wijnaldum, who is unfortunately injured and missed the World Cup.

This was no fluke. In the latest Nations League campaign, the Dutch won their group (and remained undefeated) against Belgium, Poland, and Wales, and will host the final stage next summer in Amsterdam.

That being said, the Netherlands are not impressing anyone in this World Cup. But we will deal with that in a later section. 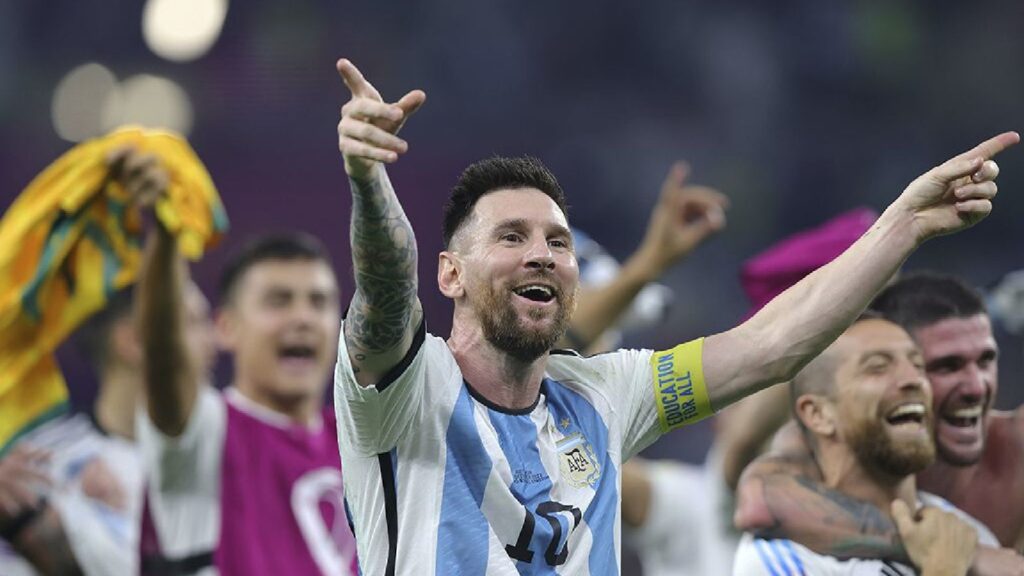 Every young child in Argentina grew up with tales of Diego Maradona winning the World Cup in Mexico City in 1986. The weight of history is heavy on his heir apparent’s shoulders. Lionel Messi is one of the greatest footballers ever to play the beautiful game, but he knows that he will never be as adored as Maradona in his homeland if he does not deliver the World Cup.

He came so close in 2014. Oh, he came so close… He was the best player in the 2014 World Cup (rivalled only by his teammate, Javier Mascherano). Mario Goetze’s goal in extra time of the final against Germany shattered his dreams. Then he went on to lose a third Copa America final. And he retired from international football.

This wouldn’t last for long. We all know his biggest desire: to win the World Cup for Argentina. The pressure was immense and if there is something that lifted some of it off of his shoulders was the Copa America victory, in Brazil, in 2021. He won something with Argentina. And now it is time for his White Whale.

The beauty of this Argentina team is that Messi is clearly the best player, but there is talent everywhere. From Rodrigo de Paul to Julian Alvarez and from Emiliano Martinez to a rejuvenated Nicolas Otamendi who, at age 34, plays the best football of his career.

Argentina came into the World Cup undefeated for more than 3 years. This streak ended, but this might have been a blessing in disguise. The Argentinians are on a mission and will not stop until they make it, or until they fall trying.

The Netherlands were lucky enough to be drawn into the easiest group possible in the World Cup Group Stage. With the exception of an amazing Cody Gakpo up front and rookie goalkeeper Andries Noppert between the sticks, the Dutch underperformed in the group, despite taking first place and remaining undefeated. They were outplayed by Senegal before scoring two late in the game, to start things off with a 2-0 win. Then they drew their game against Ecuador, again without being particularly aggressive. And they finished off with an easy 2-0 victory over hosts Qatar, by far the weakest team we have seen compete in a World Cup for a while. But then came the Round of 16. The Dutch showed signs of dominance, beating the USA 3-1, behind an absolutely incredible performance by Denel Dumfries.

As for their opponents, how did Messi and his gang find themselves in the Netherlands vs Argentina quarter-final? Things could have started a better way. Three disallowed goals and a horrendous second-half performance let Saudi Arabia come from behind and win 2-1 in a game Argentina had no business losing. This actually led to an introspection session. Scaloni’s men acknowledged their problems and apparently worked on them, as since then we have experienced a different Argentina. The 1-0 victory over Mexico was easier than the scoreboard might suggest and so was the 2-0 win over Poland. And then, in the Round of 16, Argentina played great for about 75 minutes, ultimately winning 2-1. Again, more comfortably than the final score might lead you to believe.

The only Dutch players not to train on Sunday were Jeremie Frimpong and Stefan de Vrij. They will both be ready for the Netherlands vs Argentina quarter-final, although non of them was expected to start either way. Frimpong was never going to take over Dumfries at right-back, while in the centre of defence, the three spots available are contested between the other four centre-backs of the roster, namely Virgil van Dijk, Nathan Ake, Jurrien Timber and Matthijs de Ligt. Memphis Depay is at last ready to play a full 90 minutes, and will once again partner up with Cody Gakpo up front.

There are a handful of Dutch players in card trouble and could miss a potential semi-final should they get booked against Argentina. These are de Ligt, Ake, F. de Jong and Koopmeiners. After the quarter-finals, the card record is wiped, so everyone will go into the semi-finals not fearing they could miss the final due to a second yellow card.

Papu Gomez is a major doubt for the Netherlands vs Argentina match. The Sevilla winger sprained his ankle in the game against Australia and hasn’t participated in a full training session since. That being said, Angel di Maria was probably going to replace him either way, while Paulo Dybala is thought to be ready to help for about 40-50 minutes (including a potential extra-time) if needed.

Lautaro Martinez has been out of form in this tournament, but with Julian Alvarez playing magnificently as a winger and Messi taking over as a false nine, Lionel Scaloni shouldn’t be as worried.

The biggest problem leading into this Netherlands vs Argentina match surrounds Rodrigo De Paul’s condition. The Atletico Madrid midfielder trained separately from the rest of team on Wednesday and is expected to miss the match. He has been probably the second-best player for Argentina in this tournament and his absence could be a major blow.

The set of odds is fair. Argentina is the slight favourite. But the history between the two teams dictates that there is a very strong possibility of the winner being decided on extra time or even penalties.