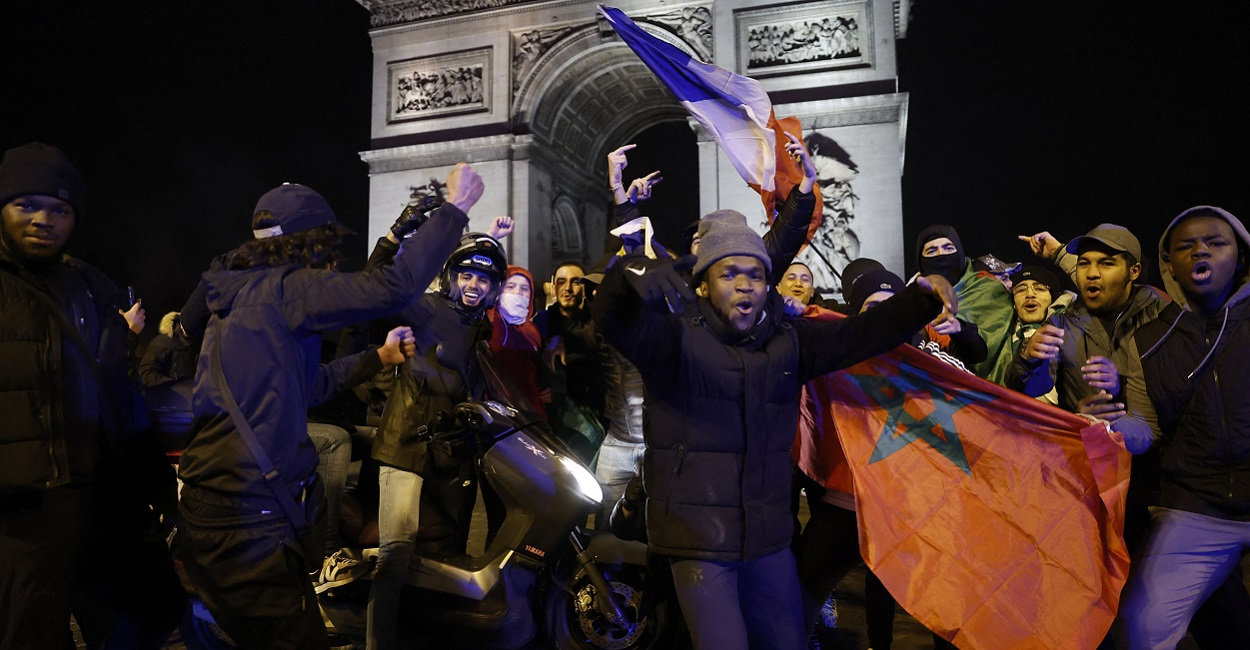 It’s time for the second semi-final of this magnificent World Cup, one of the best we have ever seen, regardless of all the behind-the-scenes drama. The level of football we have experienced is beyond any expectations. The most basic of France vs Morocco predictions is that it will be yet another thrilling match, one for the ages.

Before we move on to my actual France vs Morocco predictions, remember that you can bet on the World Cup semi-final risk-free with an exclusive free bet offer.

The reigning Champions versus the first African team to ever reach the semi-finals of a World Cup. This might not be the Final-4 match most of us might have expected, but it is certainly a match that has the ability to captivate audiences around the world, as we are already watching one of the most universal World Cup final stages we have ever seen.

In order to better evaluate the game and end up with my final France vs Morocco predictions, I should first walk you through some key factors that might affect the outcome of the match and give us a stronger starting point in order to end up winners in the end.

A Perfect Starting XI and a Deep Roster

I could start my France vs Morocco predictions from anywhere else. France has a perfect Starting XI. And mind you that Didier Deschamps cannot depend on some players that were supposed to start for his France in the World Cup. N’Golo Kante and Paul Pogba were supposed to be the midfield duo, before getting injured. Ballon d’Or winner Karim Benzema would be the starting striker until he was ruled out of the tournament. Lucas Hernandez only played a handful of minutes in Qatar before getting injured. If not hurt, Presnel Kimpembe would also fight for a starting spot in defence.

Having said all this, what do we see? We see Hugo Lloris between the sticks. A defence of Kounde, Upamecano, Varane, and Theo Hernandez. A surprisingly good midfield of Rabiot and Tchouameni. And up front you have the playmaking genius of Antoine Griezmann, an Ousmane Dembele who can upset your back line with a moment of brilliance, an Olivier Giroud who is scoring when he wants, and a Kylian Mbappe who shows that there is a valid reason for him already being in the discussion for the best footballer on the planet.

Morocco is as Solid as it Gets

OK, then. If the Tricolores are so good, why is there even an argument, right? France vs Morocco predictions are practically writing themselves. Of course not. It is no accident that Morocco has reached the best four teams in the World. They beat Spain and Portugal in the process, it cannot be that simple. No opponent has scored against Morocco just yet. The only goal conceded by Yassine Bounou was scored by one of his teammates, an own goal by Nayef Aguerd.

What is the reason behind that? The reason is that Morocco is the most disciplined team in this whole tournament. And this is due to Hoalid Regragui’s work. The French-born coach did what Vahid Halilhodzic couldn’t. He made his players set their differences aside (there was a huge argument between those players born abroad and the home-grown talent. You can beat them. But you must sweat to do so.

France is Deadly but Vulnerable

So Morocco is not conceding goals. Will they be able to stop the deadly French offensive line? I doubt it. But one of the main picks in my France vs Morocco predictions today is for both teams to score. Why? Well, it is the trend of the tournament. France has not scored in every game in this World Cup. But they have conceded exactly one in every single one of their matches. I would not be at all surprised if the trend continued. And the both teams to score option bears immense value at 2.30.

Kylian Mbappe will have one of his Paris Saint-Germain teammates and dear friend, Achraf Hakimi, marking him in this France vs Morocco game. Hakimi is great in this tournament, one of the top right-backs in the world. But he will be matched up with one of the most elite wingers football has ever seen. He knows that in order to stop him, he should foul him at some point. The strongest of my two picks in today’s France vs Morocco predictions is for Achraf Hakimi to be booked during the match.