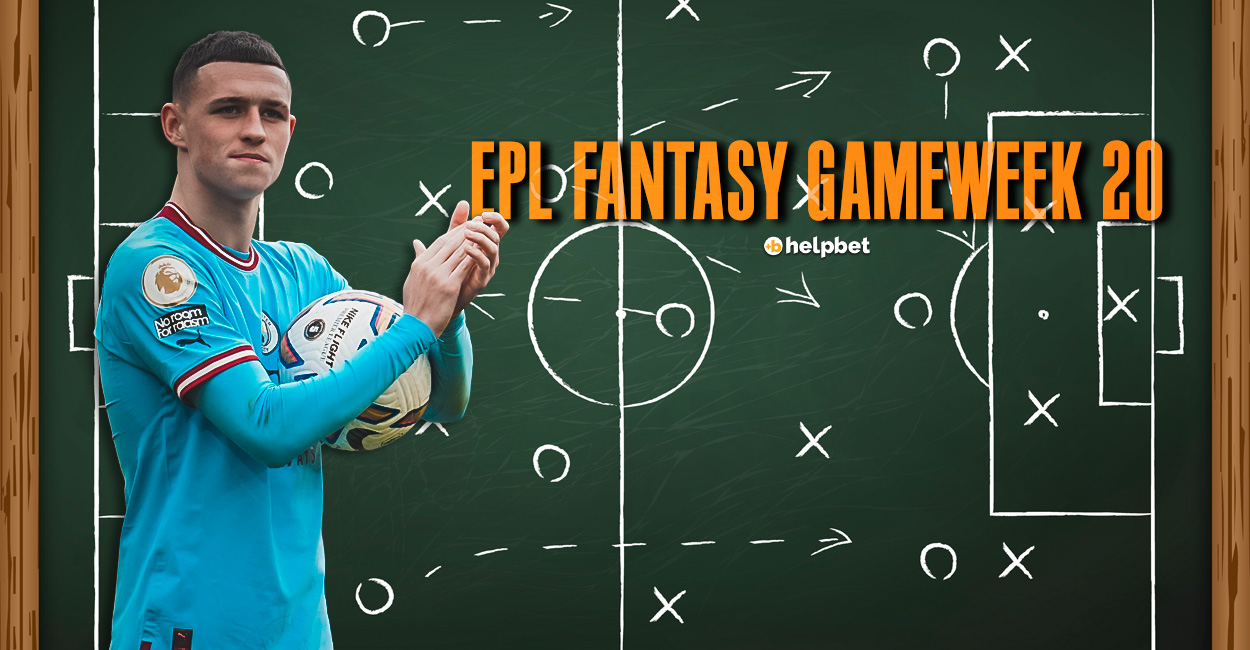 It has been a strange season so far, with plenty of fixtures getting cancelled at some point. This leads to double weeks. And on EPL Fantasy Gameweek 20, there are not one, not two, but four teams having double weeks. Manchester City, Manchester United, Tottenham, and Crystal Palace all play twice. But they all have hard fixtures, so how do fantasy players approach that? Well, check out Gameweek 20 player picks to find out. Oh, and remember the first tie of the week is Friday evening, so make sure you have completed your transfers before the Friday deadline.

Chelsea vs Crystal Palace
Newcastle vs Fulham
Tottenham vs Arsenal

De Gea is the hottest goalkeeper in the game since the World Cup break. He has three straight clean sheets, tallying up 21 points in the process. He does have a tough game against Manchester City, but this shouldn’t scare you. He has a double week and the second game is a much easier one, against a lately struggling Crystal Palace team. Plus, De Gea doesn’t need any clean sheets to record some big point returns. He is so productive when it comes to saves, that the only no-gain match this season was the 6-3 loss to City over at the Etihad. Even then, with three saves, he was able to get a 0, instead of a negative score.

Still incredibly affordable, the second-highest-scoring goalkeeper of the EPL Fantasy season, has a rather favourable game on Gameweek 20. Brentford play Bournemouth and David Raya can keep a clean sheet at home. He did so in the first round when his Bees got a scoreless draw out of their visit at Bournemouth.

Trippier is an absolute star in this year’s Premier League Fantasy. He combines defensive points (as part of an excellent Newcastle defensive line) with offensive productivity. He is third in overall points and first among defenders, having almost 50% more points than the second on the list, his Newcastle teammate, Fabian Schar. It doesn’t matter who the opponent is. Just pick him.

Picking Luke Shaw last week might have been the best choice of the season. He hope you followed our advice, as United’s left-back was due a goal and it came. He is scoring like crazy recently and he is now having a double week.

Spurs have a tough double week, facing the top-two teams of the Premier League table. Ivan Perisic, however, can overcome that by getting a few offensive points. He has proven he is a top-class assist-giver, but can also score and his first Premier League goal might not be that far.

Tyrone Mings is the cheap option of the week. Costing just 4.3 million he can return a few points with a potential clean sheet. And recently he started taking more and more offensive responsibility.

Three goals and an assist in the past three games. Not bad for a player who is classified as a midfielder and only costs 7 million. And he has a double fixture in front of him, as he is expected to start both games.

This is a risky pick. There is a chance Phil Foden will remain on the bench for the match against United, after the great perfomances by Mahrez in the EFL Cup and the FA Cup ties. But if he plays in both games, Foden can be the week’s goldmine. Remember what he did when he faced United earlier this season? He had a hat-trick.

Zaha’s contract is expiring and he will most likely leave Palace in the summer. He is playing for a new contract and all eyes will be on him this week, when he faces Chelsea and United. Even one goal can make him one of the most valuable players of Gameweek 20.

If you are looking for a budget option for Gameweek 20, Philip Billing might be your man. He is cheap and is always up for a big return. He is now facing a Brentford team that is not scaring anyone.

If not now, when? Haaland is the most amazing thing we’ve seen in the Premier League for years. He should be your captain once again.

Ivan Toney knows he will soon be suspended for wuite some time. Until then, he will continue scoring goals for Brentford like it’s nobody’s business.